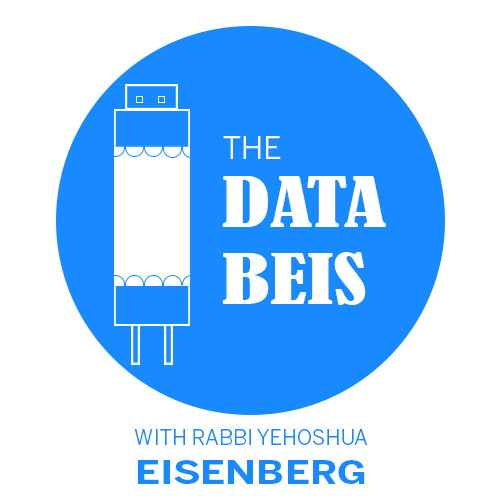 BIG announcement on the way, Be”H. Read to the end.

After Hashem brought the Flood and destroyed the morally debased world, Hashem’s “Plan B” for mankind began with Noach and his sons. But that plan apparently fell short when the Dor HaFlagah rebelled against Him. Plan C was evidently to be carried out by Avraham Avinu. The question is: Why was Avraham chosen?

Whereas Noach’s chosen-ness was made unequivocally clear when the Torah attested to his righteousness, we have to rely on Midrashim to see such depictions of Avraham. Indeed, the Midrash provides plenty of background and goes at length to relate Avraham’s heroism back in Ur Kasdim, but again, the Chumash does not seem to divulge the basis for his chosen-ness.

Instead, the Torah omits all of that history and picks up afterwards where, seemingly out of the blue, Hashem extended an offer Avraham, then Avram, to leave his homeland. The pitch was that if Avraham would follow Him to an undisclosed land, then Hashem would grant Him a great name among other rewards.

Considering the above, why was Avraham chosen? If his self-sacrifice for G-d at Ur Kasdim was the reason, we would think that the Torah would be clear about that. Perhaps, the real reason Avraham was chosen was something much more fundamental, and perhaps less dramatic. But, what was it? How did he drastically depart from the previous generation?

In order to answer that second question, we have to address the following: What was the flaw in the previous generation, the flaw in Plan B?

A Name for Themselves

The flaw in the Dor HaFlagah was the G-dless worship of “advanced,” human society. The Chumash states that they wanted to make a name for themselves; “V’Na’aseh Lanu Sheim”-“And we will make a name for ourselves” [Bereishis 11:4]. That was apparently the great sin of the generation, the reason for which G-d absolutely had to intervene and quash their agenda.

When we carefully consider Hashem’s intervention against this expressed goal of the Dor HaFlagah and then look at Hashem’s offer to Avraham, one might notice what looks like a contradiction of sorts. The crime of the Dor HaFlagah was that they sought to make a name for themselves. And yet, that is precisely what Hashem offers Avraham, a great name; “Va’Agadlah Shimecha”-“and I will make your name great” [Ibid. 12:2]. If seeking renown was the sin of the Dor HaFlagah, why would G-d offer Avraham that very prize?

A Name for Whose Self?

But, of course, there is no contradiction. The difference between Avraham and the Dor HaFlagah was the end goal. The Dor HaFlagah built a tower to make a name for themselves, purely for themselves. And they would have erased the Name of G-d to do that. But, what about Avraham Avinu?

How, in fact, did Avraham depart from the Dor HaFlagah? By doing literally just that. He physically departed, daring to dissent, even if it would mean forgoing his own reputation. The evidence is that when Hashem promised Avraham that He would in fact make Avraham’s name great, the Chumash testifies plainly that instead of staying local and building a name for himself, he traversed the world, built altars to Hashem and constantly declared the Name of G-d, not his own; “Vayikra B’Sheim Hashem”-“And he declared the Name of Hashem” [Ibid. 12:8].

No, the Torah does not discuss the spectacular martyrdom of Avraham Avinu, and maybe, that’s the point. He did not allow himself to be thrown into a furnace for personal renown. No, the Torah doesn’t attempt to “justify” Avraham’s chosen-ness with an introduction about how he made a name for himself, but merely describes the more mundane actions he took to spread the Name of G-d. If Avraham was going to accept the reward of a “great name,” it would be solely for that purpose, to be Mikadeish Sheim Shamayim, to ascribe sanctity to the Name of Heaven, to declare Hashem’s Name.

With all of the above in mind, I want to take this opportunity to announce the launch of my brand-new Torah podcast (courtesy of Jewishpodcasts.org):

The podcast will feature multiple series, spanning from (but not limited to)…

Torah-based discussions (and hopefully panels and/or interviews) on miscellaneous topics.

With that, I humbly ask that you accept my invitation and visit The DataBeis. Be”H, you won’t be disappointed. Though a podcast is forum for gaining exposure and making a name for oneself, something which we all would enjoy (as I would myself), I pray that the goal should be (and I should succeed) to spread Toras Hashem and be Mikadeish Sheim Shamayim.

(If you would like to know when I produce new content, please let me know and you will be “entered” into The DataBeis WhatsApp group. And if you would like to graciously offer an $18 sponsorship from MA’ASER money for a Shiur which would earn you a shout-out and Zechus/dedication, simply contact me at either 7189134790 or at TheDataBeis@gmail.com.)

May we all be Zocheh to spread the Name of Hashem to the world, be Mikadeish Sheim Shamayim, and Hashem’s Name should be known throughout the entire world in the most complete fashion with the arrival of the Geulah and the coming of Moshiach, Bimheirah BiYomeinu! Have a Great Shabbos!
-Yehoshua Shmuel Eisenberg 🙂