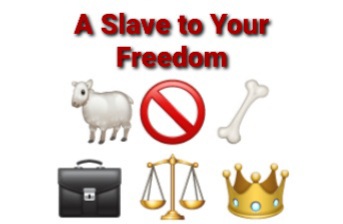 This D’var Torah should be a Zechus L’Ilui Nishmas my sister, Kayla Rus Bas Bunim Tuvia A”H, my maternal grandfather Dovid Tzvi Ben Yosef Yochanan A”H, my paternal grandfather Moshe Ben Yosef A”H, my uncle Reuven Nachum Ben Moshe & my great aunt Rivkah Sorah Bas Zev Yehuda HaKohein.
It should also be in Zechus L’Refuah Shileimah for:
-My father Bunim Tuvia Ben Channa Freidel
-My grandmothers Channah Freidel Bas Sarah, and Shulamis Bas Etta
-MY BROTHER: MENACHEM MENDEL SHLOMO BEN CHAYA ROCHEL
-Mordechai Shlomo Ben Sarah Tili
-Noam Shmuel Ben Simcha
-Chaya Rochel Ettel Bas Shulamis
-Nechama Hinda Bas Tzirel Leah -And all of the Cholei Yisrael, especially those suffering from COVID-19. -It should also be a Z’chus for an Aliyah of the holy Neshamos of Dovid Avraham Ben Chiya Kehas—R’ Dovid Winiarz ZT”L, Miriam Liba Bas Aharon—Rebbetzin Weiss A”H, as well as the Neshamos of those whose lives were taken in terror attacks (Hashem Yikom Damam), and a Z’chus for success for Tzaha”l as well as the rest of Am Yisrael, in Eretz Yisrael and in the Galus.

“A Slave To Your Freedom”

Among the many laws of Korban Pesach, the Torah forbids one from fracturing the bones of the Paschal lamb, “V’Etzem Lo Sishb’ru Vo”-“and a bone, do not break in it” [Shemos 12:46].

Although we may have never before thought twice about this prohibition, perhaps not even once, there are fundamental lessons about the Exodus hidden within it. What exactly is the reason for this prohibition? Why, in fact, did the Torah forbid us from breaking a bone of the Korban Pesach ?

There are actually multiple approaches to this prohibition offered among M’forshim. The Torah Temimah cites at least two seemingly opposite reasons.

The first, which is also suggested by Chizkuni, Rashbam, and Bechor Shor, is that the whole prohibition is meant to assure that the Korban Pesach be consumed in a way that conforms to “Derech Chipazon” or the “way of haste.” Indeed, “haste” was a thematic characteristic of the original Korban Pesach as it was eaten in Mitzrayim with a sense of urgency. That was because, at any moment, the B’nei Yisrael who were consuming it needed to be ready to be dismissed and released from the land of their bondage and affliction. And when one eats meat in haste, one does not have the luxury of taking apart the bones so as to suck the marrow out of them, but one quickly consumes the meat and just discards the bones whole. Thus, the first approach is “Derech Chipazon,” haste and urgency.

And yet, the second approach which is also cited by the Chizkuni is that the Korban Pesach is to be eaten “Al HaSova” or at the point of relaxed satiety, and one who breaks apart the bones while consuming the Korban Pesach would appear ravenous.

In this vein, Sefer HaChinuch [Mitzvah #16] writes that it isn’t the way of B’nei Melachim and Yo’atzei Aretz, or princes and noblemen, to break apart and suck the bones when eating meat. To eat in such a way is, in fact, the way of a ravenous pauper, certainly beneath the dignity of a royal people who is no longer in a state of abject servitude. Thus, this second approach is that of “Derech B’nei Melachim,” dignity and nobility.

The question is if the two approaches are contradictory by nature. Urgency appears to be the opposite of luxury. Indeed, a royal prince is not rushed. And of course, one who feels rushed is likely not a product of pure royalty. And perhaps, on a most basic level, it is likely that the two approaches are entirely separate, but also equally important symbols of Pesach. In fact, there are many Mitzvos of Pesach that invoke opposite meanings, for example the Matzah itself which is symbolic of both slavery (“poor man’s bread”/”bread of affliction”) and freedom (as it was the bread we ate on our way out of Egypt).

But, perhaps, between these two approaches is a basic lesson about a delicate balance that is definitional of true freedom. The definition of this true freedom is easy to miss in our common (mis)impression of what freedom is. In fact, it is not at all intuitive.

One might think that true freedom is the ability to have whatever one wants, such that as soon as that object is available, one will grab it. Another might correctly argue that, of course, this lack of self-control is really just the most profound form of slavery. It is slavery to one’s desires and inclinations.

Pharaoh – Enslaved to His Heart

In fact, when Hashem “strengthened” and “weighed down” Pharaoh’s heart, what He really did was He forced Pharaoh into a reality where he could not overcome and resist his own preferences, even when all reason told him otherwise. Although we may think that <span;>Hashem withdrew Pharaoh’s free will, what He really did was lock him into his own original decision and demonstrated what slavery looks like. He enslaved Pharaoh to himself.

In this vein, some might argue that true freedom really entails a sense of security and the luxury of relaxation that comes from the knowledge that one has all the time in the world and all the means to achieve what he desires.

But, perhaps that also does not represent true freedom. Granted, acting out of pure hunger and desperation is obviously not being free, but, neither is having zero sense of urgency and purpose. Too much “free” time is not free. In fact, it can be quite costly, especially if it is not used purposefully. With too much down time, one conditions himself to be lazy, unproductive, lacking in purpose, and can eventually become depressed. The Gemara [Brachos 3B, 9B] records how the gentile kings would just sleep in every day; umbridled power and royalty does not make for the most fulfilling, flattering and liberating life. And ironically, with so much of this luxurious “freedom” often comes a profound deal of mental paralysis and slavery.

According to Sforno, this second kind of slavery was precisely what Hashem was liberating the B’nei Yisrael from when He declared “HaChodesh HaZeh Lachem”-“This month shall be yours” [Shemos 12:2], that they would finally be able to manage their own time. What did they suddenly gain? They were not merely being granted “free” time, but rather the ability to control, organize, and allocate their time specifically so that they would have a framework to busy themselves with meaningful and purposeful tasks.

A Slave to Your Freedom

So, in the end, what is the secret to true freedom? “Don’t break the bones.” That is to say, on the one hand, don’t be a desperate glutton. Stay calm and contained, and never forfeit your dignity for that last piece of meat on the bone. On the other hand, live with a healthy sense of urgency. Don’t sit around and just suck the bones dry. Always have what to do and somewhere to be. Have a destination. Have a purpose. At the end of the day, in whatever form, don’t become a slave to your own freedom.

May we all be Zocheh to lives of true freedom, live in the most purposeful and liberating life in service of Hashem undisturbed in the times of the Geulah with the coming of Moshiach, Bimheirah BiYomeinu! Have a Great Shabbos!
Yehoshua Shmuel Eisenberg