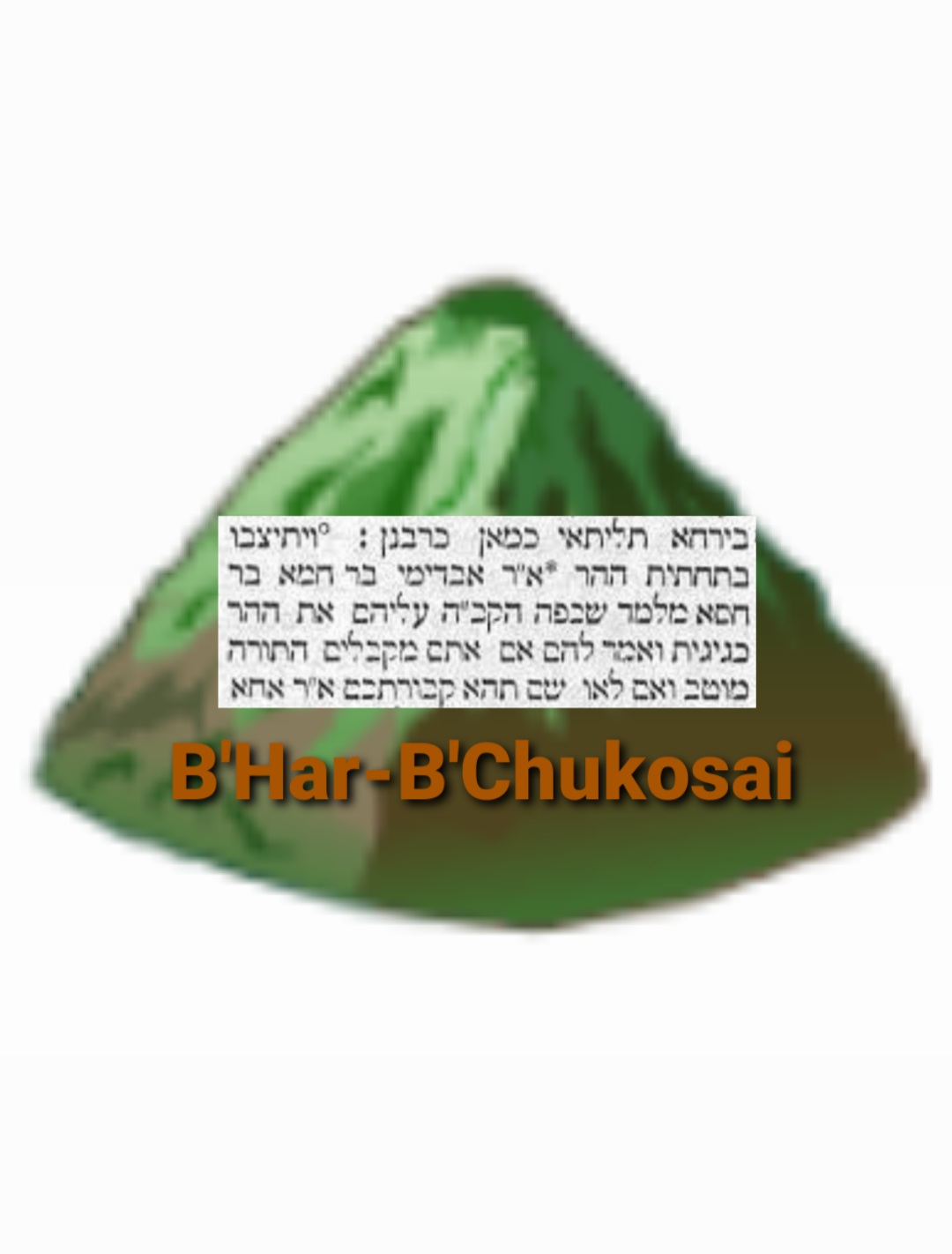 This Shiur is dedicated to the Refuah of those injured in the tragic Meiron incident, the Ilui Neshamah of those who were killed in the incident, and the Nechamah/Menuchas HaNefesh of their families.

(The audio version will be available later today in the link above.)

At the end of Sefer Vayikra, the Torah sets the stage at Har Sinai. It was apparently at Har Sinai where Hashem communicated the laws of Sh’mitah, the Sabbatical year of the land. Similarly, it was at Har Sinai as well where the terms and conditions of our observance of Sh’mitah and the Torah at large were presented. Of course, that alone could not justify the Torah’s specification of the setting, because after all, all of the Mitzvos of the Torah were communicated at Har Sinai. Thus, Rashi famously asked, “Mah Inyan Sh’mitah Eitzel Har Sinai”-“What (matter) has Sh’mitah got to do with Har Sinai?” A full answer to this question would have to justify and reveal the link between these two seemingly unrelated topics.

The Distance Between Sinai & Sh’mitah

The problem is that Sh’mitah and Har Sinai, at first glance, have little to do with each other. This issue is bolstered when one considers the quite considerable “distance” between Har Sinai and Sh’mitah. What do I mean? Granted, Sh’mitah was taught at Har Sinai, once again, as was every other Mitzvah. But, when would Sh’mitah actually become relevant? Certainly not when the B’nei Yisrael were at Har Sinai. On a Biblical level, Sh’mitah only exists in Eretz Yisrael, no where near Har Sinai. It is for this reason that many of the M’forshim (see Ibn Ezra and Sforno for example) point out that the Parshah of Sh’mitah was pushed off all the way to the end of Sefer Vayikra, because now, the B’nei Yisrael were preparing to actually enter Eretz Yisrael when Sh’mitah and the consequences enumerated in B’Chukosai would be relevant. (Otherwise, explains Ibn Ezra, perhaps the laws of Sh’mitah really did belong near Har Sinai, in Parshas Mishpatim.) If all of the above is true, then why then would the Torah go to such efforts to bridge this wide “gap” between the site of Har Sinai and the Israel-exclusive Mitvah of Sh’mitah?

But, perhaps that is precisely the point. Indeed, there is a considerable gap between Har Sinai and Sh’mitah, between the wilderness and the Land of Israel. And because of that gap, one may be lulled into a false sense of security as it were, that events of Har Sinai and the obligations of the covenant we forged there were a thing of the past. After all, one day, as a nation, we would exit the Clouds of Glory, enter the Land of Israel, and eventually, begin to live normal lives. And perhaps, for some time, we would observe the rules and regulations of Sh’mitah. But, when the going gets tough, who knows? The answer to this rhetorical question is that, actually, WE know what will happen when Sh’mitah and the Torah at large are neglected and violated. The Torah informed us in Parshas B’Chukosai, and in history, we, as a nation, had the great “misfortune” of experiencing it in real time.

“There will be your grave”

In this vein, perhaps we could better understand the epic depiction of Ma’amad Har Sinai as it is presented in the Gemara [Shabbos 88A]; “Kafah Aleihem Har K’Gigis,” that Hashem uprooted Har Sinai and held it over the B’nei Yisrael like a massive wine barrel or vat, and warned us, “If you accept My Torah, then all is well; but if not, then there will be your grave.”

What exactly is the message? We know that the B’nei Yisrael were prepared to accept the Torah with overwhelming enthusiasm and faith, the attitude of “Na’aseh V’Nishma”-“we will do and we will listen/understand” [Shemos 24:7; See Shabbos 88A]. Why was any extra coercion necessary? And what exactly does the Gemara mean when it suggests that Hashem threatened that “Sham Tehei Kevuras’chem”-“there will be your grave”? Was He literally about to drop the mountain on them? Moreover, why would He specify that “there will be your grave”? Should it not be “here” will be your grave?

There are many answers to this question. But, perhaps a most basic answer emerges from B’Har-B’Chukosai.

The seemingly coercive threat at Har Sinai was, in fact, not a “threat at Har Sinai,” but it was a reality for the B’nei Yisrael in all generations, times, and places. Wherever we go, Har Sinai and the Sinaitic covenant follow us. Even when we are far away from the wilderness of Sinai, we will always be there, at Har Sinai The uprooted mountain hovers over us every single moment of our lives. And although, at a single moment in time, we may be inspired and motivated to serve Hashem with utmost devotion, declaring and pledging our dedication at the top of our voice, that does not necessarily mean that we will keep up with that dedication when the going gets tough and we are uninspired. The Tochachah in B’Chukosai is not just a list of punishments, but it is a contract which we signed at Har Sinai. It is the hovering mountain reminding us that if we do not act upon the dedication which we all intrinsically have, “there” will be our grave. Not “here” or the place where we chose to give up, but “there,” the precise location where we pledged in the first place to be “dedicated.” It will be at Har Sinai where we will have failed Hashem. Our very inspiration will have failed us if we fail to act on that inspiration and concretize it for life. If we fail to “die on the mountain” as it were, then our inspiration will die under that mountain. Because if we don’t live according to that inspiration, what purpose has it served us?

As Shavuos approaches, not just the memory, but the reality of Har Sinai should continue to hover over our heads and not just remind us of the inspiration we had and the dedication we once pledged, but that the terms of our covenant are forever intact. And if we make the efforts to accept Hashem’s Torah every day of our lives, then indeed, all will be well…

May we all be Zocheh to harness the inspiration of Har Sinai, truly accept the Torah, and merit all the “good” that comes with the fulfillment of Hashem’s Torah, and we should experience only that “good” with the coming of Moshiach, Bimheirah BiYomeinu! Have a Great Shabbos Mevarchim Sivan!