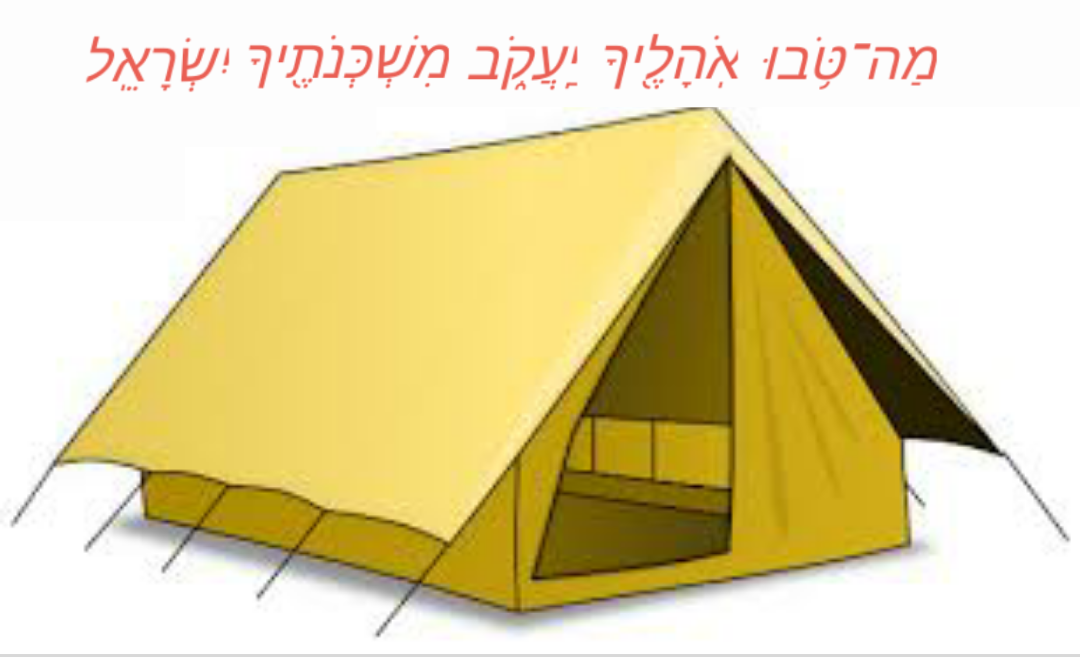 ● How did Bil’am craft such a successful Plan B? ●

“Goodly Tents – On the Outside Creeping In”

Parshas Balak, we know, tells the famous story about the wicked Bil’am and his mission to curse the B’nei Yisrael. Bil’am, a sorcerer and perhaps a prophet, was hired by then king of Moav, Balak, to curse the B’nei Yisrael so that they would fall before Moav in battle. This story is often viewed as comedic considering the fact that even after Bil’am had been warned by G-d not to curse the people, he stubbornly ignored the warning only to continue on towards utter failure as he unwittingly blessed the nation according to G-d’s word. Moreover, Bil’am was completely humbled when his she-donkey miraculously told him off, leaving him dumbfounded.

While the scene of Bil’am’s humiliation is normally the celebrated section of this Sidrah, one cannot overlook the end of the story. Although Bil’am attempted to curse Am Yisrael undoubtedly to no avail, Bil’am did not exactly lose at the end of the story. Parshas Balak ends with twenty-four thousand Israelite casualties resulting from Bil’am’s new and improved plot.

When Bil’am saw that he could not curse the people no matter how hard he tried and that G-d would only turn his every word to blessing, he employed Plan B which entailed sending Moavite and Midianite women to seduce the B’nei Yisrael and entice them to serve the idolatry known as Ba’al Peor. Bil’am succeeded and G-d’s “anger” flared against the people, an exact fulfillment of Bil’am and Balak’s goal from square one.

The question is how this incredibly unfortunate turnaround occurred, how Am Yisrael had gone from a landslide victory to a humbling defeat so quickly. Anyone reading the first two thirds of Parshas Balak could see only a nation on a roll. The B’nei Yisrael may not have even had the slightest clue that Balak and Bil’am were ever plotting against them, yet, they were standing tall. G-d’s mercy and love for the nation prevailed over His anger and Bil’am seemingly couldn’t do a thing about it. He was rendered powerless. How then did the nation ultimately topple over and fail so miserably? How did Bil’am succeed in the end? How did he craft his Plan B?

A STEP BACK: The Flaw in Plan A

In order to understand how Bil’am turned the tables on Klal Yisrael, one has to first understand the goal of his assignment in the first place. After seeing the B’nei Yisrael miraculously plow through the people of Emori1, Balak seemed to have understood that this nation was really something else. They had a “power” of some sort on their side, so the only chance of defeating them would be through some extraordinary divine force, perhaps the perfectly placed curse.

With that, Bil’am was summonded. Indeed, Bil’am too recognized that this nation was unique. However, Bil’am was not as confident or perhaps as stubborn as Balak was, having been warned by G-d Himself that he would not be able to curse the people, that he could declare only what G-d would see fit. After multiple attempts to curse them, Bil’am not only failed, but he was given prophetic messages forcing him to spew forth blessing after blessing toward the B’nei Yisrael, completely counter-productive to his calling. Bil’am was admittedly incapable of cursing the people.

But, why couldn’t Bil’am get the words out? Why couldn’t the curses be pronounced? Indeed, G-d didn’t allow them to, but why not? Why did G-d reverse nature and intervene here? Why did G-d withdraw this protection later?

The simple difference between the Bil’am’s Plan A and his Plan B was G-d’s “anger.” Bil’am understood that he could not utter an effective curse if G-d manifested no anger at the B’nei Yisrael.2 He needed to get G-d justifably “angry” at the people. That would be the basis for Plan B. The question for Bil’am though was how to do that.

Bil’am presumably figured that if he could somehow compel the B’nei Yisrael to engage in Avodah Zarah—idolatry—that would likely do it. But, how in the world was he going to get the people to serve Avodah Zarah? In hindsight, we are aware that he used the medium of the women of Moav and Midian who would intermarry with the B’nei Yisrael and convince them to serve idols, but how did Bil’am come up with that idea? Was it merely because men have a natural lust for women? Even if they do, to sink down to idolatry is quite an extreme measure for mere marital pleasure. That it even worked is itself shocking. How could Bil’am have figured out that this would be the key to his success? How did he ultimately know to put together this new scheme?

The answer to all of these questions may lie in Bil’am’s most famous prophecy concerning the B’nei Yisrael. The Chumash relates that as Bil’am overlooked the encampment of the B’nei Yisrael, he declared, “Mah Tovu Ohalecha Yaakov Mishkenosecha Yisrael”-“How goodly are your tents, O Yaakov, your dwellings, O Yisrael!”3

Apparently there was something intrinsically different about this people and its connection to G-d, and it was residing in their tents and dwellings. What was it? It was the sanctity and purity of the “Jewish home.” The homes of the B’nei Yisrael were sheltered from the contamination of the outside world, making them a safe haven of spiritual growth. Their homes were protected by an untouchable spiritual fire, at least for Bil’am and any nation of the world, who was on the outside looking in. So long as Bil’am remained outside, he was incapable of overcoming the B’nei Yisrael. While the B’nei Yisrael were sitting in their tents minding their own business and serving G-d with that innocence and purity, no one could do a thing. The outsiders could slander and plot all they want, but they could not harm the B’nei Yisrael. G-d would not let them. With this spiritual fire in tact, the B’nei Yisrael would only continue to plow through their every enemy.

Bil’am realized that and desperately concocted a plan to defeat the B’nei Yisrael the only way he could. He would have to somehow disturb the sanctity of the “Jewish home.” Thus, he sought out a way to creep in and impose on the purity of the tents of Israel. He would have to get the B’nei Yisrael to open their doors to the outside world and welcome in the surrounding culture and the impurities that it breeds. Thus, it was not merely the biological desire to live with these women that caused the people to stray, but it was the slow incorporation and increased tolerance of a fundamentally impure and unholy culture that made the difference. The women merely got the doors open.

BOUNDARIES: On the Outside Creeping In

Where the nation went wrong is obvious. They were doing fine until Bil’am dispatched the Moavi and Midiani women against them to seduce them into serving Ba’al Pe’or. But, had they held up their guard and refused to allow this contaminant from the outside to slither its way into their tents, they would not have fallen. It is when we open our doors and allow the evil entry that the boundaries are breached.  It is when that impurity finds a place in the comforts of our homes that we become immediately prone to defeat. Little by little, this contaminant infects our homes and drags us down to the point in which we are “attached” to the Avodah Zarah, as the Pasuk in our Sidrah describes.4

The narrative of Balak and Bil’am reveals a frightening reality, applicable to Jewish life in every generation, becoming more and more relevant each passing day in the raging currents of modernity. We’re often preoccupied and worried about the plots and schemes of the outside world against Am Yisrael. Indeed, they’re all very real and extremely terrible—the massacres, the holocausts, the antisemitism, etc.

But when Am Yisrael is truly residing in its own tent in purity and harmony, minding its own business and steadfastly maintaining Hashem’s charge, the nations of the world can only plot. They can only try to mutter their curses, but ultimately be forced to acknowledge the undoubted blessing and glory of Hashem’s people. It is when we let the impurity of the world infiltrate and disturb the purity and harmony in the tents of Israel that the outsiders begin to have an edge. It is when we allow the filth of licentiousness, baseless hatred among brethren, assimilation or anything that forces us to compromise our Avodas Hashem that we end up in jeopardy. Indeed, more than all the wars and massacres of our history, it is the assimilation and the adulteration of the tents of Israel that has and continues to take the lives of our people.

In the end, as long as the evil is on the outside looking in, Am Yisrael lives. Let them plot. Let them try to curse. In the meantime, we must not let them creep in. We must continue to live in the holy way of Hashem and maintain the goodliness of our tents.

May we all be Zocheh to maintain the purity and spiritual goodliness of our national and individual tents, steadfastly serving Hashem to our utmost abilities, triumph against our enemies who should be forced to blessed us by the Word of Hashem for generations to come, in the days of our Geulah and the coming of Moshiach, Bimheirah Biyomeinu! Have a Great Shabbos!
-Yehoshua Shmuel Eisenberg 🙂