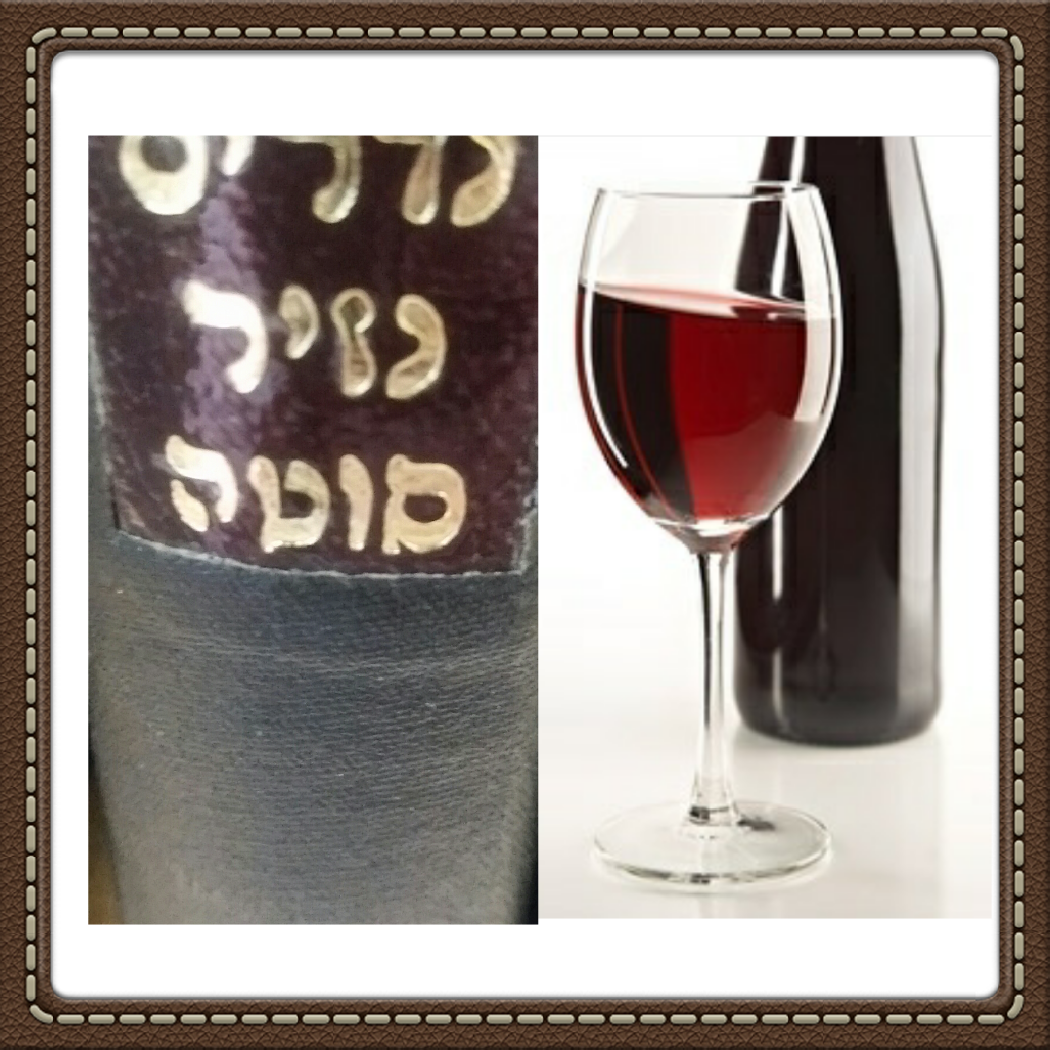 ● Why should one who sees a Sotah become a Nazir? Is the sight of her trial not sobering enough? ●

“Levity to Gravity – Don’t Be Fooled”

As was mentioned, Parshas Nasso features a couple of seemingly “miscellaneous” law topics. Among them, there are a couple of topics which Chazal saw as an intended pair. In this quest, we will be examining the relationship between this pairing as per Chazal’s insight.

The first topic of the “pair” which the Torah discusses is the laws of the Sotah.1 The Sotah, or the “wayward wife” is a married woman who had apparently secluded herself with another man and is therefore suspect of having committed adultery. The husband of the Sotah-in-question is commanded to bring his wife to the Kohein for an exhaustive procedure which includes a “degradation” process (i.e. her hair is uncovered). The ritual concludes as the Kohein writes the oaths of the Sotah onto a scroll, erases it into bitter waters for the Sotah to drink, whereupon which she will either die a grotesque death from a stomach implosion if she is guilty or she will live and return to her husband, blessed to bear a child.

NEXT STOP: The Nazir

The subsequent section discusses the laws of the Nazir.2 The Nazir or the Nazirite is one who takes a vow of extreme abstinence which includes strict prohibition of becoming ritually contaminated from a human corpse, imbibing any wine or other grape products, and even getting haircuts. The period of Nezirus is followed by the Nazir’s bringing of an offering, the shaving of his hair, and his ceremonious return to the drinking of wine.

Now, Rashi famously points out that the Torah puts the laws the Sotah and the Nazir right next to one another to teach that one who sees the degradation process of the Sotah should abstain from wine by becoming a Nazir.3 Presumably, the takeaway message is that one who sees the effects of the Sotah’s folly which resulted from her lightheadedness and sensual passions should be extra cautious, as anyone can easily fall victim to temptation. Thus, the eye-witness should position himself on the opposite extreme of levity, namely the side of sobriety and gravity. He is urged to become a Nazir. The days of Nezirus, or the Nazir’s temporary abstinence, would hopefully bring the Nazir closer to G-d and further away from desire and lust for sin.

As a measure towards achieving sobriety and closeness with G-d, this counsel surely makes logical sense. However, one has to wonder about the application of this measure to the eye-witness of the Sotah. Wouldn’t one argue that if there is any one individual who should not have to take the vow of Nezirus, it would be he who sees the Sotah in her disgrace? If one were privy to the grotesque sight of the Sotah in her humiliation and agony, that image would be more sobering than any pledge. Indeed, he is the last person whom we would expect to be in need such drastic measures. Having seen it firsthand, he recognizes where too much levity can lead a person. Why then is one suggested to go as far as turning to the Nazirite lifestyle upon seeing the Sotah in her degradation?

TAKE IN THE SIGHT: Seizing the Day

One common answer that is suggested is that the eye-witness to the Sotah’s disgrace has a spiritual imperative to seize his moment of inspiration as soon as he experiences it. Indeed, there is no reason to believe that the eye-witness of the Sotah’s disgrace will truly require a vow of sobriety any more than the next guy would. On the contrary, since he has vividly seen that disgrace, he has better insight than anyone else. But, Chazal are teaching us here that it is specifically because of this individual’s acute awareness of the true Sotah experience that he is to take on Nezirus, so as not to allow his inspiration to fade.

This answer is not only plausible, but powerful and insightful. It teaches us to seize the day and capitalize on inspiration while we still have it. We will not always feel inspired, so we need to latch onto something that will solidify and concretize what it is we are feeling now, through commitment and action. Indeed, there are countless ways this life lesson can be applied broadly. But, again, this reading of Chazal’s counsel assumes that it is due to the eye-witness’s unique advantage that he should become a Nazir.

But, what if the eye-witness of the most sobering Sotah trial is actually at a unique disadvantage? What if Chazal were concerned that this individual, perhaps more than anyone else, would require Nezirus? The question is what that disadvantage could possibly look like. Why would this individual possibly be at any more risk than anyone else who had not seen the disgrace of the Sotah?

BACK TO POINT A: Ruach Sh’tus, Irrational Levity

In order to answer this question, we have to return to square one and identify where it is that the original sinner, the Sotah herself, went wrong. In this vein, when the Torah introduces the Sotah, the Pasuk states, “Ki Sisteh”-“if she shall go astray.”4 Indeed, the title “Sotah” is derived from this word “Sisteh” which means “to deviate.” However, Rashi5 explains that these words are subject to an alternative reading as the letter “Sin” [שׂ] in the word “Sisteh” [תשטה] can be interchanged with a “Shin” [שׁ] so that the Pasuk would read “Ki Sishteh”-“If she shall act foolishly.” As per this read, Rashi argues that sin is only committed when a Ruach Sh’tus, literally, a spirit of foolishness enters a person.

Indeed, this point resonates. It is not the norm of most people to proactively decide to commit a sin when he wakes up in the morning. The problem with Sh’tus—foolishness and levity—is that it is the first step of the sinning process, a mechanism that triggers infatuation which ultimately leads the person in the wrong direction. The true danger of levity is that it can overtake anyone and everyone to a point where one disregards all logic and ultimately relinquishes all control of his passions so that in under the just right circumstances (or better yet, the perfectly wrong circumstances), he defaults and defers to his animalistic instincts and sins. The point is that no one can be so sure that the folly of the Sotah won’t subdue him in one fashion or another, if one chooses to make light of what is ultimately a grave situation.

Further evidence to the fact that the Torah’s concern primarily regards the levity of the Sotah and not merely the sin of adultery itself is that it is specifically upon the sight of the degradation of the suspect Sotah, not necessarily that of the gory death of the confirmed, guilty Sotah, that Chazal urge one to become a Nazir. Indeed, whether or not the Sotah will actually be convicted and condemned by the bitter waters, she undergoes the degradation process for foolishly allowing herself into a position which would make her susceptible to suspicion. She is not being punished for the capital crime of adultery, but for her own levity. She is a fool, not an adulterer.

Thus, Chazal teach us that the biggest mistake one can make upon exposure to this folly is to rationalize and thereby convince himself that he could never do such a thing himself. Only he who has seen what the Sotah has gone through could become so sure that he the same could never happen to him. That itself is the foolishness Chazal are talking about and of which are warning us to be weary. He should not think for a moment that he will be different and surpass the odds, avoid sin despite his own levity.

That is why the witness to the Sotah experience is urged to take the pledge of Nezirus. Even if he was frightened by the sight he beheld, he is still easily the most prone to lulling himself into this false sense of security.

“I saw the Sotah myself. I have to say, she acted quite foolishly and all it took was just a little bit of alcohol. Some people are just not responsible enough to drink. Too bad for her.” Sure, such people are “sure” they would fare differently, but indeed, that is all a figment and scheme of one’s own Evil Inclination. Of course, if one finds himself in the same circumstances, he has to his best to not fall prey to sin like a Sotah, but for him to even let his guard down on the plain basis of “I know better” is foolish. The same Ruach Sh’tus that swayed the Sotah has already entered such a person’s heart. Thus, it is when he is awed by the sight of the true effects of levity that one must be humbled and grounded, and indeed, seize the inspiration as we’ve mentioned earlier, before being overtaken by that false sense of security. One must not be passive, but rather jump to the far extreme to avoid a similar slipup.

For a vivid illustration of all of the above in our own times, one needs to look no further than modern substance abuse or other such risky behavior. We’re fully aware to the permanent damage that smoking, for example, can do to a person’s body. We’re not strangers to the idiocy of drinking alcohol and then driving. But the words of admonishment and even the unpleasant sight of the negative effects have almost nothing a single moment of foolishness and levity. They alone will not prevent one from performing the very same negative action and suffering for it as well. In many cases, it often takes a more immediate action to enforce a certain behavior to prevent another. Unless one proactively takes something upon himself or impacts himself, in this case, by becoming a Nazir, one leaves himself just as prone if not more to sinning as the Sotah was, or from being hurt for his own risky behavior.

This need for taking action to keep a fire of inspiration burning applies on the flipside just as well. One can be inspired by another to do good; however, the inspiration one receives from another is experienced passively and is therefore only as strong as the his response to that inspiration. Both approaches to the Chazal’s counsel teach us that unless one acts immediately, one will not become impacted by the experience in the long run. Like a fire, all one needs is enough time for it to melt away or perhaps the perfect wind—Ruach Sh’tus, to blow it out.

FINAL DESTINATION: The State of Gravity

In the end, one must not be fooled by his own foolishness. On the contrary, one has to be cautious with one’s own actions upon seeing the results of another’s, and at the same time, he should act with the plain recognition that no one is in the clear of the Evil Inclination and the Ruach Sh’tus that triggers it. Only when one has humbled himself to this reality does he truly become grounded. Only when he has reached the state of gravity that he will remain on the proper path, avoiding failure and assuring success.

May we all be Zocheh to not only be self-aware, but to be overcautious in our battle against the Evil Inclinations all foolishness, remove ourselves from levity by spiritually elevating ourselves and strictly living up to our status as Hashem’s holy people and we shall not only avoid failure, but we shall achieve success and earn our Geulah and the coming of Moshiach, Bimheirah Biyomeinu! Have a Great Shabbos!