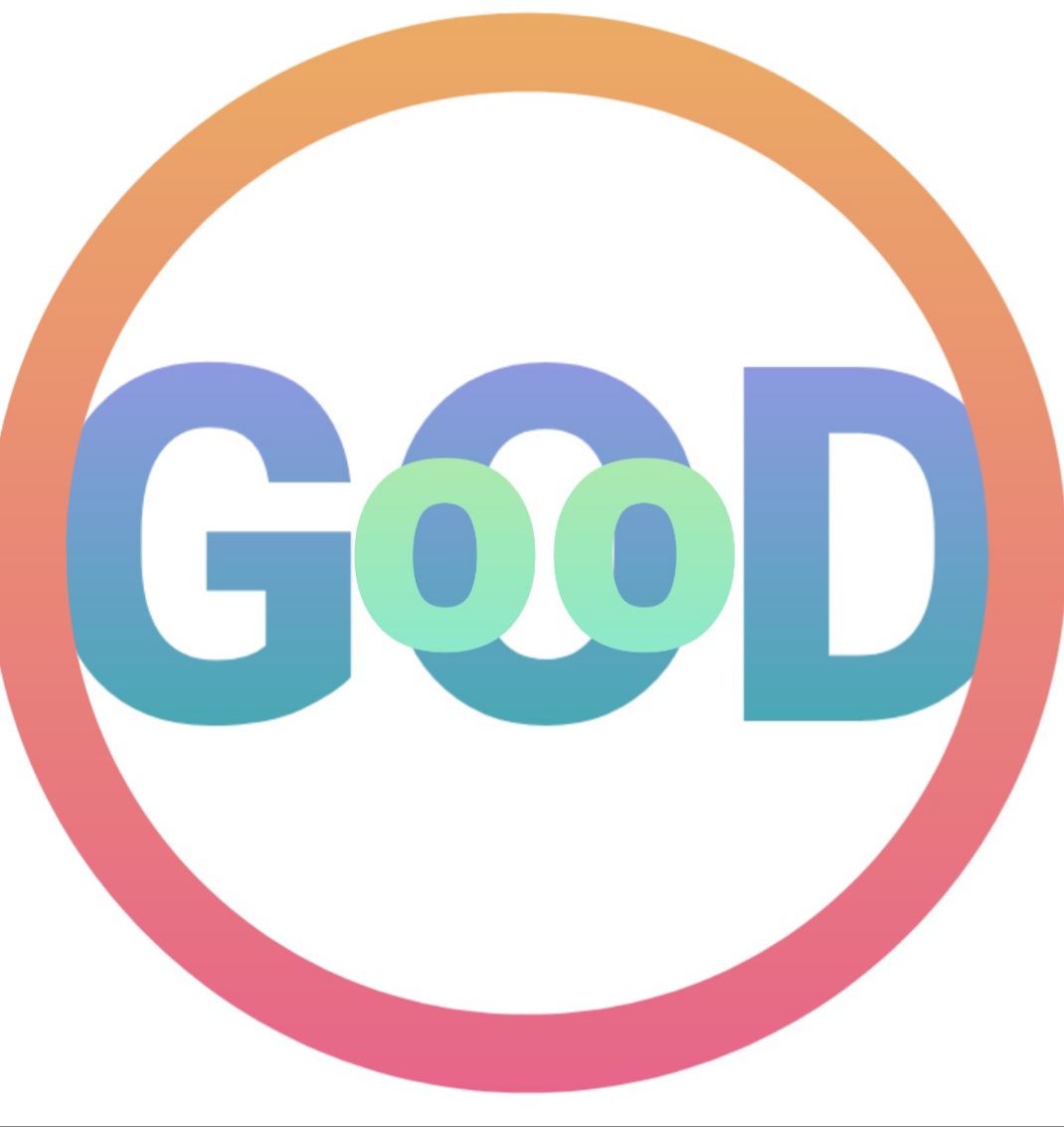 Bereishis tells the story of Creation. It is a story so fundamentally mysterious and unknowable, classical commentators such as Ramban caution us not to ask too many questions about it and can only assure us that “he who understands will understand.”

So, perhaps we would be overstepping our bounds to ask the most reasonable question: Why, in fact, did G-d create the world? What more could an Almighty G-d need?

By Definion: G-d is Good

Masters of Kabbalah such as Ramchal have disclosed what is now a famous “reason” for Creation, namely, G-d’s will to bestow the ultimate good. G-d is good by definition, hence, “Oh my goodness.” So, if G-d is good by definition, He bestows good upon others. But, before Creation, there were no “others.” Thus, in a certain respect, Hashem’s Creation of he world was actually an act of self-actualization. Creation was a prerequisite for Hashem to fulfill His role and even the definition of G-d.

How Long Does Good Last?

All of the above can perhaps justify Creation. But, how does it explain virtually everything thereafter? How “good” does mankind have it in this world? Don’t be mistaken, G-d grants man plenty of goodness. But, the same act of Creation made way for a world of pain and seeming bad, a lot of which can attributed to G-d’s own decisions. We don’t have to look further than the very first narrative.

We all know the story. Hashem placed Adam and his wife in Gan Eden and issued one rule and command: Don’t eat from the Tree of Knowledge of Good and Evil. Man failed and the failure is undoubtedly his own. There is no changing that. But why would G-d create a forbidden “Tree of Knowledge of Good and Evil” in the first place? What was the point? To “trap” Adam? To “test” him? Is it a game?

The whole reason G-d created the world was so that He could bestow the ultimate good. Why would a good G-d put man through a “test” which would literally cost him his life? Why not just let him be? Why does G-d need any of this And? And what exactly is wrong with “Knowledge of Good and Evil”?

Adam’s children Kayin and Hevel each pay Hashem a Korban or a tribute, to which, Hashem apparently accepts Hevel’s and rejects Kayin’s. Obviously distraught over the rejection, Kayin targeted Hevel, murdering his younger brother in cold blood.

No one is defending this extreme and frankly evil response on Kayin’s part. But, why did Hashem have to reject Kayin’s offering? Was it not G-d Himself Who stirred the sibling rivalry by accepting Hevel’s offering and not Kayin’s? Even if Kayin’s offering was somehow inferior, should it have been subject to such scrutiny? Why would a good G-d reject any voluntary gesture of good will from His children and create animus between siblings?

To add to the question, Rashi points out more than once that when creating the world, G-d made “extra efforts” to avoid stirring “Kin’ah B’Ma’aseih Bereishis”-“Envy in the Works of Creation” (See Rashi to 1:26 and 2:7). He created a balanced world; even man had to be a composite of both spiritual and physical materials, all the avoid the impression of favoritism and a lack of equity. Where has this sensitivity gone?

Perhaps the biggest question on the “Goodness Theory” behind Creation appears at the end of the Parshas Bereishis. Although Bereishis begins with Creation, it ends with destruction. G-d resolves to obliterate all of mankind. Again, the sin of man had become overwhelmingly great. Rape and robbery was rampant. But, why would a good G-d, Who created a world to bestow good, continually allow and sometimes generate seeming bad to target His Creations?

The “Goodness Theory” may be true, but needs to be qualified. What does true goodness look like? In his Derech Hashem, Ramchal writes extensively on this very topic, elaborating that the ultimate good necessarily and definitionally entails (1) the existence of a possibility for bad, (2) the participation of the recipient of that good.

As for the first item, to summaraize, if there is no bad, there is no good. If there is no dark, there can be no light. G-d had to create both. Evil has to exist, at least in concept.

As for the second item, the ultimate good can only be experienced with the choice and effort of the recipient; he has to do something to at least create the semblance of an impression that he earned his goodness. Otherwise, the goodness will be somewhat tainted as it can be compared to what the masters of Kabbalah refer to in Aramaic as “Nahama D’Kisufa,” literally, “bread of embarrassment,” i.e. a shameful handout. Thus, we were granted free choice.

Indeed, the ultimate goodness comes with a price. And that would explain the necessity of the “test” in Gan Eden. And the price wasn’t that high. After all, there was only one rule in Gan Eden. But even if the price wasn’t so high, why was the cost of failure in that test was so high?Because the reward was so great. Our first requirement for the ultimate goodness was the theoretical possibility for an evil that balances out the goodness. Without that option, we already explained, there would be an intrinsic deficiency in the goodness. There would be an imbalance in Creation, which G-d supposedly avoids.

If all of the above is true, then why does there seem to be such an imbalance in our good G-d’s world? Why does evil seem to overwhelmingly outweigh the good? And why would a good an unprovoked G-d seemingly stir up a rivalry between brothers? Where is the good G-d Whom we want to know and love?

Like good Jews, we will answer with a question, G-d’s question to man after man had violated his one command. “Ayekah”-“Where are you?” [Bereishis 3:9]. G-d obviously knew where Adam was, but the question was to suggest that it was man, not G-d, who had shifted from his post and failed to live up to the correct ideal. Thus, the Midrash [Eichah Rabbah 1:4] implies that this question of “Ayekah” [אַיֶּכָּה] is the counter to man’s every cry of “Eichah” [אֵיכָה] (“Alas”). That is because everything we dislike about the world we inhabit can be traced back to the unfortunate decisions of man.

The ultimate goodness has what should be a fair price, but man too often does not choose to pay it, and the cost, by definition, is costly.

Adam could have earned and benefited from the ultimate goodness had he seized it instead of succumbing to its dark counterpart. That was only the beginning.

In a similar vein, although we started to “fault” G-d for Kayin’s envy of Hevel, but who really created that imbalance? If one listens closely to G-d’s words in response to Kayin’s disappointment, He was careful to encourage Kayin without making a single reference to his brother Hevel.

“Lamah Naflu Fanecha? HaLo Im Teitiv S’eis”-“Why has your face fallen? Indeed, if you do well, lift up” [Bereishis 4:6-7]. What these words tell us is that Hashem did not reject Kayin “for Hevel,” but that he simply rejected Kayin’s offering independently, because, in fact, the gesture was lacking independently. But, Hashem reassured Kayin that he, like all of mankind, had the ability to choose the ultimate goodness versus its alternative. G-d kindly informed Kayin that he wasn’t currently accessing the fullness of the ultimate goodness that was available to him, and that it was still certainly within reach. But again, both options, good and the alternative, like the entire design of G-d’s Creation, were perfectly balanced.

However, that which Kayin perceived to be the imbalance between his brother and himself was not G-d’s doing. Kayin’s envy was the product of a man-made comparison and a man-made illusion. The actual imbalance that existed between Kayin and Hevel was not generated by G-d’s favor towards the latter’s offering. Neither Kayin nor Hevel was afforded a role or honor that the other could not also achieve. Under G-d’s original design, two kings could theoretically don the same crown. The only real difference between these men was the decisions they made, and the effort they made. The ultimate goodness was prepared for all of mankind, but once again, “Ayekah,” where was man?

“Only Evil All Day”

And all of the above brings us to the unfortunate end of Bereishis. G-d chooses to undo Creation. If He created it all for the sole purpose of bestowing the ultimate good, why would He end it all? Because who else but man failed to seize the ultimate good… Indeed, despite all available opportunities for good, the Torah testifies that man sought “only evil all day” [Bereishis 6:5]. And if man, in his current state, would no longer choose “good” such that G-d’s goodness would not be attained and enjoyed, then the whole purpose of Creation was defeated. Thus, G-d didn’t destroy the world. Man did. And why maintain the world of only pain, suffering, and manifest “bad”? So we might say that G-d mercifully put a deteriorated world out of its misery.

Perhaps, a new generation would seize the ultimate good.

May we all be Zocheh to unequivocally choose and reap the benefits of Hashem’s ultimate goodness with coming of the Geulah in the times of Moshiach, Bimheirah BiYomeinu! Have a Great Shabbos Bereishis!