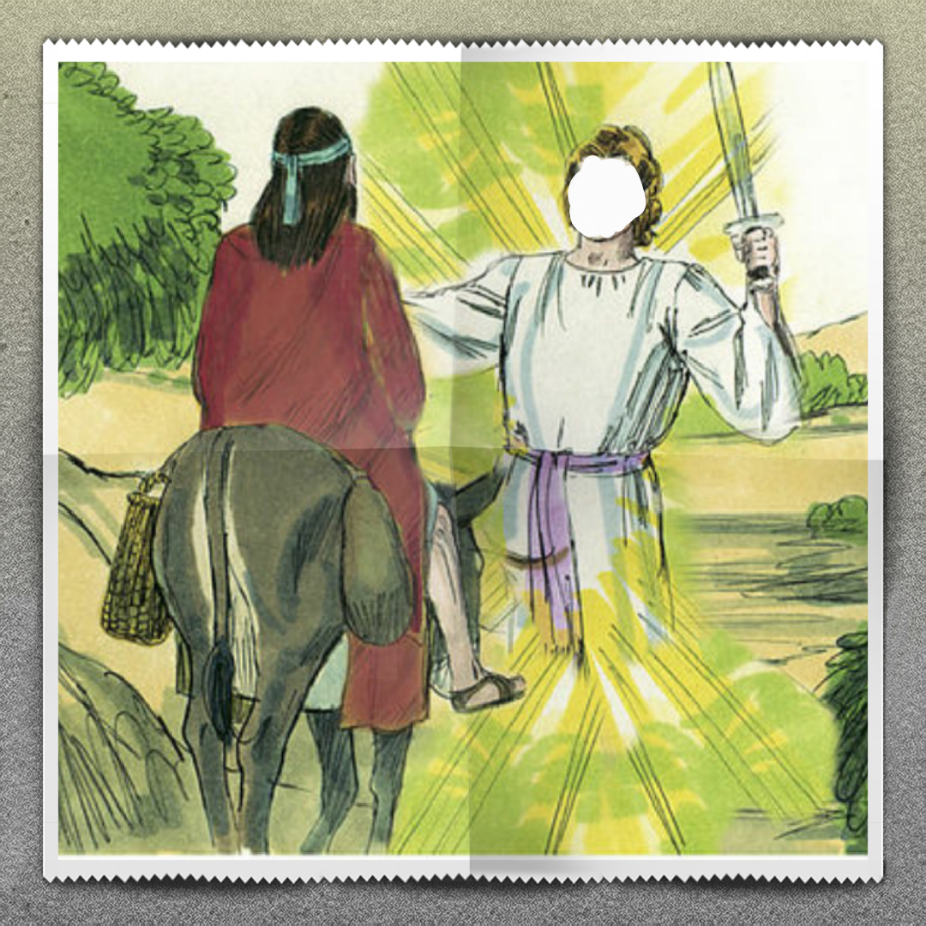 This D’var Torah is in Z’chus L’Ilui Nishmas my sister Kayla Rus Bas Bunim Tuvia A”H, my grandfather Dovid Tzvi Ben Yosef Yochanan A”H,  & my great aunt Rivkah Sorah Bas Zev Yehuda HaKohein in Z’chus L’Refuah Shileimah for:
-My father Bunim Tuvia Ben Channa Freidel
-My grandfather Moshe Ben Breindel, and my grandmothers Channah Freidel Bas Sarah, and Shulamis Bas Etta
-Mordechai Shlomo Ben Sarah Tili
-Noam Shmuel Ben Simcha
-And all of the Cholei Yisrael
-It should also be a Z’chus for an Aliyah of the holy Neshamos of Dovid Avraham Ben Chiya Kehas—R’ Dovid Winiarz ZT”L, Miriam Liba Bas Aharon—Rebbetzin Weiss A”H, as well as the Neshamos of any lives taken in terror attacks (Hashem Yikom Damam), and a Z’chus for success for Tzaha”l as well as the rest of Am Yisrael, in Eretz Yisrael and in the Galus.

For Parshas Balak, we have yet another Haftarah whose connection to the Sidrah is quite clear. The reading selection from Michah was an easy choice because the text features not only an explicit reference to Parshas Balak, but a bunch of subtle textual parallels to the Sidrah as well.

In the explicit reference, Michah reminds the B’nei Yisrael about how Balak and Bil’am attempted to curse them, thus he urges the people, “Remember, now, what Balak king of Mo’av plotted and how Bil’am son of Be’or answered him, from Shittim until Gilgal, in order that you recognize the righteous acts of Hashem” [6:5].

Another interesting parallel between Michah’s prophecy and Bil’am’s prophecy would be the references to dark magic. Although different terms are used, between these two readings, to describe the dark magic, both Michah and Bil’am describe that craft as being foreign to the B’nei Yisrael, as Bil’am says that there is no Nachash (divination) or Kesem (sorcery) in Israel [Ibid. 23:23], and Michah says that Hashem will cut the Chishafim (witchcraft) and Me’onenim (soothsayers) from the hands of Israel’s enemies [Michah 5:11].

Why we would read from Michah’s prophecy as a Haftarah for Parshas Balak is not a question. The connections are obvious. The question is why Michah makes these extensive references to Parshas Balak. Yes, in hindsight, our search for a Balak Haftarah a no-brainer because Michah makes all the connections for us, but why does he? From the standpoint of Michah himself and his prophetic message to the B’nei Yisrael, of what significance is the story of Parshas Balak? What exactly was he attempting to convey to his audience by reminiscing about our Sidrah?

If we can properly answer this question, we will not only understand the point of Michah’s prophecy, but we will understand Parshas Balak’s message to us. That is because as is known, the Torah does not merely record what happened merely because it happened. Many things happened but were not recorded. Whatever is recorded is there for some kind of posterity and is somehow relevant to the life mission of the B’nei Yisrael for every subsequent generation. And by recalling the events of Parshas Balak in his speech to the B’nei Yisrael, Michah effectively tells us what Parshas Balak is all about and why we should recall it and read it. So, what is Michah trying to tell us?

Before we look any further at Michah’s words, let’s consider the uniqueness of Parshas Balak. The Sidrah is written in a way that is strikingly different from the way most other Sidros were written. Most of the narratives recorded in the Torah can be attested to by the B’nei Yisrael themselves. Those who lived in the generation of the Midbar witnessed the events as they unfolded.

However, most of Parshas Balak did not take place in the sight of the B’nei Yisrael at all. In fact, the Sidrah speaks almost entirely from viewpoint of the villains, Israel’s enemies, Balak and Bil’am. While the B’nei Yisrael are camping and doing whatever they’re doing, the Torah sort of pans away from them and brings our attention to what’s lurking in the shadows. We hear a conversation between a king and an evil sorcerer. We hear of an almost comical journey involving a talking she-donkey. We watch Bil’am continuously fail to curse the B’nei Yisrael as Balak looks on in utter frustration.

All the while, the B’nei Yisrael are doing their own thing, blissfully unaware of what’s being plotted against them. They wouldn’t know a thing, of course, until it is ultimately written in the Torah and they read it for themselves. That means that not only do they not see the threat, but they do not see Hashem saving them from the threat. This story then, as it is presented in our Sidrah, speaks volumes.

There is plenty that we, as nation and perhaps as individuals, can see Hashem doing in our favor. There are salvations that the B’nei Yisrael witnessed firsthand. However, Parshas Balak takes us temporarily behind the curtain to see what we may not otherwise be aware of, the hidden works of Hashem.

Why does Michah bring up Parshas Balak? Because this exact message needed reinforcing. After stating that Hashem will inflict vengeance upon the enemies of Israel, Michah begins to declaim the “Riv Hashem,” or the argument of Hashem [6:2]. What is the great “argument of Hashem”? As the Navi continues, Michah voices Hashem’s “frustration,” asking them [6:3], “Ami, Meh Asisi Lecha U’Mah Heleisicha?! Aneih Bi!”-“My nation, what have I done to you, and how have I wearied you?! Answer me!” The Navi portrays Hashem on the defensive, as if being challenged by the B’nei Yisrael for having committed some crime against them.

The Navi continues [6:4], “Ki He’elisicha MeiEretz Mitzrayim U’MiBeis Avadim Pedisicha…”-“That I brought you up from Egypt and from the house of bondage I redeemed you…” (*Notice the wordplay as Hashem asks how He wearied the people, “Heleisicha” [הלאתיך] with an Aleph [א], and then argues that, on the contrary, He brought them up from Egypt, “He’elisicha” [העלתיך] with an Ayin [ע]).

And up until that point, Hashem’s message is that the people have seen the good He has done for them. But, then, we get to the crucial Pasuk of the Haftarah; “Zechar Na Mah Ya’atz Balak Melech Mo’av U’Meh Anah Oso Bil’am Ben Be’or Min Shittim Ad HaGilgal L’ma’an Da’as Tzidkos Hashem”-“Remember, now, what Balak king of Mo’av plotted and how Bil’am son of Be’or answered him, from Shittim until Gilgal, in order that you recognize the righteous acts of Hashem” [6:5].

Why do we read Parshas Balak? “L’ma’an Da’as Tzidkos Hashem”—in order that we see the truest extent of Hashem’s goodness to us. Because, you know what? As hard as life may get at times, there is so much that G-d does and is constantly doing for us, things we can see for ourselves. And yet, as much of G-d’s kindness as we can see ourselves, there is so much that we have no idea about. We do not see the hundreds of cancer cells that Hashem allows our immune systems to fight daily. We do not see every accident that almost happened. We don’t see every plot of our enemies that Hashem foils. That is the often forgotten lesson of Parshas Balak. That is the argument of Hashem. That is what has the Navi frustrated. Not only do we have the brazenness to veer from Hashem’s Will, but we attempt to put Him on the defensive and challenge Him as if He had somehow wronged us, when we have only a sliver if anything of an idea of what good Hashem is, has, and continues to do for us.

So, what does the B’nei Yisrael need to do to fix everything? In another parallel to our Sidrah, the Navi sarcastically portrays the response of the B’nei Yisrael asking how many thousand Korbanos (offerings) it will take to make things right [6:6-7]. This should remind us of the idiocy of Balak who thought that he could simply manipulate G-d to allow Bil’am’s curses to go through by offering G-d a bunch of animal offerings. But, that’s not what Hashem wanted from Balak and it is not what He wants from the B’nei Yisrael. So, what does He want?

In the closing verse of our Haftarah and the final parallel to Parshas Balak, the Navi states [6:9], “…Mah Tov U’Mah Hashem Doreish Mimcha Ki Im Asos Mishpat V’Ahavas Chessed V’Hatznei’a Leches Im Elokecha”-“…what is good and what is it that Hashem seeks from you; (1) that you do justice, (2) love of kindness, and (3) modestly walking with your G-d.”

The Navi instructs the B’nei Yisrael using the praise of Bil’am himself [B’Midbar 24:5], “Mah Tovu Ohalecha Yaakov Mishkenosecha Yisrael”-“How goodly are your tents, O Yaakov, your dwellings, Yisrael!” What was Bil’am’s unwitting praise concerning the B’nei Yisrael’s tents? Chazzal tells us that it was their Tznius, their modesty [See Rashi citing Bava Basra 60A]. Or, in other words—Michah’s words—“Hatznei’a Leches Im Elokecha”-“modestly walking with your G-d”!

But, what exactly does Tznius mean in this context? Nothing to do with the way the B’nei Yisrael dressed per se. Neither does it merely mean to be humble (that would be Anivus). Tznius implies a certain sense of chastity and innocence—not acting with brazenness. In other words, beyond doing the right thing (Mishpat) and loving kindness (Ahavas Chessed), Hashem suggests that the B’nei Yisrael would benefit to be Tzanua, to quiet down and think before they unabashedly challenge G-d as if they see everything and have a fair complaint against Him. Because when they decide to be immodest and shameless call G-d out, they expose their own ingratitude. But forget gratitude for a second. We’re not asking for a “Thank you” now. We’re asking for simple modesty—that they be a little more hesitant to make any complaints considering how much of G-d’s good they could not see. They should be modest with G-d considering the Tznius which Hashem Himself uses when He secretly protects them and showers them with constant kindness. How embarrassed they would be if only they knew how much they were receiving.

Parshas Balak, Michah tells us, has to be a constant reminder of all of these kindnesses that Hashem does for us on a constant basis whether we can see them or not. It is that sometimes necessary peek behind the curtain. It is our reminder to walk modestly with Hashem.

May we all be Zocheh to not only Hashem’s kindnesses, both secret and revealed, but to have an awareness of Hashem’s kindness and to modestly walk with Hashem so that He should reveal to us the ultimate kindness with the coming of the Geulah in the days of Moshiach, Bimheirah Biyomeinu! Have a Great Shabbos!
-Yehoshua Shmuel Eisenberg 🙂