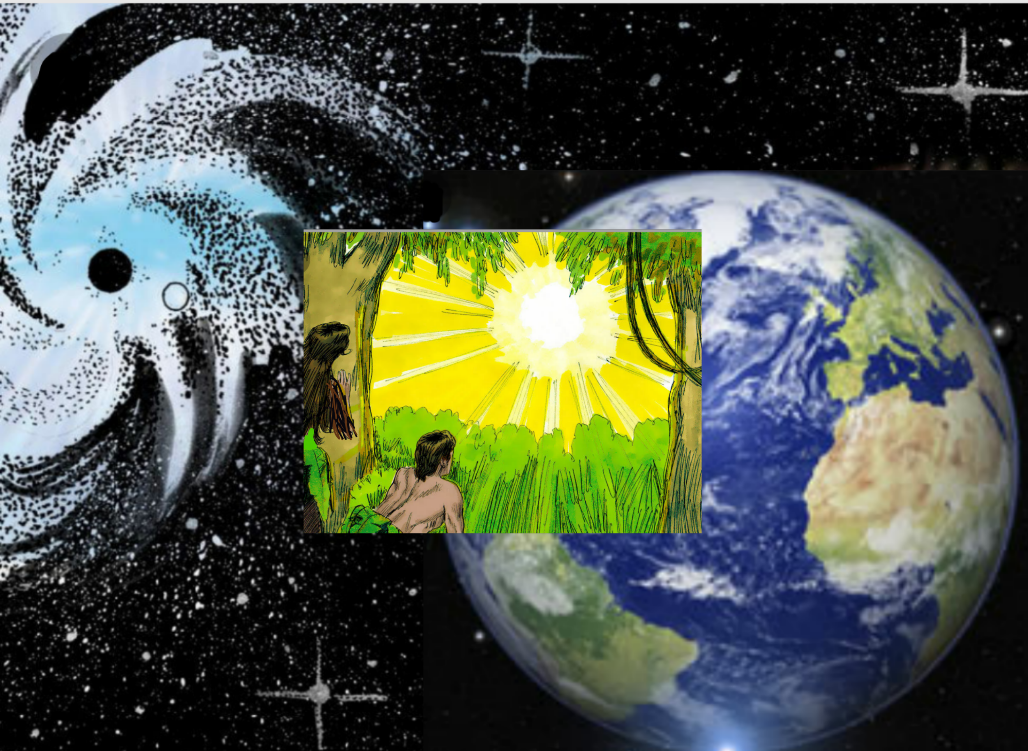 This D’var Torah is in Z’chus L’Ilui Nishmas my sister Kayla Rus Bas Bunim Tuvia A”H, my grandfather Dovid Tzvi Ben Yosef Yochanan A”H,  & my great aunt Rivkah Sorah Bas Zev Yehuda HaKohein in Z’chus L’Refuah Shileimah for:
-My father Bunim Tuvia Ben Channa Freidel
-My grandfather Moshe Ben Breindel, and my grandmothers Channah Freidel Bas Sarah, and Shulamis Bas Etta
-Mordechai Shlomo Ben Sarah Tili
-Noam Shmuel Ben Simcha
-Zalman Michael Ben Golda Mirel
-Ariella Golda Bas Amira Tova
-And all of the Cholei Yisrael
-It should also be a Z’chus for an Aliyah of the holy Neshamos of Dovid Avraham Ben Chiya Kehas—R’ Dovid Winiarz ZT”L, Miriam Liba Bas Aharon—Rebbetzin Weiss A”H, as well as the Neshamos of those whose lives were taken in terror attacks (Hashem Yikom Damam), and a Z’chus for success for Tzaha”l as well as the rest of Am Yisrael, in Eretz Yisrael and in the Galus.

**NOTE: As I’ve begun this Haftarah project from Parshas Vayeira last year, I will be continuing with the weekly Haftarah for the next three Sidros, after which we will be largely shifting back to the weekly Sidrah (unless I specify otherwise).**

The Haftarah for Bereishis from Yishaiyah [42:5-43:10] is, at first glance, an easy choice. The simple understanding behind its selection lies in the first verse which references Creation [42:5];
“כֹּה אָמַר הָקל | ה׳ בּוֹרֵא הַשָּׁמַיִם וְנוֹטֵיהֶם רֹקַע הָאָרֶץ וְצֶאֱצָאֶיהָ נֹתֵן נְשָׁמָה לָעָם עָלֶיהָ וְרוּחַ לַהֹלְכִים בָּהּ”-“So, says G-d, Hashem Who creates the heavens and stretches them forth, Who spreads out the earth and its outgrowth, Who gives soul to the people on it and spirit to those who traverse it.” In conveying G-d’s word to the people, the Navi elaborately labels Hashem as the Creator of everything, arguably the most crucial message of Bereishis.

However, that is just the opening line. It’s a great summary of Bereishis, but if that’s the case, the Haftarah shouldn’t have to be much longer. What then, is the message of this Haftarah in its entirety? Yes, G-d is the Creator of everything. But, the Haftarah apparently has more to share. Indeed, this opening verse is merely the way Yishaiyah chose to title Hashem. It’s not the message itself. It’s an introduction to the message. Again, yes, G-d is the Creator, and so, what of it? What’s the Haftarah’s message? What more should we take away from Bereishis? Is there perhaps a more crucial takeaway?

Firstly, in just the opening verse, the Navi stresses, not just that Hashem created the world, but that Hashem is the eternally acting Creator of the universe, meaning, Creation is not just something that G-d did, but it is something He continues to do. He is the constant Creator, and yes the Owner.

As far as whether or not the fact that G-d created the world is the most crucial takeaway of Bereishis, there is evidence to suggest that this fact alone is not the most crucial point, nor is it the main purpose for the Torah’s dictation of Creation in the first place, as is also stressed by Rashi [to Bereishis 1:1]. Indeed, this Haftarah demonstrates that what is even more important than Creation itself is what is implied by Creation—that there is a Creator Who is in charge, Who “says” and causes to “happen” [Bereishis 1:3].

If He says and Creation follows, if what He says goes, does it not stand to reason that this law applies to all of Creation, man no less? Man, though, was formed “like” G-d [Bereishis 1:26], with the ability to intelligently accomplish, to personally choose to follow or even defy the law of Creation, thus the test of Creation itself. If only man would learn it…

The Navi comes alomg to remind us this very lesson.

Early on, it references how Yisrael was formed to be a part of a covenant and a “light” of the nations; “וְאֶתֶּנְךָ לִבְרִית עָם לְאוֹר גּוֹיִם…”-“…And I appointed you to bring the people to the covenant as a light of the nations” [Yishaiyah 42:6]. This reference to light in a passage about Creation recalls G-d’s creation of light on Day One, and this context of “light” will certainly shed light on the intended symbol of light from Bereishis. G-d’s creation of light, like the covenant with Israel, is a testament symbolizing that G-d, the Creator, is the Guide and Source of all direction in life. As Yisrael adheres to its “Bris,” it proceeds to shine G-d’s guidance to the world. This light gives sight to the blind and reveals G-d as being the sole source of truth, and all those who don’t see it remain stuck in the darkness of Creation.

“אֲנִי ה׳ הוּא שְׁמִי וּכְבוֹדִי לְאַחֵר לֹא אֶתֵּן וּתְהִלָּתִי לַפְּסִילִים”-“I am Hashem, it is My Name, and I will not ascribe My glory to another, nor My praise to the idols” [42:8].

Undoubtedly, Creation stresses that it is only G-d and His counsel that can provide the knowledge and light. But, if we take a closer look at the passage, the parallels to Bereishis go further than Day One. The reality that G-d is the only source of worthy knowledge and light is stressed in the these verses directly argue with the counsel of the Primeval Serpent who argues defiance of G-d in the opening narrative of the Torah [Bereishis 3:5].  The Serpent argued that defiance of G-d can “open eyes” and bring one to “knowledge.” These verses counter-argue that G-d’s light is what truly “opens eyes,” removes man from the dark, and grants him “knowledge.” Man, though, went for the forbidden fruit to open his eyes, rather than allowing G-d to “lead” him on the “path” that he “did not know,” [Yishaiyah 42:16] perhaps a “path of counsel [lit., tree] of life” [Bereishis 3:24].  Ironically, when man defies the word of G-d, while his eyes open to a new world, they are ever blinded to the truth of life.

What is the Navi telling us? That all of the “sight” and “knowledge” which the Serpent offers us is not worth it if we’re not servants of G-d! Better to be a blind and uninformed servant of G-d than an informed sinner! Yes, information is important, but for service of Hashem, not rebellion against Him, for Heaven’s sake (literally)!! For, what was it that G-d ever intended in Creation? “ה׳ חָפֵץ לְמַעַן צִדְקוֹ יַגְדִּיל תּוֹרָה וְיַאְדִּיר”-“Hashem desires that, for the sake of its righteousness, that the Torah be made great and glorious” [42:21]—to project His teaching to the world. Indeed, “B’Shvil HaTorah Shenikreis Reishis Nivra Olam”-“For the sake of the Torah that is called ‘Reishis’ the world was created” [Rashi to Bereishis 1:1, based on Bereishis Rabbah 1:6; Vayikra Rabbah 36:4].

Man, though, and unfortunately, Israel too, forgot its Creator and Provider.

And then, the Navi challenges them to think about Who it was that allowed them to become plundered; “הֲלוֹא ה׳ זוּ חָטָאנוּ לוֹ וְלֹא אָבוּ בִדְרָכָיו הָלוֹךְ וְלֹא שָׁמְעוּ בְּתוֹרָתוֹ …”-“…Is it not Hashem, against Whom we’ve sinned, not willing to go in His ways, and not heeding His Torah?” [42:24].

Thus, the Navi reminds the nation of its Creator [43:1] “וְעַתָּה כֹּה אָמַר ה׳ בֹּרַאֲךָ יַעֲקֹב וְיֹצֶרְךָ יִשְׂרָאֵל אַל תִּירָא כִּי גְאַלְתִּיךָ קָרָאתִי בְשִׁמְךָ לִי אָתָּה”-“And now, So says Hashem, your Creator, Yaakov, and Your Molder, Yisrael: Do not be afraid, for I have redeemed you, I have called your by My Name.”

Then, he reveals that [43:4] “מֵאֲשֶׁר יָקַרְתָּ בְעֵינַי נִכְבַּדְתָּ וַאֲנִי אֲהַבְתִּיךָ וְאֶתֵּן אָדָם תַּחְתֶּיךָ וּלְאֻמִּים תַּחַת נַפְשֶׁךָ”-“From the fact that you were worthy in My eyes, I honored you and I loved you, and I have placed a man in your stead, and for a regime under yourself.” And if we read this verse with Bereishis in mind, perhaps we can suggest that “Adam” is a reference to our protagonist, that he will be placed under Israel when Israel will have surpassed man, Adam, in life’s mission of recognizing the Creator. Then, when we recognize our Creator, all else will learn this truth and acknowledge it.

But, that’s not all. The Navi continues:
“…כָּל הַגּוֹיִם נִקְבְּצוּ יַחְדָּו וְיֵאָסְפוּ לְאֻמִּים מִי בָהֶם יַגִּיד זֹאת וְרִאשֹׁנוֹת יַשְׁמִיעֻנוּ”-“Were all the nations will gather together and the regimes will be assembled, Who among them could relate this?—[who] could let us hear the early ones [prophecies]?!…” [43:9].

Indeed, the above verse’s rhetorical question, “Who of them will tell” recalls G-d’s rhetorical question to man [Bereishis 3:11], “…?מִי הִגִּיד לְךָ כִּי עֵירֹם אָתָּה”-“Who told you that you are naked?…,” implying that man must’ve undergone an experience that revealed this reality to him, namely, eating from the forbidden fruit. Here, the Navi expresses that the nations could not have known and predicted the fate of Israel and life beforehand. Without G-d’s guidance, like Adam, they could only learn from experiencing the reality themselves.

As the Haftarah closes, it references Creation once more [43:10], “אַתֶּם עֵדַי נְאֻם ה׳ וְעַבְדִּי אֲשֶׁר בָּחָרְתִּי לְמַעַן תֵּדְעוּ וְתַאֲמִינוּ לִי וְתָבִינוּ כִּי אֲנִי הוּא לְפָנַי לֹא נוֹצַר אֵל וְאַחֲרַי לֹא יִהְיֶה”-“You are My witnesses, says Hashem, and My servants whom I have chosen, in order that you should know and believe Me, and you should understand that I am it; before Me, there is nothing formed by any god, and afterwards, there shall not be.” Thus, the Navi drives home once again the theme that Creation is not merely an event, but a constant signature of G-d’s sole Ownership of the world— He was not formed; there was nothing formed before Him nor will another god be after Him.

Now, that we have seen about the entire passage, what is its message for us? Quite clearly, G-d’s seal and signature on Creation stands for more than the simple knowledge of the truth it declares. It stands for what this truth ultimately demands of each and every component of Creation. Bereishis does not merely tell us that there was Creation, and Creation does not merely tell us that there is a Creator. The implications of Creation go way further. The implication of Creation is that there is an all-encompassing Divine Will! Bereishis necessarily entails that there is a relationship between Creation and Creator. Creation demands that we have active recognition of its Creator by submitting to that Divine Will! That is what man neglects to do when he chooses the counsel of the Serpent over the word of G-d. That is the lesson of Bereishis! Those are the implications of Creation!

May we all be Zocheh to not only recognize that Hashem is our Creator, but demonstrate our recognition by submitting ourselves to His Will, thriving where Adam neglected to, becoming a light to the nations, and the entire world should recognize that Hashem is the Creator with the coming of our Geulah in the days of Moshiach, Bimheirah Biyomeinu! Have a Great Shabbos!
-Yehoshua Shmuel Eisenberg 🙂