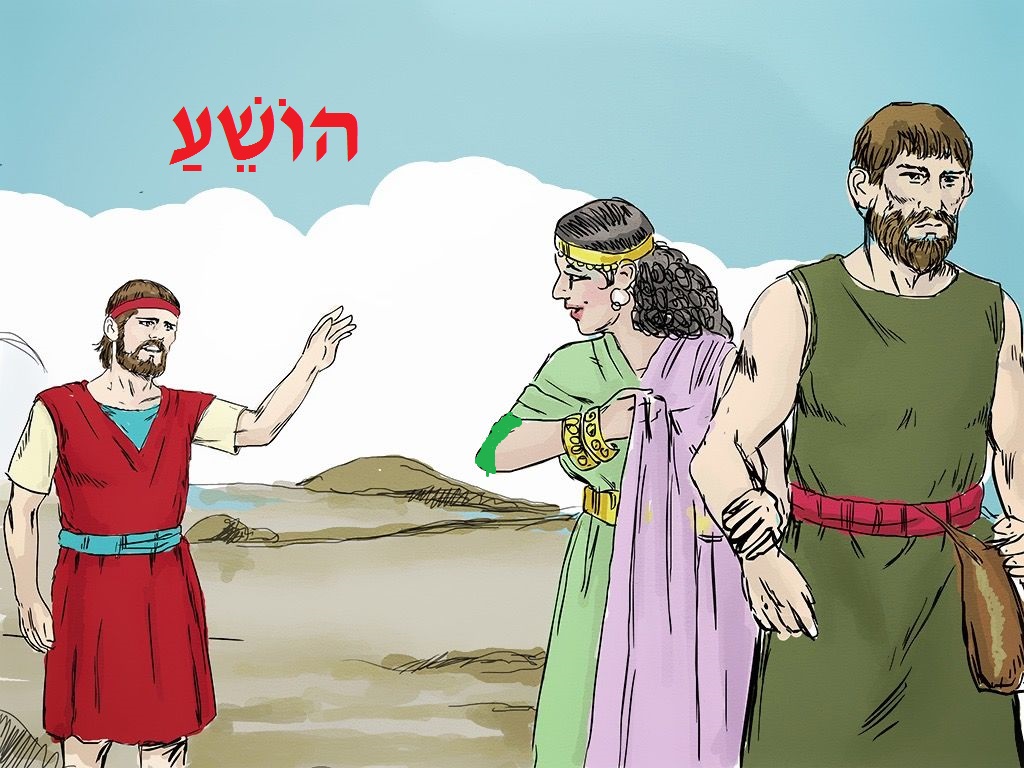 “What Happens in the Midbar…”

For a Sefer packed with stimulating stories and lessons, its first Sidrah, Parshas B’Midbar, seems to be quite simple. In the next few Sidros, the Torah will recount some of the greatest tragedies of the B’nei Yisrael’s history as well as the heroism of the valiant leaders who rose to the occasion during those tragedies. B’Midbar, though, merely begins with some “numbers” as Hashem orders to Moshe Rabbeinu to take a census of the people. Included in this Sidrah is an arrangement for B’nei Yisrael’s encampments and traveling, each man according to his division. So, while the themes and lessons in Sefer B’Midbar are some of our most crucial ones, the content of B’Midbar does not seem display any colorful themes.

The Haftarah for Parshas B’Midbar, by contrast, has quite an exotic yet moving theme. Taken from Hoshei’a [2:1-22], the Haftarah begins with a passing reference to the “numbers” theme of B’Midbar, as the Navi says [2:1], “V’Hayah Mispar B’nei Yisrael K’Chol HaYam Asher Lo Yimad V’Lo Yisafeir…”-“And it will be that the number of the B’nei Yisrael will be like the sand of the sea that cannot be measured and not be counted…” Apparently, unlike the census that took place in the generation of the Midbar, the B’nei Yisrael would one day be uncountable, an obvious blessing.

The Navi continues [2:1-4], “…V’Hayah B’Makom Asher Yei’amer Lahem ‘Lo Ami Atem’ Yei’amer Lahem ‘B’nei Keil Chai’… Imru LaAchaichem Ami V’La’achoseichem Ruchamah”-“…and it will be that in place of what is said of them, ‘You are not My people,’ it will be said of them, ‘Children of the Living G-d’…Say to your brothers ‘My people,’ and to your sister ‘Pitied one.’” In other words, instead of being referred to as not Hashem’s people, they will be called “Children of the Living G-d,” “My people,” and “Pitied one.” The message alone is a beautiful one of encouragement, but the true significance of this blessing could only be appreciated if one knows what the Haftarah does not explicitly reference, the unusual background story behind this message involving G-d’s command for Hoshei’a to marry a Zonah.

What?! Yes, in the previous Perek, the Navi tells us that Hashem told Hoshei’a to take an Eishes Zenunim, literally, a woman or wife of harlotry, and to have Yaldei Zenunim, strange children, from her. Why? Because “Zanoh Sizneh HaAretz MeiAcharei Hashem”-“because the land has strayed from Hashem” [1:2].  And this Eishes Zenunim bears some children, two of whom G-d told Hoshei’a to name “Lo Ami” and “Lo Ruchamah” literally “Not My people” and “Not pitied.” Obviously, G-d commanded Hoshei’a to engage in this marriage to present some kind of a Mashal or model for the B’nei Yisrael. Because, in our Haftarah, G-d turns around and says the B’nei Yisrael will yet be called “My People” again and they will merit “Ruchamah,” G-d’s compassion.

But, the question is why G-d needed to put Hoshei’a up to this arrangement just to create an apt Mashal. As it happens, often in Navi, Hashem will instruct His Nevi’im to use visual aids to represent their prophecies which can certainly be an effective rhetorical tool. But this “marriage,” if literal, is quite extreme. What point is G-d trying to make here?

And as always, we wonder what this bizarre parable has to do with Sidrah. What theme is this Haftarah bringing out in Parshas B’Midbar?
And it is with this background that the Haftarah begins its piece. Again, the Navi assures us that Israel who was referred to as NOT G-d’s people will become His people again…eventually, that is. However, in the meantime, the Navi proceeds to deliver an intense, verbal onslaught of the B’nei Yisrael saying that they are harlot and adulterer of a wife [2:4]. The Navi continues, saying that they and their children will be left parched like a desert, to die of thirst, having only her idolatrous paramours to glean from [2:5-8]. But ultimately, says the Navi, she will realize that it was better with her first “Husband” [2:9-10]. And with the next point, the connection to our Sidrah will become even more palpable, as the Navi says that G-d will “seduce” or “invite” Yisrael, so to speak, to come to the desert where He will speak to her heart and support her with sustenance just as He did to the Israel in its youth when they were leaving Mitzrayim [2:16-17].

What is this Haftarah telling us? That no matter what happens, Hashem loves the B’nei Yisrael and has every intention of winning “her” back, despite her flaws and deficiencies. Why does he make Hoshei’a go through the extreme process of marrying a spiritually deficient woman and bearing spiritually deficient kids? Because the “emotions,” if we could even ascribe them to G-d, need to be felt and comprehended as tangibly as possible. Even if one had a rebellious son through a harlot and called them “not my son,” he would yearn for that child’s love.

And this message has absolutely everything to do with Parshas B’Midbar. Obviously, the explicit references to the desert and the B’nei Yisrael’s ascent from Egypt hit home for our Sidrah, but there’s something so much more fundamental here. The census of B’Midbar, Rashi tells us, is an expression of Hashem’s undying Chibah for Klal Yisrael, His love for them [B’Midbar 1:1]. Even when they are repulsively unfaithful with G-d, Hashem still “counts” them because He cares. And yes, there are plenty of times throughout B’Midbar when they prove to be unfaithful toward Him and even proceed to test His patience again and again. But again, this census of B’Midbar is G-d’s reminder that He still cares about us! More than that, it is G-d’s disclaimer for the unfortunate events of Sefer B’Midbar, telling us not to be mistaken, that Hashem never stopped caring about the B’nei Yisrael—whether they complain, slander His land, rebel against His leaders, or even serve idols! Even if Hashem has to put them through trials in the desert, Hashem never stops caring and yearning to sustain them.

This complicated love story is what B’Midbar in a nutshell—how Hashem took the B’nei Yisrael out to the desert, how they often strayed, but always crawled back, and how Hashem was always waiting for them to come back so that He can continue to love them and call them His people. Thus, the Navi says that Hashem will put Israel in her position of need again—in the desert—where He will demonstrate us once again that He is our Eternal Lover and Supporter.

And these final lines really say it all. The bond between Hashem and His people will never end. Hashem betroths us with Tzedek and Mishpat, righteousness and justice, which means that should we be unfaithful, Chas Va’Shalom, Hashem will have to deliver harsh justice where it is due. However, He also betroths us with Chessed and Rachamim, underserved lovingkindness and compassion, because despite what we deserve, Hashem will always look for a way to bend for us. And finally, He betroths us with Emunah, faithfulness, for it is through this “betrothal” that we’re instilled with Emunah that can get us through the good times and the more difficult times, and ultimately bring us to not just conceptual belief, but “Da’as,” experiential knowledge of Hashem that is reflected in our real life relationship with Him.

In the end, B’Midbar and its Haftarah set the stage and prepare us for a bumpy ride through the desert. And although, we know from Sefer B’Midbar and life itself that things will get tough, Parshas B’Midbar and this piece from Hoshei’a remind us to never forget of Hashem’s Chibah for us, how He never stops counting us, and how He has betrothed us for eternity.

May we all be Zocheh to Hashem’s undying Chibah for us, not only experience His Chessed and Rachamim, but show our devotion to Him earn His Chessed and Rachamim, being eternally faithful spouses to Hashem and He should redeem us from the desert of Galus once again with the coming of Moshiach, Bimheirah Biyomeinu! Have a Great Shabbos and a wonderful Shavuos!
-Yehoshua Shmuel Eisenberg 🙂