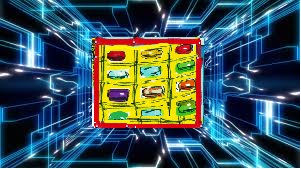 “Kohanim of the Future”

As the first half of Parshas Emor deals with the laws pertaining to Kedushas Kohanim, the holiness of the Kohanim, the Haftarah is taken from a passage of Yechezkeil which as well, elaborates on the holiness of the Kohanim of the future [44:15-31]. What does that mean exactly? Well, the Navi tells us that unlike those of the B’nei Levi who strayed from Hashem in the generations surrounding the Galus, the descendants of Tzadok HaKohein, the exemplary Kohanim who stayed true to Hashem will assume the role as the Kohanim in the era of the rebuilt Mikdash. In this light, as Parshas Emor does, the Navi enumerates the “perks” of Kohanic heritage such as the rights of receiving Bikurim, Terumah, and Challah.

The M’forshim take issue with our passage as it apparently presents some new stringencies of Kedushas Kohanim which are unfounded by the Torah. Artscroll cites three basic approaches to the seemingly “new and improved” laws of the Kohanim, two from Rashi, one from the Radak. Rashi suggests either that these laws are merely a metaphorical presentation of the original laws or that they are really an accurate reiteration of the laws of the Kohein Gadol (whose restrictions are even greater than that of the typical Kohein). Here, though, the Navi presents the laws of Kohein Gadol in a pluralized form. Radak, however, suggests that the laws are, in fact, “new and improved,” designed for the new era reflecting an increase in Kohanic sanctity. Thus, the Kohanim of the future have a higher standard of Kedushah.

In any event, while the Haftarah’s theme of Kedushas Kohanim is not a bad one for the first half of Parshas Emor, the rest of Parshas Emor seems to not be reflected in this purely Kohanic Haftarah. The rest of Parshas Emor elaborates on the Mo’adim (festivals), the laws of the Menorah and the Shulchan and the infamous story of the half-Egyptian, half-Israeli M’kaleil (“curser”) who curses G-d’s Name amidst a fight. So, the question is not merely about the “one-tracked minded” Haftarah, but about the Sidrah overall. The seeming split between the beginning of Emor and the rest of Emor should make us wonder what it is that connects the dots together throughout the Sidrah. How did we get from Kedushas Kohanim to the festivals and everything else in the Sidrah? Is there an underlying theme? And how can we see that larger, overarching theme in the cryptic passage from Yechezkeil about the Kohanim of the future?

This overlap between Kedushas Kohanim and Kedushas Yisrael can be understood in one of the strange laws that are presented in the Haftarah. In the final line of the Haftarah, the Navi tells us [Yechezkeil 44:31], “Kal Niveilah U’Treifah Min HaOf U’Min HaBiheimah Lo Yochlu HaKohanim”-“Any carcass and fatally wounded thing from a bird and from an animal the Kohanim shall not eat.”

Now, this verse is not only a seemingly anticlimactic ending to a Haftarah, but it is strange verse in its own right. It says that Kohanim cannot eat Niveilah or Treif which is odd because this rule applies to the entire B’nei Yisrael, not just the Kohanim. Moreover, before, we suggested that some of the Kohanic “laws” in Yechezkeil are newly added stringencies reflective of an even more elevated Kohanic status, yet this closing verse is not only not a new stringency reflective of an elevated Kohanic status, but it is just a reiteration of old obligation that is required of all Jews alike.

Many point out a similar oddity in our own Sidrah, as the Torah forbids Kohanim from making bald spots in their heads or cutting their skin in response to the death of a loved one, another command that applies to all of the B’nei Yisrael alike [Vayikra 21:5].

There are two possible answers to this question that are really two sides of the same coin. One suggested by many is that the quality of a Mitzvah commanded to the B’nei Yisrael at large might have more gravity for the Kohein so that the same sin perpetuated by one of the B’nei Yisrael is of greater disgrace when a Kohein commits the same crime. However, another answer one can suggest is that perhaps the common commandments that exist between Kohanim and the rest of the nation are reflective of this overlap in holiness, that really, the B’nei Yisrael, as a nation, carry a certain sense of Kohanic holiness.

When we consider the rest of the Sidrah, this theme manifests itself further as the Torah veers away from the exclusively Kohanic discussion to a broader discussion about the Jewish calendar, going through the festivals. The festivals are all representative of Kedushas HaZ’man, the holiness of time, which is equally accessible for all of the B’nei Yisrael to take unique advantage of. The holiness of Shabbos and all of the Mo’adim remind the B’nei Yisrael that as per their relationship with Hashem, all of them are connected to elevated holiness.

Yet, as the Kohanic holiness must spill into the rest of the B’nei Yisrael, even Kedushas HaZ’man of the holidays must spill into every day, as is perhaps reflected by the Menorah and the Shulchan, both of which contain a holy Avodah which must be performed every day, “Tamid”-“constantly,” as the Torah describes, and not just on the holidays. Clearly from our Sidrah, there exists this Kedushah which emanates from the highest source that is meant to be passed downward to be reflected through the actions of the entire nation.

And yet, the lesson of the heightened holiness of the Kohanim that makes even a simple sin worse is reflected once again when we reach the end of the Sidrah which deals with the M’kaleil. The man who cursed G-d’s Name, according to Chazzal, might have been an individual who was looking for acceptance, a home among a holy nation. Yet, a fight broke out. And as a result, G-d’s Name was cursed. The question that one has to ask is how things could have escalated from a spiritual half-breed of a Jew and outcast looking for inclusion and Kedushah can ultimately turn around curse the exact source of that Kedushah. From the fight which Chazzal describes, it seems as though the B’nei Yisrael were not sensitive with him, and that regardless of whether or not they were legally correct in their dispute against him, their Kedushah was not reflected in the way they dealt with him, which was why he ultimately rejected that Kedushah.

What a tragedy it was as the Torah commands the entire B’nei Yisrael in our Sidrah [Vayikra 22:32], “V’Lo Sichalelu Es Sheim Kodshi V’Nikdashti B’soch B’nei Yisrael Ani Hashem Mikadish’chem”-“And you shall not desecrate My holy Name, but I shall be sanctified among the B’nei Yisrael, I am Hashem Who sanctifies you.” Not just the Kohanim, but the entire nation is charged to live up to its holy level so that holiness will ultimately be ascribed to Hashem, and not the opposite, Chas Va’Shalom! When the B’nei Yisrael engage in fights, disregard a person’s feelings and cause a Chillel Hashem (disgrace of G-d’s Name), it is like a Kohein who eats Niveilah or Treif. It’s a disgrace upon a disgrace, because we are Hashem’s Mamleches Kohanim.

In the end, there is, in fact, a heightened responsibility, whether of a literal Kohein or of a member of the Mamleches Kohanim. If we consider the unique sanctity of the Kohanim of the future, we all truly have what to aspire to as a Mamleches Kohanim, because the Haftarah and the Sidrah together teach us that Kedushah is not limited to one’s biological makeup. It is apparently not even limited to one’s requirements according to the letter of Torah law. It might not even be limited to the right time and place. While there are certainly objective levels Kedushah which are based on all the above, there is a Kedushah that varies and grows with each individual, based on the choices and spiritual growth of the individual. There can be an increase in spiritual responsibility, off the books, which is reflective of an increase in Kedushah. Like that of the Kohanim of the future, there are uncharted levels of Kedushah that can be attained by anyone.

It’s a beautiful thing certainly, if our souls are so inclined and blessed to yearn towards that level; however, the ever unchanging goal for us, as a Mamleches Kohanim, must be to at least attain and live up to the requisite level of Kedushah and assure only a growing Kiddush Sheim Shamayim in this world.

May we all be Zocheh to live up to our inherent Kedushah and excel in our levels of Kedushah, and continually bring about a Kiddush Sheim Shamayim until the ultimate Kiddush Hashem takes place in the form of our Geulah and the coming of Moshiach, Bimheirah Biyomeinu! Have a Great Shabbos!
-Yehoshua Shmuel Eisenberg 🙂