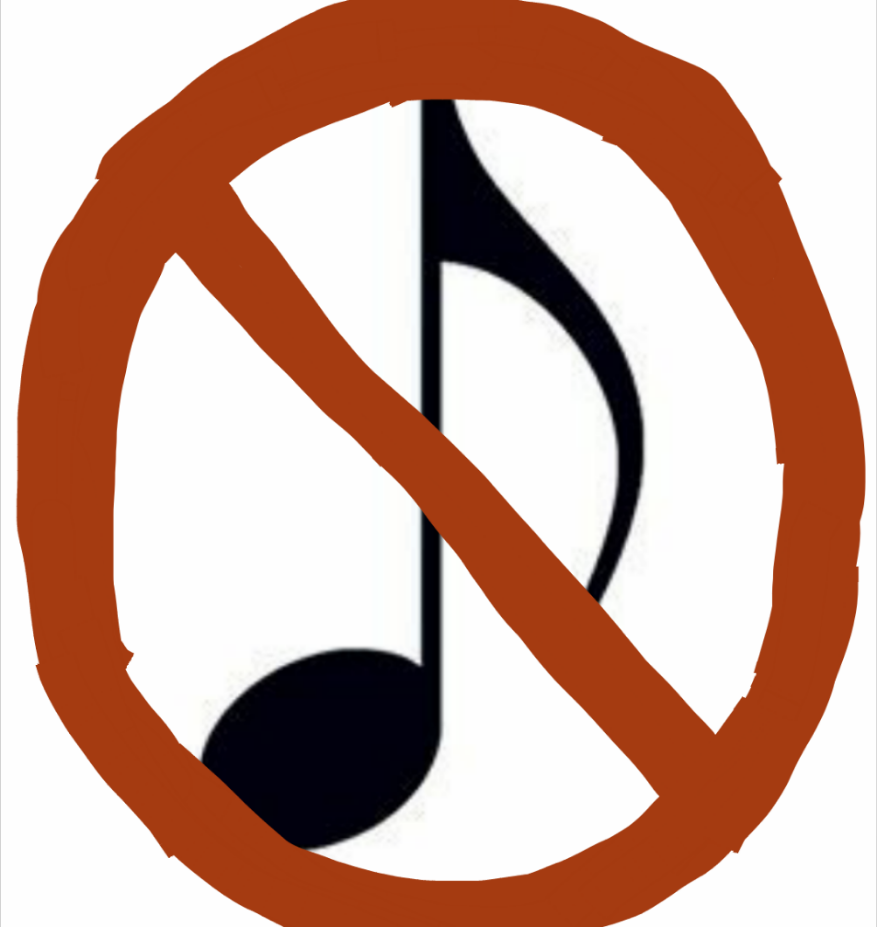 With the Telas D’Puranusa, Sheva D’Nechamasa, and Shabbos Shuvah all behind us, we transition back to our original methodology of Haftarah analysis, namely, analyzing the internal relationship between Parshah HaShevua and its Haftarah. With that, we begin looking at the Haftarah for Parshas Ha’azinu, a passage known as “Shiras Dovid” [Shmuel Beis 22:1-51].

At the simplest glance, the connection is the concept of “Shirah,” the Scriptural term for prophetic song. Shiras Ha’azinu is a song of teaching and admonition which Moshe Rabbeinu and his disciple Yehoshua were told to teach the B’nei Yisrael, and Shiras Dovid is a song of thanks which Dovid HaMelech recited after Hashem had rescued him from all of his pursuers.

But, as we might recall, there is a question to be asked here which we’ve discussed when analyzing the Haftarah for Parshas Beshalach which we ought to re-address here. That question is if there is something beyond mere “song” that connects this Sidrah with its Haftarah.

Parshas Beshalach featured the first major Shirah in Tanach, “Shiras HaYam” which Moshe and the B’nei Yisrael sang when they finished crossing the Yam Suf and escaped Mitzrayim. Its Haftarah featured “Shiras Devorah,” the song which Devorah the prophetess and acting Shofetes (judge) sang after the B’nei Yisrael defeated Sisera’s army. And yet, on Pesach when Shiras HaYam is read again, the Haftarah that is read then is actually our Haftarah for our current Sidrah (Ha’azinu), that of Shiras Dovid. So, the question is what the deeper connections are, between each Haftarah and the Sidros they’re read with, should there be any?

That second question, however, is not what we are going to discuss today (perhaps we’ll revisit it at a different week, B’Ezras Hashem). Either way, in the week of Parshas Beshalach, we addressed the question of whether or not these “songs” in Navi were arbitrarily matched up with the “song-Sidros.” Why, for example, does Parshas Beshalach get Shiras Devorah while Parshas Ha’azinu gets Shiras Dovid? And then, we suggested initially that, perhaps, to some extent, our Sages and Rabbis felt that these prophetic songs in the Navi were both considered equally significant enough to fit either Sidrah, and so, the Rabbis maintained an order when selecting these songs as Haftaros, placing the earlier Shiras Devorah with the first major song of the Torah, Shiras HaYam, and the later Shiras Dovid with the final major song of the Torah, Shiras Ha’azinu. But, obviously, that would not explain why on Pesach when the same passage of Shiras HaYam is read, the Haftarah of Shiras Devorah is exchanged with Shiras Dovid, giving Shiras Dovid a second turn at being read (again, not our main question for today).

However, even then, we didn’t end the conversation with this “earlier-later” theory. On the contrary, our goal at the week of Parshas Beshalach was to focus on the integral relationship between Shiras Devorah and Shiras HaYam and discuss the common themes they each highlighted, which we were indeed, able to find. (For more information on that, see my “Haftaras Beshalach: Women of Song.”)

One interesting observation we can suggest is that in contrast to Beshalach and its Haftarah, Ha’azinu and its Haftarah don’t merely feature songs, but basically the entire Sidrah and the Haftarah are, themselves, songs. In other words, while Beshalach and its Haftarah tell larger stories which also included passages of song, Parshas Ha’azinu is itself made up of a song, as well as the Haftarah of Shiras Dovid. (Again, that too would not answer the “Pesach-Shiras Dovid connection,” which, for the third time, is not today’s discussion.) Anyway, that can be suggested. But, perhaps we can do a little bit better than that.

If we look at both Ha’azinu and Shiras Dovid, we might notice that both Moshe Rabbeinu and Dovid HaMelech reflect on a roller-coaster ride of history and emphasize that Hashem is the One running the show. They almost seem to describe this Providence matter-of-factly. It is not exactly the same celebratory ecstasy that we get from Shiras HaYam or Devorah, both of which also acknowledge Hashem’s Providence. How can you tell? Take the opening verse of Shiras Dovid for example:

Notice anything strange about this introduction? If the bold lettering didn’t make it obvious enough, the Navi tells us that Dovid “spoke” the words of this song.

Interestingly, if one looks at the context of Shiras Ha’azinu, we’re not told that it was “sung” by anyone either. We’re told that it was taught to the B’nei Yisrael and placed “into their mouths.” More strikingly, just as we’re told that Shiras Dovid was “spoken,” the Torah testifies regarding Shiras Ha’azinu [Devarim 32:44], “…Vayidabeir Moshe Es Kal Divrei HaShirah HaZos…”-“…and Moshe spoke all of the words of this song…” In So, why isn’t Shiras Ha’azinu “sung”?
Apparently, Shiros in Tanach, come in different flavors. Some are easily celebratory, while others are slightly more somber and naturally more difficult to sing. Shiras Ha’azinu itself, appears to be one of those songs, essentially because it goes through the life of the B’nei Yisrael, describes the good that Hashem had done them and how they kicked Him for it in return. It talks about the suffering they would undergo for doing so. It is not pleasant. Yes, it is an important “piece” for the B’nei Yisrael to hear. There are lessons that need to be learned. There is a nerve that Hashem wanted to hit with this song. But if one thing is certain, this song is difficult to listen to, and certainly no less to “sing.”

The question now is why Dovid’s song needed to be “spoken” and not “sung.” He is describing how Hashem guarded his life through his every travail! We might think that Dovid should be dancing in celebration. However, perhaps Dovid is not wholly feeling that feeling of jubilation. Perhaps, through his many travails, and yes, through his many salvations, he is feeling just exhausted or perhaps humbled by his salvation. He describes with vivid imagery how Hashem emerged from the heavens and pulled him out of the water. Whatever it may be, Dovid is not singing, but he is speaking this song of relief.

But, perhaps, there’s just one glaring problem with this theory. If we read this song in its entirety, Dovid does something quite odd. For no fewer than seven verses [Shmuel Beis 22:21-27], Dovid seems to laud himself, suggesting that Hashem paid him according to his own personal righteousness, how, out of Dovid’s own innocence and piety, Hashem protected him. What is equally strange is that in the very next verse, Dovid goes on to say that Hashem rescues the humble and lowers the haughty [22:28].

The question is how, in seven verses, Dovid could give himself all of this credit, and then, in the next verse, he throws in a piece about Hashem rescuing the humble? At least, at this point of the Haftarah, it does not sound like the message of someone who is humbled.

However, perhaps this is the significance behind the fact that Dovid is not “singing” this song, but “speaking” it. Similar to Moshe Rabbeinu who was the most humble man and intellectually knew it, Dovid was merely admitting facts about his objective level of greatness which do not stand contrary to humility. Humility does not mean downplaying or being unaware of your actual worth. It means being fully aware of your worth, having the security to acknowledge your worth, and of course, carrying yourself in a dignified way so as not to be carried away by your own worth. Thus, Dovid here, is the opposite of a “politician.” On the one hand, he is not “singing” praises of himself, because again, he himself acknowledges that Hashem rescues the humble. On the other hand, he does dress himself in the “sackcloth” of feigned humility in the public eye. And in fact, it is because Dovid merely “speaks” this song and freely describes his own merit in this matter-of-fact sort of way that we can truly understand both his credit and humility.

So, if, on the one hand, Dovid is not “singing” his praises, but on the other hand, he is not hiding them either, what is Dovid trying to do?

The expression of “Dibur,” speaking, is an expression of teaching and direction, so that if Dovid is “speaking” this song, it is because he is trying to teach its readers something. And perhaps the lesson here is that (1) that Hashem is ultimate savior, and (2) He saves those who humbly keep his Torah. That is what people have to know.

That said, again, we are looking at here is not a victory song, but a song of clear-headed acceptance of reality.
In this kind of way, Shiras Ha’azinu and Shiras Dovid, seemingly contrary to Shiras HaYam and Shiras Devorah, emphasize a more sobering look at this larger picture of Divine Providence. Between Ha’azinu and Shiras Dovid, we see the difference between deserved salvation and undeserved salvation. Together, they provide the kind of awakening that calls on us to consider how often, in our own lives, Hashem has rescued us when perhaps, we did not fully deserve it.

If perhaps, we deserved our salvations, then that’s great. Our response should be to continue doing what we have done thus far to deserve it. But, beyond a prophet like Dovid HaMelech, who can possibly know for sure? Who can suggest, in an intellectually honest way, what he deserves. For us, humility means to assume we always need to prove ourselves, that we are most likely undeserving. And if we are like the B’nei Yisrael as they’re portrayed in Shiras Ha’azinu, we are in a great debt. It is better for us to start deserving our salvations instead of kicking G-d for it. Indeed, we have what to learn from these humbling songs unsung.
May we all be Zocheh to humbly appreciate Hashem’s constant gifts and protection of us, both undeserved and the more rarely deserved, and Hashem should enable us to outwardly sing the songs of His salvation and final redemption for us, in the days of Moshiach, Bimheirah Biyomeinu! Have a Great Shabbos!
-Yehoshua Shmuel Eisenberg 🙂