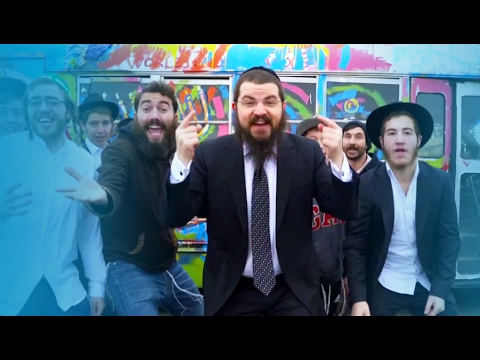 With that introduction, what does the actual Haftarah for Mishpatim talk about and how is it relevant to the Sidrah?

So, the obvious connection between Mishpatim and its Haftarah from Yirmiyahu [34:8-22, 33:25-26] is that each reading features the concept of “Eved Ivri,” the Hebrew slave or bondman. In Parshas Mishpatim, the Torah teaches us many laws beginning with those pertaining to Eved Ivri.

In the Haftarah, the Navi tells us about how Tzidkiyahu Melech Yehudah enforced a decree that everyone free their Hebrew bondmen and bondwomen. However, after a short time, the people would back-peddle and proceed to subjugate their brethren all over again. Thus, Yirmiyah comes along to rebuke the people paraphrasing verses from our Sidrah, telling them that they violated the Torah by refusing to free their slaves.

Yirmiyah warns them that since they did not free their slaves, Hashem will leave them “free” (“Dror”) for the sword, pestilence, and famine. The presentation of this warning is particularly strange. Because if one thinks about it, a more appropriate “measure for measure” response to the people who subjugated their brethren would be that the people would in turn be subjugated, bound, or enslaved by their exile. Instead, the Navi basically says that since they didn’t free others, they themselves would be “free,” yes, free to be punished and all bad things, but the wordplay, as interesting as it is, is not exactly a perfect measure for measure response. So, why does the Navi sort of abandon the “measure for measure” format, and instead, emphasize “freedom” (“Dror”)?

Another noteworthy feature of this Haftarah which can be found in Yirmiyah’s rebuke to the people is the apparent “covenant” which the people entered when they freed their slaves. The Navi goes onto describe how the people had split a calf into two parts and passed in between the parts, a ritual familiar to us as it directly parallels Avraham Avinu’s “Bris Bein HaBisarim” or “Covenant Between the Parts” which he made with Hashem generations earlier [Bereishis 15]. Apparently, the people had not only violated the Torah, but their own later day “Covenant Between the Parts.” The question, though, is what connection their freeing of their slaves has to the original Bris Bein HaBisarim. Why does the Navi evoke this image in the context of Eved Ivri?

As far as the connection between the Haftarah and our Sidrah goes, there is no real wonder as to the appropriateness. Perhaps one could argue that there are many laws taught in Parshas Mishpatim besides for Eved Ivri, but even so, it is very clear that the laws of the “Eved Ivri” are an integral part of the Sidrah as the Torah decided to begin Mishpatim with them and discuss them in particular depth while many of the other laws are only given passing references. The only real question on this issue is why that is. What is so crucial about the laws or concept of Eved Ivri that the Torah gave it such particular attention and placed it at the beginning of all of the societal laws in Mishpatim?

Before we can answer these questions, we have to consider one final issue, namely, the title of this slave: “Eved Ivri”-“Hebrew slave.” Why did the Torah choose the name “Ivri”? Even at the point of Parshas Mishpatim, the Jews were also called “Yisraeilim,” so “Eved Yisraeli” would have been just as accurate.

However, there is apparently something really integral about the term “Ivri.” The first person to be called an “Ivri” was Avraham Avinu [Bereishis 14] who lived “Eiver HaNahar,” on the other side of the Euphrates River. Of course, Chazzal teach us that the term “Ivri” has further implications of “otherness,” that Avraham was spiritually and ideologically on the “other side” of the world, against the pagans.

Now, what does any of the above have to do with the Eved Ivri?

Indeed, this sense of spiritual and ideological “otherness” which not made Avraham the forerunner of the B’nei Yisrael, Hashem’s chosen nation, but which served as the B’nei Yisrael’s ticket out of bondage. It was the nation’s ability to tap into their inner Avraham by defying the Egyptian pagan deities and acknowledging Hashem as the only G-d that the B’nei Yisrael ultimately merited to leave their Egyptian masters to serve G-d alone.

All of the above is the backdrop for the Eved Ivri whose spiritual goal is to eventually leave his bondage to serve G-d alone. And when the Yovel (the fiftieth/Jubilee) year arrives, as the Torah teaches, there will be a proclamation of “Dror,” mandatory freedom for all slaves, at which point, nobody will be bound by labor to another human. Everyone will have just one Master in heaven.

This message is undoubtedly important for the Eved Ivri who would be missing the point of the entire Exodus if he chooses to forgo his destiny of serving G-d alone for the opportunity to be a slave to man any longer.

However, our Haftarah reveals that this message is equally important to the stubborn masters who may not want to relinquish their bondmen. They have to realize that there is only One G-d Who is worthy to serve, and that they are not G-d. The people of Yirmiyah’s time needed to make their own version of the Bris Bein HaBisarim, symbolizing a readiness to follow Avraham’s lead, realizing that Hashem is the master of every single being. The problem was that the “covenant” was clearly a fake; they were only going through the motions. They missed the point, and demonstrated that when they took their slaves back.

Thus, this concept of “Dror,” which means mandatory relinquishing of both oneself and others for the purposes of reconnecting everyone in this world to G-d is so crucial and essential to the concept of “Eved Ivri,” that perhaps, the Navi here needed to highlight its importance in its warning to the people. For, as was mentioned, the Navi does not utilize the typical “measure for measure” format and say that those who insisted on subjugating would be subjugated. In the Navi’s presentation, there will necessarily be “Dror” for everyone without exception. However, those who refuse to recognize G-d’s sole mastery and instead choose to play the role of G-d themselves and be “masters” over free man will themselves be relinquished from G-d’s care where they will be prone to sword, plague, and famine.

Quite clearly, the Eved Ivri represents this constant struggle between service to Hashem and service to other forces, whether those forces are fellowman or even ourselves. But, at the end of the day, there will be unavoidable “Dror,” a relinquishing. If we are suffering, we will be let go from the bonds of this world. If we are on top, we will have to step aside and let go of the luxuries of this world or face unpleasant consequences.

The question for us is if we understand what it means to truly be an Ivri. Do we know how to be devoted to G-d above all else or do we just go through the motions with G-d while our true devotion lies elsewhere. Are we going to be stubborn and try to be our “masters” in this world, refusing to let go at G-d’s whim? If so, we are no different than the Avadim who pathetically remain dependent on their bondage in exile. Both are missing the point of the Exodus and both are failing to actualize the goal of an Ivri.

To cite one final occurrence of this term, Yonah declares it perfectly before the pagan sailors, “Ivri Anochi V’Es Hashem Elokei HaShamayim Ani Yarei”-“I am an Ivri, and Hashem G-d of the heavens I fear” [Yonah 1:9]. It’s really that simple. We are not servants to anyone else, nor are we masters, even if we think we are. If we are truly serious and ready to re-enter Avraham’s Bris with Hashem, we will actualize what it means to be an Ivrim and merit the truest sense of freedom; a humble, but pleasurable and unhindered path to Avodas Hashem.

May we all be Zocheh to acknowledge Hashem’s sole mastery after this world, both freeing and submitting ourselves to His service, and Hashem will grant us that truest sense of freedom and redemption in the days of Moshiach, Bimheirah Biyomeinu! Have a Great Shabbos Shekalim!
-Yehoshua Shmuel Eisenberg 🙂