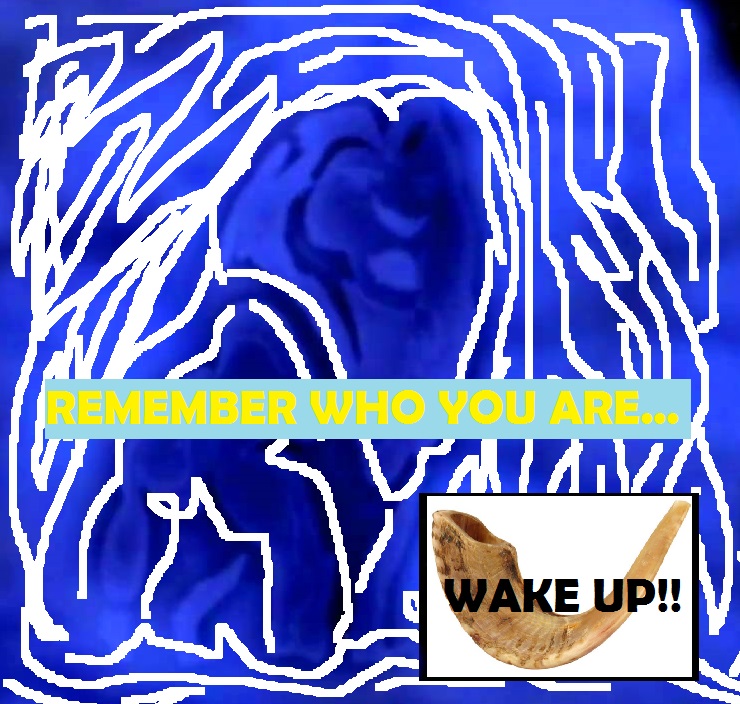 This D’var Torah is in Z’chus L’Ilui Nishmas my sister Kayla Rus Bas Bunim Tuvia A”H, my grandfather Dovid Tzvi Ben Yosef Yochanan A”H, & my great aunt Rivkah Sorah Bas Zev Yehuda HaKohein in Z’chus L’Refuah Shileimah for: -My father Bunim Tuvia Ben Channa Freidel -My grandfather Moshe Ben Breindel, and my grandmothers Channah Freidel Bas Sarah, and Shulamis Bas Etta -Mordechai Shlomo Ben Sarah Tili -Noam Shmuel Ben Simcha -And all of the Cholei Yisrael -It should also be a Z’chus for an Aliyah of the holy Neshamos of Dovid Avraham Ben Chiya Kehas—R’ Dovid Winiarz ZT”L, Miriam Liba Bas Aharon—Rebbetzin Weiss A”H, as well as the Neshamos of those whose lives were taken in terror attacks (Hashem Yikom Damam), and a Z’chus for success for Tzaha”l as well as the rest of Am Yisrael, in Eretz Yisrael and in the Galus.

In the fourth Haftarah of the Sheva D’Nechamasa (Seven of Consolation), Yishaiyah reminds the B’nei Yisrael, in Hashem’s Name, that Hashem is their Comforter. “Anochi Anochi Hu Minachemchem…”-“I am, I am the One Who is your Comforter…” [Yishaiyah 51:12]. The double expression of “Anochi Anochi” is apparently emphasizing the point that it is solely Hashem Who is the source of the B’nei Yisrael’s comfort and consolation. This idea seems to be the take-home message as the Navi just a verse later calls out the people for having forgotten Hashem. They have apparently forgotten that He is the Founder of heaven and earth [5:13]. This forgetting, explains the Navi, is manifest in the terror which the people continually display despite the unchanging fact that Hashem is always there, guiding the world’s fate; “…Vatifacheid Tamid Kal HaYom…”-“…and you display dread continually, all day long…”

If the above is true, the Navi uses a strange choice of words in His rebuke of the people. In the opening verse, after reminding the people that “Anochi Anochi Hu Minachemchem…”-“I am, I am the One Who is your Comforter…,” the Navi proceeds to ask the following question: “…Mi At VaTir’I MeiEnosh Yamus U’MiBen Adam Chatzir Yinasein?”-“…who are you that you should fear mortal man [man who will die] and mankind who will be set as grass?” Now, the point of this question is well-taken. Considering that Hashem is more powerful than any human, and considering that Hashem is the “Comforter” of the people, they should have nothing to fear. But, why does the Navi specifically ask “who are you that you should fear…?” It sounds like the Navi is implying that, based on who they are as people, then, they should have nothing to fear. But, that does not seem to be the point the Navi is making throughout this prophecy. Isn’t his whole point that Hashem is the Comforter, and therefore, the people don’t have to worry? That’s why the Navi criticizes the people for forgetting Hashem. This Subject of this message is that Hashem is the source they have forgotten! “Anochi Anochi”—“I am the one!” If that is all true, then “Who are you to be afraid?” is not an appropriate question for the Navi to ask. On the contrary, as mortal humans themselves, they personally have a right to be afraid. Based on who they are, it is expected. It seems that G-d is the only reason why they should not be afraid. What the Navi should be asking them is: “Don’t you realize Who G-d is? How could you be afraid if G-d is your Comforter?” So, why, then, does the Navi, in his question, shift the focus to that of the people and ask “Who are you”?

Another issue worth noting, which has also come up in previous Haftaros, is that this Haftarah is a not a particularly short one. According to the modern breakup of Perakim, this Haftarah overlaps two Perakim. And, granted, the contemporary Perakim divisions were not started by Jewish tradition. However, if one looks at the end of the first half of the Haftarah, it seems to be a reasonable stopping point. Hashem tells the B’nei Yisrael that He will never again serve them the cup of His fury, but that He will give it to their tormentors to drink [51:22-23]. We have assurance that the suffering will come to an end as it is redirected away from us and toward our enemies.

But, instead of stopping there, the Haftarah continues: “Uri Uri Livshi Uzeich Tziyon Livshi Bigdei Sif’arteich Yerushalayim…”-“Wake up! Wake up! Wear your might, Tziyon; wear your garments of splendor, Yerushalayim…” [52:1]. From this point until the end, the Navi continues to convey its message of encouragement, promising glory, salvation, joy, glad song, and other such wonderful things. Certainly, this second passage does the job of relating a comforting message and can serve as its own Haftarah. Why, then, must we read it in conjunction with the earlier passage in our Haftarah? Presumably, as our tradition does in fact them read these passages as a single Haftarah, there is an underlying message that connects the two. What, then, is the Haftarah’s overall point? What is the relationship between “Anochi Anochi” and “Uri Uri”?
Looked at in its entirety, the theme of the Haftarah seems to be that of waking up. But, it’s not really waking up from a slumber. It’s an awakening from drunkenness. The Navi describes how Hashem has fed the B’nei Yisrael a “Kos Chamas,” a cup of His fury [See 51:17, 22], and that the B’nei Yisrael have become intoxicated by this “drink.” Indeed, the Navi explicitly describes the B’nei Yisrael as “Shecuras V’Lo MiYayin”-“drunk, but not with wine” [51:21].

Now, intoxication is an interesting kind of way to describe a people who are suffering from Divine fury. Intoxication sounds more like a description for someone who is misdirected and lost. It does not sound like an appropriate metaphor for someone who is being tormented by human oppressors. Why, then, does the Navi use this kind of imagery?

It could be that the Navi is telling us that in fact, the suffering of one who is spiritually lost and the suffering which the B’nei Yisrael experience at the hands of their tormentors in exile are really one in the same. Yes, there is physical suffering. But, that suffering is due to a general drunkenness which the B’nei Yisrael themselves have fallen into, a drunkenness, without which, they would not have to suffer at the hands of human oppressors, a drunkenness without which they would not even have to fear any human oppressors. In fact, this drunkenness is not the result of wine, but of forgetting Hashem. That is why the Navi has to remind them that “Anochi Anochi”—Hashem is always there. He is their source of comfort!

And the question is how they could forget Hashem, the Founder of the heaven and earth? How can anyone forget G-d in His Almightiness and vastness? The answer quite simple: We forget G-d primarily because we forget who we are. It is not G-d’s existence per se that we trouble grasping. It is the fact that there is a relationship between us and our Creator that we struggle with. That is why the Navi does not just come to remind us Who Hashem is, “Anochi Hashem Elokecha” [51:15], but in the next verse, the Navi states [51:16], “Ami Atah”-“You are My people.”

It when we forget that second point that we begin to forget the first one. Because we live with the understanding that there is this eternal divide between us and Hashem, we forget ourselves—we forget where we should be standing in our relationship with Hashem. We forget that we are His children. It is as Lion King so brilliantly put it when Mufasa appeared to Simba from the afterlife: “You have forgotten who you are and so have forgotten me!”

We forget that we’re connected to Hashem’s eternality so that it becomes quite simple for us to not follow His ways and adhere to His Torah. And certainly, it becomes simple for us to fear our human oppressors. It becomes simple for us to live without comfort, to live in dread of the unknown. That is why the Navi challenges them with the words, “Mi At…?”—“Who are you to be afraid?” Because if we would stop seeing ourselves as an entity divorced from G-d, but instead saw ourselves as a portion of G-d, Hashem’s children who are worthy of fulfilling His word and connecting to eternality, then, we would act like we’re connected to His eternality and we would not be afraid!

This drunkenness is what the Navi tells us to wake up from! In the first half of the Haftarah, the Navi urges us, “Hisoreri Hisoreri Kumi Yerushalayim!”-“Awaken yourself! Awaken yourself, Yerushalayim!” [51:17]. But, as was mentioned, the Haftarah rolls over to the next passage where the Navi urges “Uri Uri Livshi Uzeich Tziyon!”-“Wake up! Wake up! Wear your might, Tziyon!” [52:1].

Now, obviously, the word “Hisoreri” and “Uri” share the same root which means to wake up, but what exactly is the difference between these two words? “Hisoreri” is in the reflexive Hispa’eil form which means to awaken oneself. “Uri” is written in the “command” form. Although their message appears to be the same, there is a fundamental difference between them. “Hisoreri” means that we have to wake ourselves up! It’s not physical sleep that we need to wake up from. It’s not wine that we are drunk on. It is a sleep and a drunkenness that only we can begin to wake ourselves up from! No one else can do that for us. No one individual can ultimately change our minds and convince us to remember who we are. We have to correct our ways. We have to remember who we are!

Then, the Navi tells us, “Uri Uri”-“Wake up, wake up.” It’s a simple calling, the same kind that we make when we’re waking up a friend or family member to go somewhere. “Wake up, son! It’s time for school.” If “Hisoreri” means a sleep that only we can wake ourselves from, then “Uri” is reserved for a regular sleep where someone else can wake us up.      In the context of our Haftarah, this sleep and drunkenness is the one which we have been made to suffer as a result our own self-induced coma. As we’ve explained, Hashem has fed us a cup of His fury in the form of our exile. It included physical suffering, but only because we have intoxicated ourselves in forgetting ourselves, and so, forgetting Hashem in the process. We got lost, and Hashem allowed us to get lost (“Ti’avnu, Titanu”-“We have strayed, and You let us stray” [Viduy]). This drunkenness, Hashem is prepared to wake us from. But, we have to wake ourselves first! When we fulfill “Hisoreri,” then Hashem will softly call to us, “Uri.”

In the end, as soon as we, the B’nei Yisrael, are ready awaken ourselves from our “drunken” state and remember who we are in relation to Hashem, then, Hashem will wake us from the “intoxicating” exile He has fed them. We will remember ourselves and thereby remember Hashem, Our G-d and eternal Comforter.

May we all be Zocheh to wake up, remember who we are supposed to be, fear no evil beyond our own personal accountability, live up to our essence, be connected to Hashem, be eternally comforted by that connection, and of course, earn our ultimate redemption with the coming of Moshiach, Bimheirah Biyomeinu! Have a Great Shabbos!