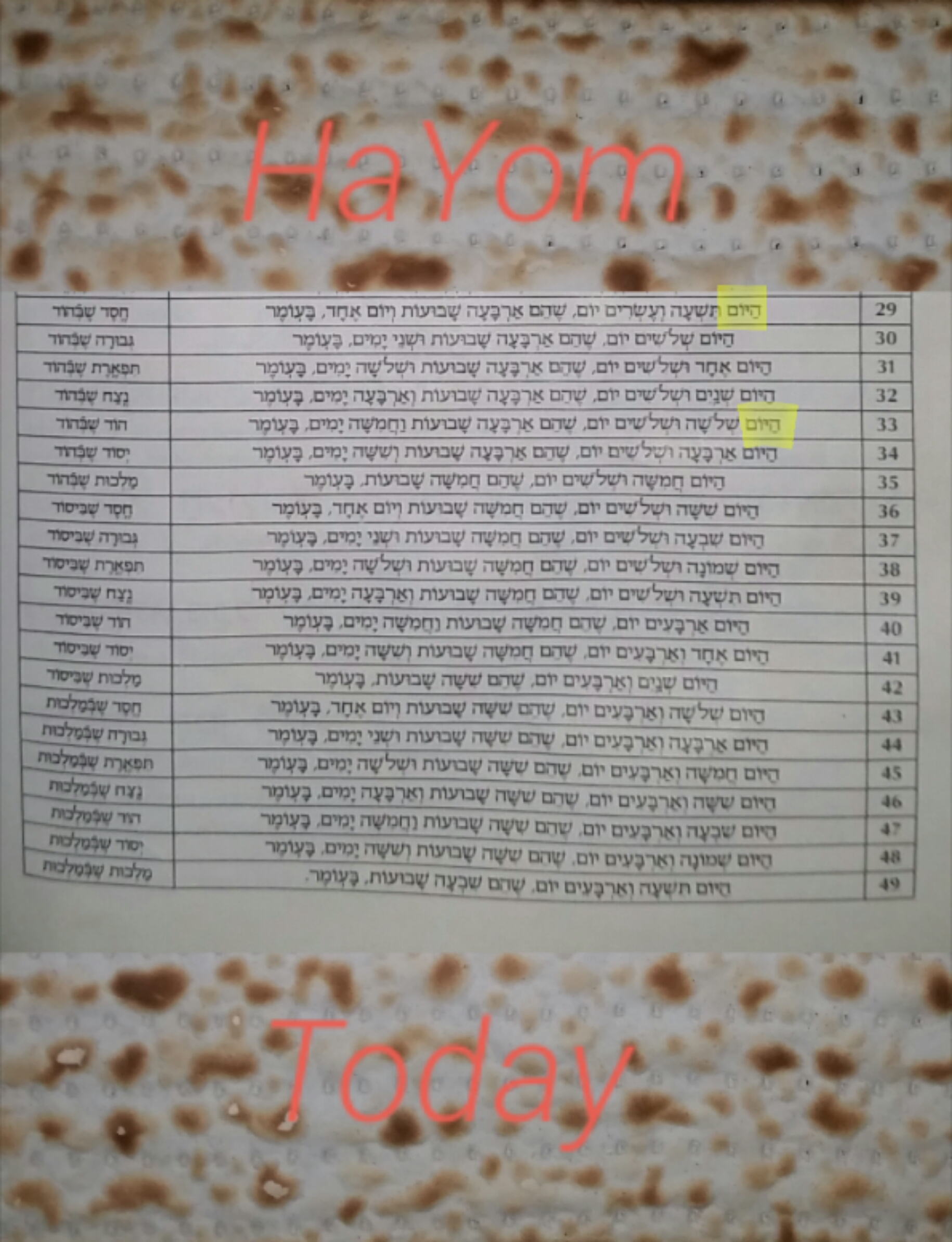 One of the focal points of Parshas Emor is the Torah’s calendar of Chaggim or Yomim Tovim, our festivals and holidays.1 Interestingly, the Torah refers to them as Mo’adim, literally, “appointed times.” What is the basis for the Torah’s label for our holidays?

Very simply, the connotations of “appointed times” is that there are junctures of time which were carefully chosen or appointed. The word “Mo’eid” is related to the word “Va’ad,” a meeting, because it is at each of these special time slots where we have a unique opportunity to engage in a scheduled meeting with G-d.

Practically, they are “holy days,” hence the term “holidays.” In Halachah, “holiness” is expressed by Issur Melachah, the prohibition against various creative activities, which, we might say, silences the distracting “noise” in life and affords us the opportunity to connect to that which is meaningful and sacred, i.e. our relationship with Hashem.

In that vein, these critical periods or “appointed times” are not merely times of obligation and restriction, but windows of opportunity for holiness and closeness to Hashem. Whether through Tefilah, Talmud Torah, or any other avenues of Avodas Hashem, it is on the holidays when G-d is closest. Thus, Pesach, Shavuos, Rosh HaShannah, Yom Kippur, Succos and Sh’mini Atzeres are our G-d-given time slots, all “appointed” and “pre-designated” for such a purpose, each in their own unique way. One would be a fool not to take full advantage of these “appointed times.”

However, history has shown that we simply cannot just sit and wait for these “appointed times.” We have to yearn and strive to engage with Hashem even when those opportunities do not seem to present themselves.

Today is Pesach Sheini, or, if you are reading this on Shabbos, then it was Pesach Sheini. Pesach Sheini is essentially the “second chance” to offer the Korban Pesach a month after its originally scheduled date.2 Although the individuals who were deprived of the opportunity to participate in Korban Pesach due to impurity they contracted when tending to the dead were legally and rightfully exempt from the Mitzvah, they were not going to settle for exemption and just wait until next year. Thus, they petitioned to Moshe who beseeched G-d for some solution. And though they had missed the “appointed time,” G-d granted them Pesach Sheini. Indeed, it was not the holiness of the “time,” but the simple holiness of the people desperately yearning for holiness that created the new opportunity of Pesach Sheini.

This week will be Lag Ba’Omer, a most crucial but “non-appointed” time in the history of Klal Yisrael. On Lag Ba’Omer, immediately after having lost twenty-four thousand irreplaceable students to a plague, Rebbi Akiva wasted no time in cultivating students anew with the five Talmidim who would become the main Tanaim of the Mishnah, the basis for the Oral Law and the vehicle for Mesorah or the Torah’s transmission from generation to generation. The time was critical, not because of the intrinsic holiness, but because it was at that desperate time that Rebbi Akiva needed to act.

Thus, although Shavuos was apparently the scripted “Z’man Matan Toraseinu” or the “appointed time” for the giving of the Torah, the “non-appointed time” of Lag Ba’Omer became the day where the entire Torah SheBa’al Peh (Oral Law) was preserved by Rebbi Akiva and when the secrets of Kabbalah or “Toras Nistar” (hidden Torah) was revealed by his disciple Rebbi Shim’on Bar Yochai.

All of the above should lead us to an appreciation of the profound urgency and potential holiness of today.

The Gemara3 records a story of when Eliyahu HaNavi sent Rebbi Yehoshua Ben Levi to meet Moshiach himself to ask him when he would reveal himself. Moshiach’s simple response was, “HaYom”-“Today.” When asked by Eliyahu what Moshiach had replied, Rebbi Yehoshua Ben Levi responded with understandable disappointment and disapproval of the apparent lie he had been told, as indeed, Moshiach had not arrived “today.”

However, Eliyahu clarified that Moshiach must have meant, “HaYom Im B’Kolo Tishm’u”-“Today if you shall hear listen for His voice.”4

What exactly were Moshiach and Eliayhu HaNavi telling Rebbi Yehoshua Ben Levi that day? That the ultimate Geulah does not have to arrive at an “appointed time”! It does not have to come on Pesach! And if, indeed, it doesn’t come on Pesach, that does not mean one has to wait until next Nissan! Moshiach could come on a regular day like “today,” if only we, as a collective and as individuals, would be earnestly listening out for the voice of Hashem’s resounding messages to the world and dare to harness the untapped, hidden, potential holiness that can be found even “today.”

Thus, Rebbi Nachman MiBresslov taught that “HaYom Im B’Kolo Tishm’u” reminds us the absolute importance of living in the present moment of today. Perhaps that is the deeper meaning of Sefiras HaOmer, during which each and every day of potential holiness is counted with the declaration “HaYom…”

In perhaps a similar but Halachic vein, the Radvaz6 ruled that in the case where a Jewish prisoner is granted the right to return home to Daven with a Minyan for any one day of his choosing, one is NOT to wait until Yom Kippur, but that one must choose the very first available day and Tefilah for his release. Apparently, the Mitzvah which is one obligated to “today” does not take a back seat to the same Mitzvah of “tomorrow,” no matter how much holier the “appointed time” of tomorrow may be.

Sometimes, the most holy Avodah is the one that is offered “off the cuff” and “off script”—the non-rehearsed Avodah of “today.” Although there is an obvious difference between the intrinsic holiness of the “appointed times” and other days, it is clear that “non-appointed times” are no less important. In fact, apparently, there is no more important time for Avodas Hashem than today, right now.

May we all be Zocheh to listen out for Hashem and benefit from the holiness of all times, both the “appointed times” and otherwise, and we should be Zocheh to the coming Moshiach “HaYom”—on the first and next available “TODAY,” Bimheirah Biyomeinu! Have a Great Shabbos! Don’t forget to count Sefiras HaOmer (#30).
-Yehoshua Shmuel Eisenberg 🙂