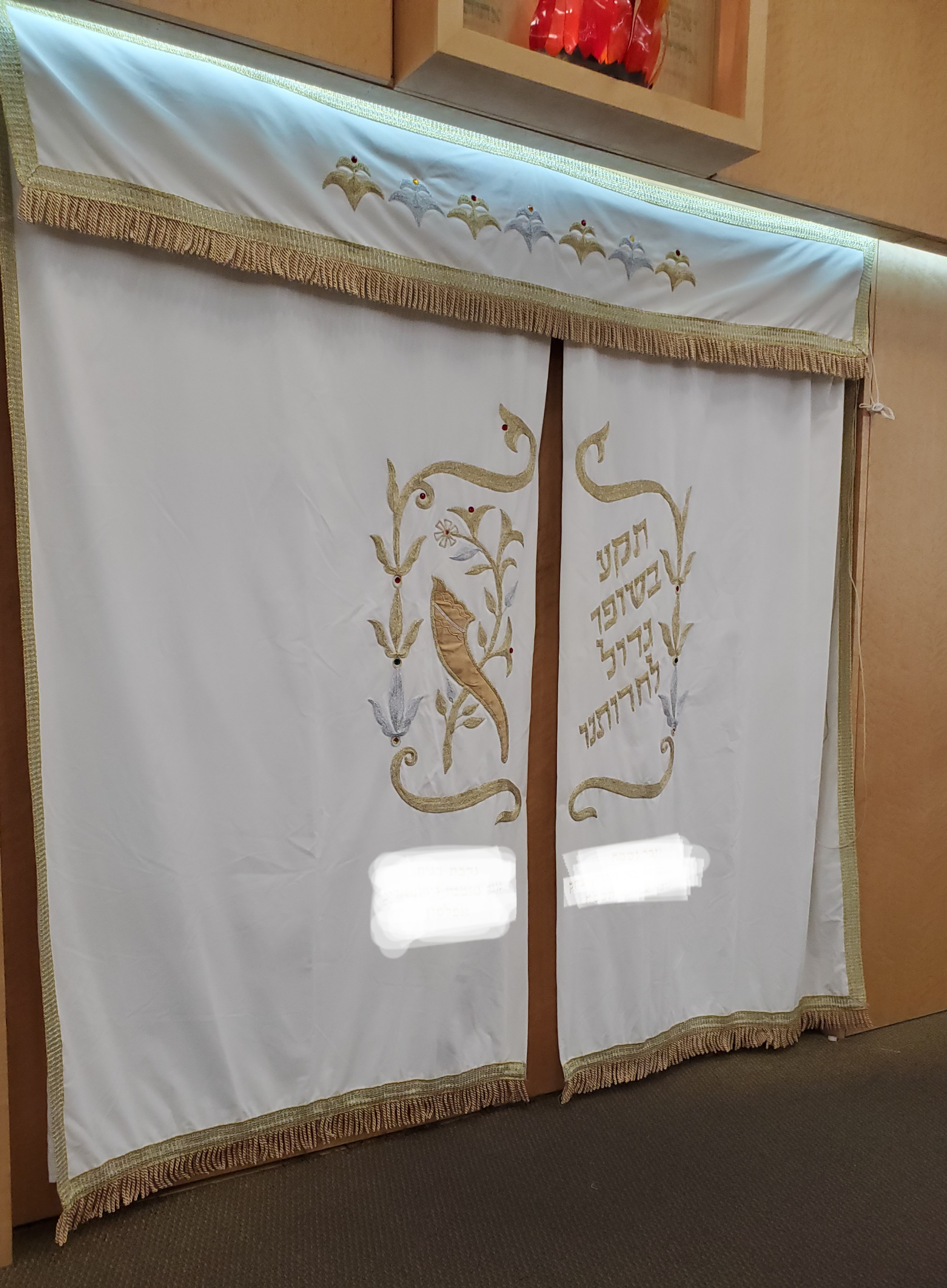 “How to Hear a Shabbos Shuvah Drashah”

Moshe Rabbeinu introduced Shiras Ha’azinu by summoning the heavens and earth to hear his fiery speech, as the Pasuk writes, “Ha’azinu HaShamayim Va’Adabeirah V’Sishma HaAretz Imrei Fi”-“Give ear, Heavens, and I shall speak, and hear, Earth, the expressions of my mouth.”1

Why the attention of heavens and earth was necessary, Rashi explains, is that since they are not mortal beings, only they could truly be relied upon to bear witness to Moshe’s warnings to the nation after he would pass on.2 Additionally, Rashi suggests further that the heavens and earth’s attention was required as they would ultimately need to carry out G-d’s will based on the behavior of man, for example, either giving off or withholding rain and produce.2

“Give Ear, O Heavens… Earth can listen too.”

Though both the heavens and earth are invoked in this song, if one looks closely at Moshe’s poetic words, the roles of heaven and earth as the audience of this song do not appear completely identical.

“Ha’azinu HaShamayim Va’Adabeirah…”-“Give ear, O Heavens, and I shall speak…”1

In this clause, Moshe specified that the heavens should first give ear, and then he will speak. It is only after that where Moshe adds:

“…V’Sishma HaAretz Imrei Fi”-“…and hear, O Earth, the expressions of my mouth”1—where the earth is then also urged to listen up.

Thus, from Moshe’s words, it seems as though Moshe’s primary concern was that the heavens were listening, but that, at the same time, the earth would also “gain” from his words.

This is problem, however, because when we look at Moshe’s words further, it is the earth that seems to become the primary audience, as Moshe states, “Ya’arof KaMattar Likchi Tizal KaTal Imrasi K’S’irim Alei Deshe V’Chir’vivim Alei Eisev”-“My lesson shall drip like rain; my expression shall flow like dew; like storm winds on vegetation, and drops on grass.”3

Indeed, the above metaphor which likens the relationship between Moshe’s words and their audience to that of rain upon vegetation necessarily clear puts the earth in the limelight as it is the earth—and not the heavens—that is sustained by rainfall. In other words, though Moshe seems to require the “ear” of the heavens, it is the earth that would gain the most from listening to his message. The question is what this incredible message is to which Moshe needs the heavens to listen, but for which the earth itself really thirsts.

The Woes of Public Preaching

Now, why it is that Moshe apparently needed Heaven’s ear before he could speak when it was apparently the products of the earth that needed to hear the message most can perhaps be explained homiletically by a phenomenon and irony that exists in the world “public preaching.”

Often enough, there is a particular audience that is absolutely thirsting for a particular message; however, that audience may be too stubborn or indifferent to give the speaker a voice and platform for which to communicate that most important message. They may not even realize how much they thirst that message. And if the leader attempts to target that audience directly, the message will not be heard, but will fall on deaf ears. Though the message needs to be stated, a lecture would prove futile.

However, if the speaker has a strong and intrinsically motivated base of an audience to “give ear” to his message and provide him that platform, it makes the lecture worth it. Even if that already motivated audience is not in desperate need of that particular message at the moment—even if the preacher is preaching to the choir—they may greatly appreciate the talk and make it possible. And once that lecture is happening, there is at least an opportunity present for those who may be less motivated but are more in need of that message.

In the case of Shiras Ha’azinu, if the heavens—the devoted listeners—will give Moshe their ear, then Moshe can, at least, begin to speak. The hope though is that the earth—which really needs this message—will also listen in to Moshe’s message and gain from it. Indeed, there is an unquestionable, target audience who desperately needs to hear Moshe’s speech, namely the inhabitants of Earth.

How to Hear a Shabbos Shuvah Drashah

And here is where we get to the critical flaw in the way many of us receive a Shabbos Shuvah Drashah. In a certain respect, we are very much like the “heavens.” We may be inspired and motivated to hear the powerful and wise words of the Rav or Rabbi as he delivers his fiery, Mussar-filled Shabbos Shuvah Drashah. We “give ear” and provide the speaker a platform with utmost enthusiasm. We may even commend him wholeheartedly afterwards. Perhaps we can repeat the Drashah afterward, word for word, source for source. And yet, it could very well be that the Drashah did not serve us its intended purpose. Why not?

Perhaps, because—although we possibly agreed with every word that the Rav had spoken and even nodded fervently as he spoke those words—while he was speaking, we were looking around the room and thinking about to whom it was he was “really” directing his message—because, of course, it couldn’t be to us. We are already “holding.” We might have heard the idea before and have long agreed with it forever, so he could not possibly be talking to us. We are just the enthused “heavens” providing the platform. We are just the choir to whom the Rav is preaching.

Except that, maybe—just maybe—we are actually the “earth” and those words were not only directed at us, but we needed to hear them most. Maybe, we thirst for the message which we think the Rabbi is preaching to others. This is not to suggest that we haven’t ever worked on ourselves and, at some point in our lives, overcame the challenges and exceled in the area which the Rabbi is preaching about. That could be true. But, if that is the case, what then is our role in the Shul during that Shabbos Shuvah Drashah. Smile and nod? Is our role to impulsively let our eyes wonder around the room, snooping to see how others are receiving the Drashah?

Maybe, we should keep humbly to ourselves. Maybe, we should dare to “second-guess” ourselves for a minute just to think about to what extent that Drashah does apply to us, because maybe—just maybe—to a fair degree, it does. Maybe, if Hashem situated us in that Shul at that moment, it is because we needed to hear the message again and inculcate it better. Maybe, it we are earnest and modest enough, the Drashah will drip down upon us like rain onto thirsty vegetation.

And if, after all of that, we could not possibly figure out how it is the Drashah applies to us, then we really need to engage in our own self-introspection and consider what it is that we do need to work on. After all, the Rabbi’s Drashah, by definition, likely won’t be absolutely, equally received by everyone. It is geared toward an entire group of many different individuals. And if we tragically find ourselves uninspired or unmoved, then once we have exited that Drashah, we have all the more work to do. Our Teshuvah certainly does not begin or end with the Rabbi’s Drashah. For anyone and everyone though, it can be used a springboard towards further introspection and growth. If the Rabbi’s analogies don’t speak to us, then maybe we have to personally conjugate them into ones that do. But, in truth, there are no excuses for any one of us not to take something practical home with us from that Shabbos Shuvah Drashah. That is because none of us are perfect, and even the areas that we feel we have “mastered” can be given more thought and attention. Maybe—just maybe—we are still missing something.

Of course, if you have thought about this already, then none of the above applies to you. I’m sorry to bore you…

May we all be Zocheh to open ourselves to inspiration and growth, allow the Torah we receive to sustain us like rain on the earth, introspect, actualize our spiritual growth, and we should not only a G’mar Chasimah Tovah, but a year of manifest Geulah with the coming of Moshiach, Bimheirah BiYomeinu! Have a Great Shabbos Shuvah!
-Yehoshua Shmuel Eisenberg 🙂 