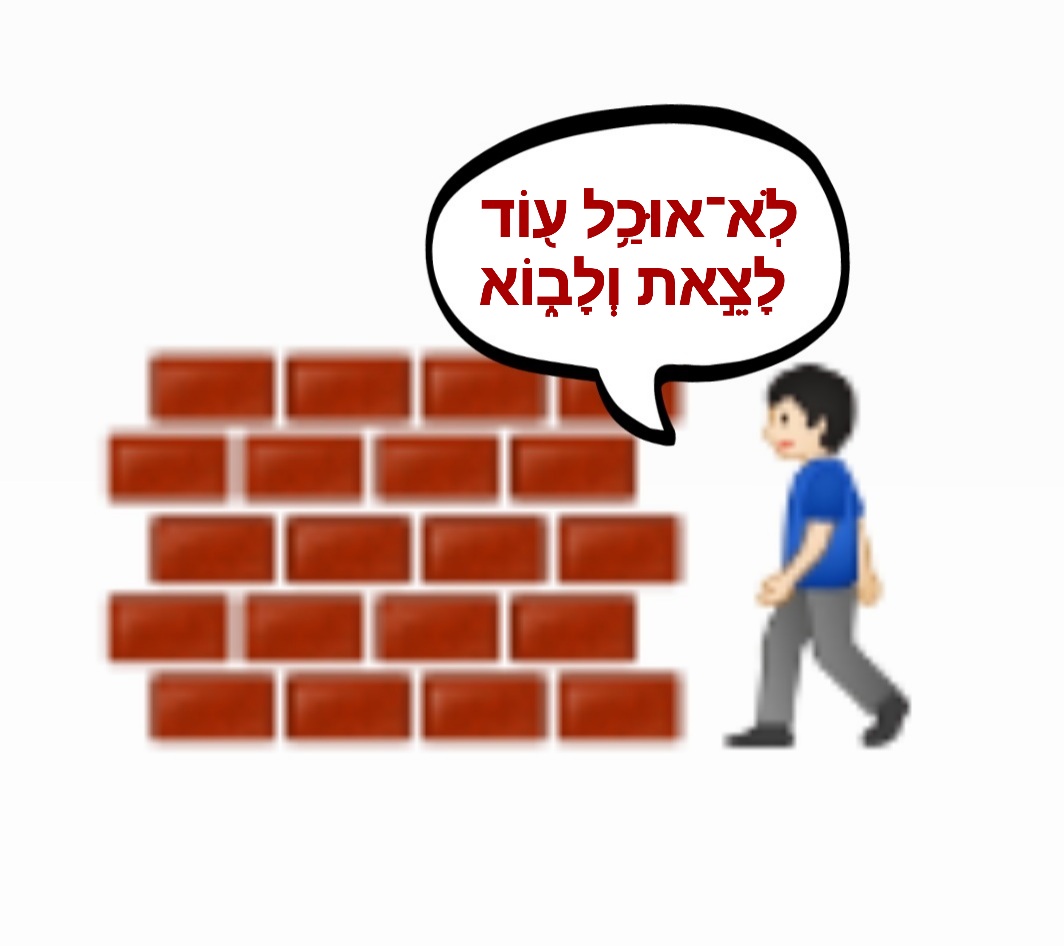 It should also be in Zechus L’Refuah Shileimah for:
-My father Bunim Tuvia Ben Channa Freidel
-My grandmothers Channah Freidel Bas Sarah, and Shulamis Bas Etta
-MY BROTHER: MENACHEM MENDEL SHLOMO BEN CHAYA ROCHEL
-Mordechai Shlomo Ben Sarah Tili
-Noam Shmuel Ben Simcha
-Chaya Rochel Ettel Bas Shulamis
-And all of the Cholei Yisrael, especially those suffering from COVID-19 and the Meiron tragedy.
-It should also be a Z’chus for an Aliyah of the holy Neshamos of Dovid Avraham Ben Chiya Kehas—R’ Dovid Winiarz ZT”L, Miriam Liba Bas Aharon—Rebbetzin Weiss A”H, as well as the Neshamos of those whose lives were taken by terrorists (Hashem Yikom Damam), COVID-19, and the Meiron tragedy.
-It should also be a Z’chus for success for Tzaha”l as well as the rest of Am Yisrael, in Eretz Yisrael and in the Galus.
בס”ד
For the rest of my audio content, please visit me at The DataBeis:
https://jewishpodcasts.fm/thedatabeis
וַיֵּלֶךְ ● Vayeilech
“I Can’t Even”
Audio version:
https://jewishpodcasts.fm/thedatabeis/22555
The shortest Parsha of the Torah begins with the words, “Vayeilech Moshe”-“And Moshe went” [Devarim 31:1], however the Torah does not indicate where it was that Moshe went. Why, in fact, was this portion of Moshe’s speech introduced with these oddly placed words?
It is also peculiar to note that when Moshe finally begins his speech, he informs the B’nei Yisrael that “Lo Uchal Od Latzeis V’LaVo”-“I am no longer able to go out or come in” [Ibid. 31:2]. In other words, Moshe could not go further. There was essentially nowhere to go. Where then was Moshe going?
Perhaps it’s not important where Moshe was going, but THAT he was going, that he still had the physical capacity to go forward. But, despite that, simultaneously, for some other reason, Moshe was rendered incapable of going. Thus, “Lo Uchal Od Latzeis V’LaVo”-“I am no longer able to go out or come in.”
Rashi explains one might think that Moshe’s physical strength had depleted in his old age. However, Rashi argues that the Torah would dispel this notion as it later writes that Moshe’s eyes hadn’t even dimmed (Devarim 34:7). So what did Moshe mean when he stated “Lo Uchal Od Latzeis V’LaVo”-“I am no longer able to go out or come in”? That “I am not permitted” to go forward.
Indeed, sometimes, when the Chumash uses the words “Lo Suchal,” which means “you are unable,” it does not actually mean incapable, but it simply means that “you are not allowed.” For example, “Lo Suchal L’His’aleim” [Devarim 22:3] does not mean that one physically cannot avoid returning lost objects. It means one is not allowed to do so. Here is just one of many Mitzvos in which the Torah equates permission with capability.
Is Rashi teaching us a lesson in grammar? Why in fact does the Torah speak this way, to equate Halachic permission with capabiliy?
The Torah is teaching us that Moshe was tied and bound by Ratzon Hashem. It is teaching us a Hashkafah, an outlook for life, a real life sensitivity that we must aspire to have. “I am not allowed” should mean “I am not able.” The Halachah was reality for Moshe Rabbeinu.
In a similar vein, it was said of Rav Moshe Feinstein that he simply could not, for any reason, walk in front of someone who was Davening Shemoneh Esreih because Halachah forbids one from doing so. It was there was a brick wall in the way. He was simply unable. The option did not exist. This is the difference between recognizing that Lashon HaRa is bad and recognizing that Lashon HaRa is absolutely unacceptable and intolerable, that the possibility could not exist.
Shabbos Shuvah is a time of inspiration and resolutions. We look for all sorts of areas to improve on. But, perhaps this Hashkafah is something to aspire to, to bridge that gap between “I’m not allowed” and “I’m unable.” We should aspire to have such a relationship with Hashem and the Ratzon Hashem that would simply render us unable to disappoint our Father and King.
We should all be Zocheh to that sensitivity, a wonderful Shabbos Shuvah, and a G’mar Chasimah Tovah!
Yehoshua Shmuel Eisenberg