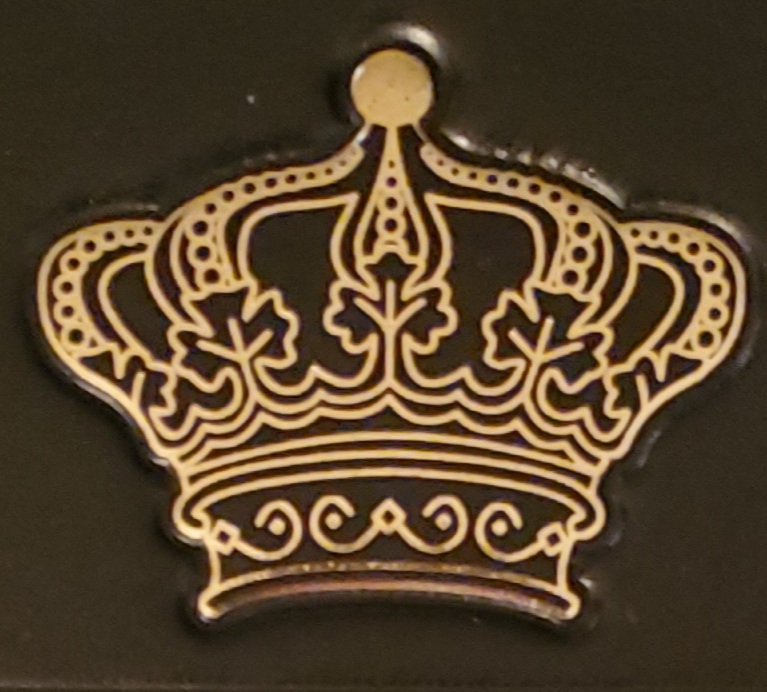 As was discussed above, our Sidrah picks up with Hashem’s recognition of Pinchas’s heroic act of standing up for the Name of G-d.1 When the nation was brazenly engaged in licentiousness and idolatry, only he had the audacity to counter the ravages of their misdeed, executing the tribal leader Zimri who was a public perpetrator.2 As controversial and deathly as Pinchas’s lethal act may have seemed at the time, Hashem ultimately ascribed the subsiding of His plague against the B’nei Yisrael to Pinchas and promoted him from being a regular Levi to a Kohein, a priest to serve in the Temple. G-d’s recognition of Pinchas was a public stamp of approval against all doubts as to the correctness of Pinchas’s act.

Now, as righteous and obviously difficult as it was for Pinchas to act as he did, what exactly does his reward and promotion have to do with his heroic act? This is not to question whether or not he deserved or needed any reward. He certainly did. But, why should Pinchas specifically have been named a Kohein for his killing of Zimri?

Interestingly, Pinchas’s father Elazar and grandfather Aharon were already named Kohanim. Indeed, they were the first Kohanim so that the Kehunah or status of priesthood would actually have continued eternally from all of Aharon and Elazar’s future seed, specifically from that original point in history and on. That would mean that all of Aharon’s already-born grandchildren at the time would have been excluded from that historical anointment. Incidentally, like a recessive trait, the Kehunah had skipped over Pinchas. But, at the last moment, Pinchas, without realizing it, made the great save when he killed Zimri and ultimately latched himself onto the line of Kehunah, securing for himself an eternal status as a Kohein.

What emerges though is that it was by a seeming fluke that Pinchas was not a Kohein to begin with. One would think that Pinchas should have been a Kohein all along. In reality, he wasn’t going to ever be a Kohein and there was just a last minute change of plans. The question is why it had to be that way. Why was Pinchas not meant to be a Kohein before? The “mere technicality” here seems unfair. The Kehunah did not have to skip a generation, did it?

And if did, then, for whatever reason that Pinchas was not supposed to be a Kohein, why would that reality have magically changed so that he would become a Kohein now, after exacting a capitol punishment against a sinner?

The Forging of Legacies

In our previous discussion, we revealed that upon simple examination of the Sidrah from a global perspective, Parshas Pinchas undoubtedly concentrates on the concept of legacy. The passages describing Pinchas and Yehoshua’s respective “ordinations,” among many of the others in the Sidrah, pertain to the theme of succession in various forms of leadership and the continuity of the chain of tradition.

Another example of this theme in Parshas Pinchas can be identified in Torah’s presentation the final census of the B’nei Yisrael. The count was based on their familial legacies and it was in accordance with this count that each family would ultimately inherit land following their entry into the Promised Land. Related, Parshas Pinchas also famously features the request of the daughters of Tzelafchad for a possession in the Promised Land so that they may preserve the legacy of their father.

With this apparent motif laid out for us, the overarching question which has to be in the back of one’s mind when learning through Parshas Pinchas is: What makes for a successful successor? How are legacies successfully forged? If we consider this question, perhaps we can answer our other questions.

When contemplating the particular basis for Pinchas’s new role as a Kohein, we posed a twofold question. Firstly, what did Pinchas’s killing of Zimri have to do with Priesthood? Secondly, considering Pinchas’s familial line, why was he not a Kohein until that point? Correct, there he missed the boat for Kehunah by a technicality and mere circumstance as he was born before his father and grandfather were named Kohanim. But, why should that technicality have even existed in the first place, and why should that technicality have been overridden by Pinchas’s killing of Zimri?

At the root of this two-part question is the larger question of what should determine Kohanic legacy, biological lineage or heroic merit. And when we think about how the status of Kehunah is ultimately took “effect,” there seems to be some tension or perhaps some overlap between these two bases.

On the one hand, we know that Kehunah is passed down by paternal lineage. Most descendants of Aharon—virtually all of them—are Kohanim. Now, while at first glance, it seems that the legacy of Kehunah is determined on the basis of biology alone, every now and then, the Torah intimates to us that determining the status Kehunah is not that simple. For one thing, here, we learn that Pinchas was not originally a Kohein until he somehow “earned” it. Clearly there was apparently some other value at play. And it could be that as per this other value, Pinchas himself was not entitled to Kohanic status at the moment when Aharon and Elazar were inaugurated, at least not more entitled than anyone else. And apparently, something did in fact change when Pinchas killed Zimri. The point is that Pinchas was not named a Kohein on the sole basis of his genes.

The Myth of “Kohanic Rights”

But, if one thinks about it, Pinchas is not the first such case where Kehunah was “bestowed” due to some basis extra to biology. There is an earlier, more glaring model for this phenomenon. Indeed, the entire designation of Aharon’s family as Kohanim to begin with had nothing to do with the circumstances of birth and genetics. On the contrary, the Kohanim were not even meant to come exclusively from the tribe of Levi, but from the paternal firstborns of the entire B’nei Yisrael. However, when the B’nei Yisrael became guilty for the worship of the Golden Calf3, the firstborns were stripped of their “rights” or their “assumed entitlement” to the Kehunah. Conversely, the Levi’im who followed the orders of Moshe and killed their own brethren who worshipped the molten calf were elevated and promoted.

Indeed, it sounds like, originally, the Kehunah was supposed to be determined by circumstances of birth alone. If you were a firstborn—by chance and certainly by no efforts of your own—you were automatically a Kohein. However, following the Sin of the Golden Calf, the “rights” of Kehunah shifted to a particular tribe.

And that historical shift accomplished two monumental results. The first was that it generated a new “birthright” stipulation to determining Kehunah—namely, being born to Aharon or his progeny, and not being born first in your family. The second and perhaps more fundamental accomplishment was that the shift demonstrated that there is apparently another key element to determining Kehunah, namely, merit.

By killing their own brethren, the Levi’im made a loud statement that the sanctification of Hashem’s Name precedes all other relationships in one’s life, and that statement became their eternal merit. Because the Levi’im rose to the occasion and acted on G-d’s behalf when the nation at large failed to, their tribe was selected to rear the Kohanim of the nation who would serve as the spiritual nexus between the B’nei Yisrael and Hashem, guiding the people in Hashem’s way. And it makes sense that those who make G-d the priority in their lives are befittingly, the ones who would aid the people in serving Him.

All of the above demonstrates that Kehunah, in its truest essence, was never entirely an assumed right. Is there a circumstantial, birth-related element to Kehunah? Apparently, there was and still is. By such a circumstantial technicality relating to the timing of Pinchas’s own birth, he was originally excluded from Kehunah. However, what has become clear is that Kehunah is more fundamentally designated for the one who stands up for Hashem’s Name where no one else will. And indeed, that is exactly what Pinchas had done.

In what looks almost like a remake or reincarnation of the tragic scene of the Golden Calf, when the B’nei Yisrael were worshipping Ba’al Pe’or, Pinchas, an average, non-Kohein Levite, stood up for Hashem and took the life of one of his own brethren, a leader from the tribe of Shim’on, simply because he knew it had to be done for the sake of G-d’s Name.

Indeed, Pinchas’s promotion was not incidental. It was not because he was born in the right place at the right time. Because, again, on the contrary, if it was merely a question of time and place, Pinchas would have never become a Kohein. He earned the legacy because he properly fit himself into it. Fundamentally, there are no pure Kohanic rights.

Indeed, this phenomenon of legacy being determined primarily by merit is not only demonstrated by the transfer of Kohanic status from the firstborns and the tribe of Levi. In history, we find the same shift occurring even between firstborns and their younger siblings. In this exact vein, so many were seemingly denied the “rights” to a firstborn legacy; Kayin, Yafes, Yishmael, Eisav, Reuvein, Eir, Menasheh, Aharon, Nadav, and Korach all, in one way or another, ended up behind their younger brothers or brethren. They were surpassed by someone more befitting, someone with higher merit.

What emerges from the above is that the forging of legacies and the success of successor is a complex undertaking. Although sometimes, circumstance and even birth play a role, it is evident that often enough, one’s unique, personal efforts to do what is right is so much greater. Indeed, one’s merit is the most far-reaching value in the eternally long run. In the end, if we are doing things right, we naturally earn our legacies.

May we all be Zocheh to live up to our inherited spiritual legacies and merit our own spiritual legacies, and our eternal portions should be revealed before us with the coming of the Geulah in the days of Moshiach, Bimheirah Biyomeinu! Have a Great Shabbos!