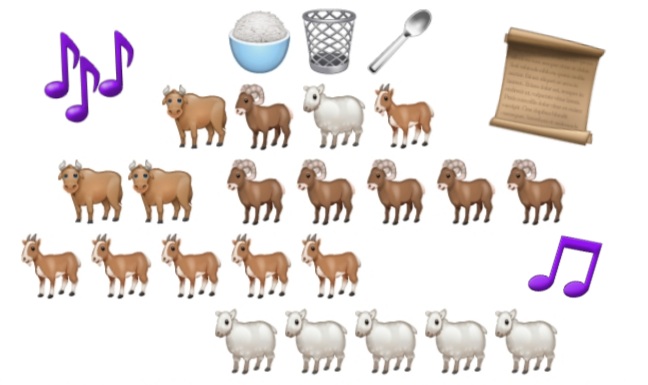 “The Leining We Think We Know”

Parshas Nasso contains a whole section of passages that many can Lein by heart! That would be the section which features the Korbanos which the Nesi’im (tribal princes) offered as a tribute for the Chanukas HaMizbei’ach, or the dedication of the Mizbei’ach on the day that the Mishkan was erected. I would venture to argue that if you are a man and you are reading this now, you would be able to not only finish the paragraph, but you could do so with Trop(!) if I’d merely say: “Korbano Ka’aras Kesef Achas Shloshim U’Mei’ah Mishkalah…” and so forth. You probably read the words here with Trop and you will likely sing along to yourself every next time you hear these paragraphs Lein’ed in Shul. Surely, if you were asked to Lein on the spot, this would be the section you’d be willing to read.

Now, there is a fairly simple reason for this phenomenon. Although we may be proud of ourselves for knowing these passages virtually by heart, if we’re being honest, we will admit that we’re only as familiar with these words as we are because, firstly, these paragraphs are read from every day of Chanukah (which celebrates the Chanukas HaMizbei’ach), and secondly, because, in their own right, these paragraphs are repetitive. Each of the twelve Nesi’im physically offered the same exact tribute, and so, the Torah essentially recorded this passage twelve times changing virtually nothing but the number of the day and the name of the Nassi.

So, yes, naturally, we know the Leining, but do we REALLY know it? I challenge you: Without looking at a translation, could you tell me in your own words what in fact the Korbanos of the Nesi’im consisted of? How many animals did each one offer in his tribute? How about an estimate?

ANSWER: Each one offered a silver bowl, a silver basin, both filled with flour, a golden ladle of incense and several animals, twenty-one to be exact (more specifically, they each offered one young bull, a ram for a burnt offering, a sheep, a goat for a sin offering, and a round of feast offerings which included two bulls, five more rams, five more he-goats and five more sheep).

I also didn’t know the answer to this question until I looked at Artscroll’s translation, but what this possibly painful exercise hopefully helped us realize is that while it’s nice to know how to sing the Hebrew text of these Pesukim, we should not be fully satisfied if we could hardly understand them. And the list above is only the description of the physical Korbanos. Do we have a clue why each of these items were offered, what they symbolize? (Have we consulted the sources that discuss them?) Yes, we’ve heard the words so many times, but what do they mean to us?

There is a popular question asked concerning this section, and that is, why in fact the Torah used up so much space to merely copy and paste the same words. Why in fact does the Torah choose to be repetitive when it could have merely stated that each Nassi subsequently offered a physically identical package of Korbanos? The simple and yet critical answer that is classically offered is that even though the Korbanos were indeed physically identical, they were not spiritually identical, but in fact, each Nassi offered his Korban with different levels and quality of intention and heart. Hashem is able to see well beyond the physical make-up of the Korbanos.

But, for now, let us concern ourselves less with what Hashem sees and more with what we can see. Before we sat on it and thought about the meaning of the words, did we actually know what each package of Korbanos contained? Forget the other eleven. Could we have confidently communicated what one of these tributes looked like? We are naturally inclined to dismiss these passages because an animal sacrifice is an animal sacrifice; you’ve seen one, you’ve seen ’em all. But, if that is true, why would Hashem prescribe different Korbanos for Shabbos, Rosh Chodesh, and each festival? Could we honestly say that we know the difference between the Korbanos Musaf of each of these days? Perhaps we could “Lein” them or sing them with the appropriate Chazzanus and Nusach, but could we tell anyone what in fact the Korbanos looked like? Perhaps we have studied the entire text of the Avodas Yom HaKippurim so that we can lead Musaf, but how ready would we be to actually perform that Avodah we’re describing? Although he was a Levi and therefore unqualified to perform the Avodah himself, R’ Yosef Ber Soloveitchik knew the entire procedure so precisely that he could have picked up from any part of the service and completed it himself. (For those learning Maseches Yoma with Daf Yomi this cycle, the time to visualize and understand the Avodah is now.)

Obviously, the issue is one that pervades our entire Davening and any liturgy that we have come to “familiarize” ourselves with, but of course, only on a superficial level. Hashem understands what we put into each Tefilah, but do we have a clue? Or are we just “Leining” it or “Davening” it? If we haven’t yet, we have to ask ourselves when we are going to sit on it, pay attention to the words in the Siddur and try to understand any of it. And that has to be done on our own time. And if the Avodah is not just a thing of the past, but an ideal we yearn to engage in once again, then we have to have not just our hearts, but our minds set on what it is supposed to look like. Then, not only can sing along if we know the words and tune, but we can have a greater sense of yearning to perform the holy, heartfelt Avodah. Moreover, with a richer understanding of the Avodah, as we read about it, we can, in a certain sense, begin our return to that holy, heartfelt Avodah today.

May we all be Zocheh to not only understand the Avodah, but to eventually see and participate in the holy Avodah with the return and re-dedication of the Mizbei’ach, the rebuilding of the Beis HaMikdash, and the coming of Moshiach, Bimheirah BiYomeinu! Have a Great Shabbos!