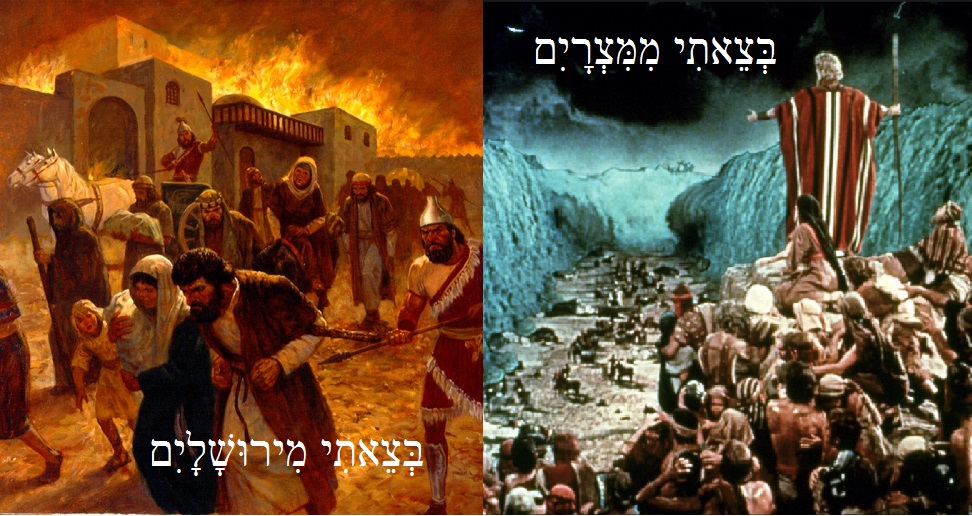 “When I Was Leaving…”

In his final address to the B’nei Yisrael, Moshe Rabbeinu spends a great deal of time rebuking them, recalling the sins of their past. However, of all of the sins, the one that perhaps gets the most attention and largest review is the infamous Cheit HaMiraglim, the Sin of the Spies who discouraged the B’nei Yisrael from entering Hashem’s Promised Land of Eretz Yisrael. From the get-go, early on in Parshas Devarim, Moshe targets this tragic scene and goes off on this failure of the B’nei Yisrael. Yes, it was a very terrible sin.

The question, simply, is why this particular sin is greater than any other which the B’nei Yisrael had committed during their time in the wilderness. The worshipping of the Golden Calf was pretty bad also, was it not? It was borderline idolatry. The Sin of the Spies was definitely bad, but it was not the B’nei Yisrael’s first sin, nor would it be the last. Moreover, it wasn’t even the first time, nor the last time the B’nei Yisrael would get hysterical and complain against Hashem.     In his final address to the B’nei Yisrael, Moshe Rabbeinu spends a great deal of time rebuking them, recalling the sins of their past. However, of all of the sins, the one that perhaps gets the most attention and largest review is the infamous Cheit HaMiraglim, the Sin of the Spies who discouraged the B’nei Yisrael from entering Hashem’s Promised Land of Eretz Yisrael. From the get-go, early on in Parshas Devarim, Moshe targets this tragic scene and goes off on this failure of the B’nei Yisrael. Yes, it was a very terrible sin.

Yet, for some reason, the nation’s response to the Miraglim’s negative report of the Promised Land would have such far-reaching ramifications. It would become a harbinger of national, generation-spanning mourning, as Chazzal tell us, the day on which the B’nei Yisrael rejected Hashem’s land was none other than Tish’ah B’Av, the day on which many future tragedies would occur, including the destruction of the two Batei Mikdash [Ta’anis 29A; Rashi to Tehillim 106:27]. Until today, the B’nei Yisrael have been annually observing an intense mourning period which culminates with Tish’ah B’Av, the day of crying, fasting, and a despair so great that even the yearly commemoration of the Golden Calf tragedy pales. So, what was it about that first Tish’ah B’Av—the nation’s response to Miraglim—that triggered this intense and seemingly endless despair?

To fully understand the ramifications of the first Tish’ah B’Av, we have to understand the essence of this national sin in light of its larger context. The essence of the sin, as Chazzal highlight, was that the B’nei Yisrael cried, practically mourned themselves, in response to the report of the Miraglim, a report that said that the Promised Land could not be conquered. These tears led the B’nei Yisrael to the resolution that they return to Egypt [B’Midbar 14:1-4]. It seems that it is in direct response to this resolution that, in Parshas Devarim, Moshe Rabbeinu tells us how he told them, at that time [Devarim 1:30], “Hashem Elokeichem HaHoleich Lifneichem Hu Yilacheim Lachem K’Chol Asheir Asah It’chem B’Mitzrayim L’Eineichem”-“Hashem your G-d Who goes before you, He will do war for you, like all that He did with you in Egypt, before your [own] eyes.”

Interestingly, in the original account of the Cheit HaMiraglim, we don’t actually hear Moshe’s response. And you know what? Perhaps that omission of Moshe’s piece is quite telling. Perhaps, at the time, Moshe was utterly drowned out by the hysteria of the people. We do know that the voice of reason did not come out until Caleiv silenced the nation. But, had the people stopped crying for a moment and listened to Moshe, this crucial reminder that Hashem was always with them and had redeemed them from their suffering in Egypt, perhaps they would not have turned back.

In this light, it seems that the larger context of this national sin surrounding the Cheit HaMiraglim was that the nation was about to complete the goal that had taken off with Yetzias Mitzrayim, the Exodus of Egypt. Yet, because they were so caught up in their new, more modern woes, they were prepared to reverse the effects of Yetzias Mitzrayim. That could only happen when we allow ourselves to believe that the “grass is always greener on the other side.” That could only happen when we’ve taken our previous salvations for granted. That could only happen when we have lost sight of Hashem’s larger plan. It could happen when we have completely substituted Hashem’s goal with our own. We allow ourselves to lose hope, as if having no recollection of the good that Hashem has done for us and will do for us again, as long as we’re willing to stick with the program and maintain our optimism.

It is for this reason that there is a whole poem in the Tish’ah B’Av Kinos (lamentations), “Eish Tukad,” devoted to depicting the contrast between the Exodus from Egypt, “B’Tzeisi MiMitzrayim,” and the Exile from Yerushalayim, “B’Tzeisi MiYerushalayim.” Because, apparently, when the B’nei Yisrael shed those tears in response to the Miraglim—and genuine tears they were—they had completely forgotten the kindness which Hashem had done for them and the feelings of hope that they had developed in those crucial moments. Perhaps it is also for this reason that Moshe adds in our Sidrah that Hashem told the generation of the Spies [Devarim 1:40], “Penu Lachem U’Se’u HaMidbarah Derech Yam Suf”-“Turn around and travel toward the wilderness on the path of the Sea of Reeds.” He sent them back toward the Yam Suf, perhaps so that they might recall those feelings.

In the meantime though, as the B’nei Yisrael’s emotions stirred so deeply and they cried in the face of their redemption, they prepared themselves to undo their physical Exodus, and return to exile. As such, the intensity and extent of this response was so grave that it could not be overlooked even generations later. Because this teary response to Hashem’s plan represents what’s wrong with every generation, every case of an individual who has professed his loss of hope while breathing the breath of life that Hashem has given them to keep him going forward. It is not merely an attack on Hashem’s Will, but an attack on His perfect intentions and plan.

In this vein, unlike the sin of the Golden Calf which was at least an attempt at noble worship to Hashem, these tears which marked the rejection of the Promised Land and the desire to return to Egypt was a denial of Hashem Who brought them forth from Egypt in the first place. So, if the Golden Calf marked a breaching of the B’nei Yisrael’s covenant with Hashem, the Sin of the Spies marked the breaching of their relationship with Hashem.

Why do we still suffer in the throes of Galus, exile? Because we don’t truly view it as exile. We complain about every other little thing that we don’t like in our lives—you know—the things that don’t actually matter! As Chazzal put it, we “cry for no reason.” So, every now and then, Hashem needs to give us a little bit of perspective and show us what true exile feels like—because we have actually stopped yearning for redemption and, instead, have personally chosen the “path back to Egypt.”

We have to stop for a second and listen to Moshe’s words—remember what it felt like when Hashem redeemed us from exile. Remember that until the goal is met, until we’re back in Eretz Yisrael, that should be the only reason for mourning. Indeed, that is the real challenge and goal of Tish’ah B’Av—to actually be moved to tears by the exile, to allow ourselves to develop some true perspective, and to stop crying for no reason. There are enough real reasons to cry in exile. It is our job to actually think about those reasons to the best of our abilities and meditate on the true contrast between Exile and Exodus. Perhaps we can shed a tear or two. But beyond that, with the newfound perspective, we will be able to improve ourselves and merit the true and fullest transition from Exile to Exodus when we return to Yerushalayim.

May we all be Zocheh to develop a true perspective of our lives in exile, be moved and inspired to yearn for the Geulah, and Hashem should grant us that true Geulah, returning us all to His Promised Land of Eretz Yisrael with the coming of Moshiach, Bimheirah Biyomeinu! Have a Great Shabbos Chazon and a meaningful/final Tish’ah B’Av.
-Josh, Yehoshua Shmuel Eisenberg 🙂