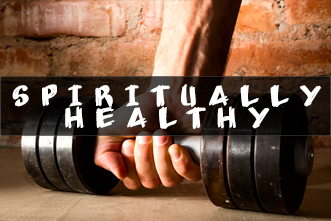 Towards the end of the Torah, as Moshe Rabbeinu expounds on the B’nei Yisrael’s history in the wilderness, he reminds them about the details of their travel conditions: “VaOleich Es’chem Araba’im Shanah BaMidbar Lo Valu Salmoseichem MeiAleichem V’Na’alcha Lo Valsah MeiAl Raglecha; Lechem Lo Achaltem V’Yayin V’Sheichar Lo Shesisem L’ma’an Teid’u Ki Ani Hashem Elokeichem”-“And I led you forty years in the wilderness, your clothes did not wear out from on you, and your shoes did not wear out from on your feet. Bread you did not eat, and wine and intoxicating beverage you did not drink, in order that you should know that I am Hashem your G-d” [Devarim 29:4-5].

Moshe spoke out this particular section in Parshas Ki Savo, just following the passage of the Klalos, the curses, also known as the Tochachah, or Admonition. This particulat spot in the Torah is significant as it was through the passage of the Tochachah that Moshe capped off the covenant which Hashem was sealing with the people, as the Torah says [28:69], “Eileh Divrei HaBris Asheir Tzivah Es Moshe Lichros Es B’nei Yisrael B’Eretz Mo’av Milvad Asher Kareis Atem B’Choreiv”-“These are the words of the covenant that Hashem commanded Moshe to cut with the B’nei Yisrael in the land of Moav aside from the covenant that He cut with them in Choreiv.”

So, considering that Moshe has just related “these words of the covenant,” and considering that whenever Moshe zeroes in on a detail of Israel’s history, no less here, it means that Moshe is trying to teach them a crucial lesson from it, the question then is what it that lesson is here, at this particular juncture in time. At the conclusion of this covenant, what advice is Moshe trying to convey by reminding them about the conditions of their travels in the desert? What is the significance of the fact that the B’nei Yisrael did not eat bread or drink wine in the desert?
If one thinks about Moshe’s choice of words, they should sound familiar, as he has already used almost the exact same phraseology earlier when describing himself. Back in Parshas Eikev, Moshe Rabbeinu relates that when he went up to get the Luchos, the Tablets of our covenant with Hashem, “…Arba’im Yom V’Arba’im Lailah Lechem Lo Achalti U’Mayim Lo Shasisi”-“…for forty days and forty nights, bread I did not eat, and water I did not drink” [9:9].

But of course, as similar as the descriptions are, the differences are obvious. The B’nei Yisrael’s travel conditions in the Midbar were much lighter than Moshe’s living conditions at Har Sinai, as Moshe literally ate and drank nothing up there, while the B’nei Yisrael at least had Manna to eat, and they did drink water. They merely refrained from eating real bread, and drinking wine and other such intoxicants.

Another important difference between the scenes is in time span of two events. Moshe’s stay on Har Sinai was bunched into a forty day period while the B’nei Yisrael’s travels in the desert were stretched out to span forty years.

What does one make of the similarities and differences between these two descriptions?

So, if we could formulate it simply, we might say that the B’nei Yisrael endured a lighter version of Moshe’s Sinai experience, which was stretched out over a longer period of time. While Moshe was denied even the most minimal of material needs but for only forty days, the B’nei Yisrael, in comparison, were denied what we might call luxuries, but over forty years. Moshe’s process was more intense, but shorter. Israel’s experience was less intense but longer.  What’s the basis for these differences?

Before we address that question, let’s consider a different question, namely, what the purpose behind each of these experiences was. Why did Moshe have to refrain from food and water at Har Sinai? What was the reason why the B’nei Yisrael apparently had to refrain from bread and wine?

The answer to that question is that in both of these events, the ultimate goal was to experience Hashem’s Presence and attain an understanding of His Will. Moshe engaged in this “trial” and received the Torah, the code of G-d’s Will. The B’nei Yisrael had undergone a similar test which Moshe himself explains was, “…L’ma’an Teid’u Ki Ani Hashem Elokeichem”-“…in order that you should know that I am Hashem your G-d”—to gain a familiarity with G-d. Thus, both of these events, Moshe’s Sinai experience and Israel’s Midbar experience, served as prerequisites for knowing and experiencing Hashem. But, how does it work? How did these measures allow them each to experience Hashem? The idea is that by abstaining from physical indulgence and by opening themselves to spiritual intake, they were able to grow in spirituality and become closer to Hashem.

With this understanding, we can perhaps understand why Moshe was reminding the B’nei Yisrael of their travel conditions right now. We pointed out earlier that Moshe was entering the B’nei Yisrael into a covenant with Hashem, a new covenant apparently, as the Torah indicates, “besides for the covenant that He cut with them at Choreiv.” Thus, just as Moshe at Choreiv—at Har Sinai—needed to abstain, when forging a covenant with Hashem, now, he is telling the B’nei Yisrael, at this later date, that they too required their lighter state of abstinence over their forty-year journey, to experience Hashem and enter His covenant. It’s their turn, so to speak. This abstinence and openness to spirituality is the key to Divine experience.

But, what do we make of the apparent differences between Moshe’s experience and the B’nei Yisrael’s experience?

With these differences, we can understand, perhaps, the deeper advice Moshe was giving the B’nei Yisrael, and that is, that while, yes, a certain degree of abstinence is necessary for us to accomplish what we must in our spiritual endeavors, we are not required to become monks to experience Hashem’s Presence or to excel spiritually in our lives.

We might understand the difference between Moshe and the B’nei Yisrael with the following analogy, L’Havdil: A bodybuilder who wants to sculpt his physique in a short matter of time will necessarily require an unusually intense workout regimen if he’s doing it right. The quicker he wants results, the more grueling his workout will be. However, for most simple people, the goal is not to become unusually muscular over a five week program. Perhaps they do not care that much to become particular muscular at all. But they all would like to be physically healthy, thus a certain degree of exercising is in order.

The intense routine of the bodybuilder is not only a break from the norm in the physical world, but the concept, even in the spiritual world, is not advisable. It is not our job to constantly engage in intense forty-day “workout” regimens. Our goal is not to become spiritual “bodybuilders.” We’re not aiming to accomplish everything in a single week or even a single month, or even a year. Moshe Rabbeinu understood that Hashem had him working at a much faster pace, and that it was only an intensified, sped-up model of what the B’nei Yisrael needed. We are not Moshe Rabbeinu, and that means that we are not commanded to become monks or prophets, or angels, certainly not in a day. We’re allowed to engage in the material world—in fact we have to in order to survive. That is why we do not need to fast every day for months at a time. However, like most people in the physical realm, we do need to make sure that we are making time to exercise in the spiritual realm. We should not overindulge in the luxuries of the world. We do need a spiritual workout that will help us familiarize ourselves with Hashem and His Torah. That is because no matter who we are, we do need to be spiritually healthy. Over the span forty years of respectable spiritual exercise and genuine effort, we will accomplish what we need to.

With that said, there are circumstances, such as Moshe’s, where we have less time to work with, when we must therefore capitalize on the spiritual opportunity with a more intense regimen. A Nazir, for example, has, at minimum, a thirty-day “workout” program to sculpt his soul through his intense period of abstinence. Similarly, every year, between Rosh Chodesh Elul and Yom Kippur, like Moshe, we have exactly forty days to reacquaint ourselves with Hashem in what might be a spiritually grueling workout. And at these particular junctures, we shoot for the heavens, reaching the level of Moshe on Har Sinai and Hashem’s ministering angels when we too can declare that “Lechem Lo Achalti U’Mayim Lo Shasisi.”

But, of course, we do not experience the Days of Awe every day of the year, and we are not meant to. The objective for us should be to reach the same goal, or at least move in that direction, with a reasonable regimen that spans over a reasonable period of time. With the right program, and with genuine effort, working step by step, we can grow in our spirituality at a fair pace. But, whatever we do, we cannot stop exercising. We do not need to be Moshe Rabbeinu, but we must go in his direction and devote our lives becoming Ovdei Hashem (servants of Hashem). We do not need to be bodybuilders, but we must keep ourselves spiritually healthy.

May we all be Zocheh to Geulah to always be headed in the right spiritual direction, properly measure our dosages of material intake, maintain our spiritual workout regimens, strive to be physically and spiritually healthy, and Hashem should grant us complete physical and spiritual health with the coming of Moshiach, Bimheirah Biyomeinu! Have a Great Shabbos!
-Josh, Yehoshua Shmuel Eisenberg 🙂