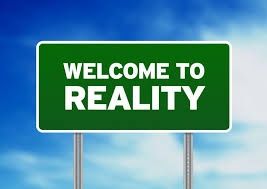 This D’var Torah is in Z’chus L’Ilui Nishmas my sister Kayla Rus Bas Bunim Tuvia A”H & my grandfather Dovid Tzvi Ben Yosef Yochanan A”H & in Z’chus L’Refuah Shileimah for:
-My father Bunim Tuvia Ben Channa Freidel
-My grandmother Channah Freidel Bas Sarah
-My great aunt Rivkah Bas Etta
-Miriam Liba Bas Devora
-Aviva Malka Bas Leah
-And all of the Cholei Yisrael
-It should also be a Z’chus for an Aliyah of the holy Neshamah of Dovid Avraham Ben Chiya Kehas—R’ Dovid Winiarz ZT”L as well as the Neshamos of those whose lives were taken in terror attacks (Hashem Yikom Damam), and a Z’chus for success for Tzaha”l as well as the rest of Am Yisrael, in Eretz Yisrael and in the Galus.

Among the many laws and rituals Moshe Rabbeinu teaches in Parshas Ki Seitzei, there seem to be some that are shockingly unideal and rather distasteful.

The Sidrah begins with the law of the Eishes Yefas To’ar, literally, the woman of beautiful appearance. As per this law, Hashem actually allows Israelite soldiers at war who desire “beautiful” gentile women from among the captives to go ahead and marry them, provided that they follow the procedure prescribed in the opening verses of this Sidrah (i.e., she shaves her head bald, lets her nails grow, strips herself from her garments of captivity, and mourns concerning her parents) [Devarim 21:10-14]. As astonishing as it is that the Torah would authorize such a marriage, Rashi, following the Gemara in Kiddushin [21B], explains that the “Torah is only speaking in correspondence to the Yetzer Hara (Evil Inclination),” meaning, that if G-d does not allow the marriage, the soldier will embrace his temptation and marry her regardless “B’Issur” (in a prohibited fashion).

Given the above, one can’t deny that it seems strange that in the heightened realm of Torah law—where we have goals and aspirations of perfecting our souls and reaching Hashem’s Kisei HaKavod (Throne of Glory)—there is a law authorizing this disturbingly impulsive, self-serving, and  superficial relationship.

But not only is this law of Yefas To’ar not spiritually appealing, but is apparently a recipe for disaster. Right after the passage of Yefas To’ar the Torah describes yet another unideal situation, the law of the man with two wives, the Ahuvah, the beloved wife, and the Senu’ah, the hated wife [21:15-17]. Now, even given the fact that the people were living in an age where polygamy was acceptable, it is quite appalling that one would have a wife that he plainly hates, at least enough for the Torah to call this woman hated. How might this sad marriage have happened? So, the aforementioned Rashi, following the Sifrei [214], states that if one would ultimately marry the Yefas To’ar, he could come to hate her, at which point, such laws of the “loved wife” versus the “hated wife” suddenly become relevant. At such a point, the Torah has to warn that if this man’s firstborn is from the “hated” wife, he must recognize that son as firstborn and ascribe to him he rights entitled to firstborn regardless.

Given that the above is the law in such a situation, how could the Torah allow such a situation to unfold in the first place, assuming the Torah has any control in the matter? Had the Torah not apparently given such leeway for one’s romantic fantasies, this messy marriage would not have happened. We’re afraid that the soldier will sin with the woman at war? Tough. It’s not like we lift prohibitions against eating non-Kosher or working on Shabbos out of our fear that one will violate them anyway. Yet, the Torah seems to allow this quite unideal and displeasing circumstance to play itself out.

And it gets worse. The same Midrash, which Rashi quotes, points out that if one has a beloved wife and a hated wife, he is bound to bear a Ben Soreir U’Moreh, a wayward and rebellious son whom the Torah describes in the passage that immediately follows that of the law of the two wives. This Ben Soreir U’Moreh is a hopelessly gluttonous and defiant individual who is sentenced to stoning in court [21:18-21], and the Midrash plainly says that he could be the culmination of this apparently broken family.

With all of the above in mind, the Torah is basically saying, “You may satisfy your desires, if you must, and marry this woman you captured in war…but you might just end up with a hated wife…who might just give birth to son who will grow disturbed and rebellious and have to be killed in court… But, go ahead.” So, how could this be? Even if the progression described in the Midrash is not necessarily literal or probable, no one would call this a truly desirable or spiritual pleasing situation.

If one looks at Ki Seitzei from a sort of sky view, one might note that throughout many of the laws in Ki Seitzei, there seems to be this running theme of ill-fated, unideal situations. The Torah proceeds to describe the rules of hanging the body of the man who was executed in court [21:22-23], later, the laws of administering lashes for the individual who transgressed lighter commandments [25:1-3]. The Sidrah describes Motzi Sheim Ra which discusses yet another man who “hates” his wife after one night of marriage and tries to slander her in court [22:13-19]. These laws are followed by the description of what would be, had this woman actually been unfaithful during her period of Halachic betrothal, how she’s stoned in court [22:20-22]. These laws segue into the laws relating to adultery, seduction and/or rape of a betrothed maiden [22:23-29]. The Sidrah also features the laws of prostitution and the status of the money that was transferred as a harlot’s wages [23:18-19], the displeasing situation of divorce [24:1-4], and the parallel situation of Chalitzah [25:5-10], a ritual that one undergoes if his married brother died childless and he refuses to consummate Yibum (levirate) marriage with the widow to perpetuate his brother’s name.

Even the beginning of the Sidrah which discusses going out to war, particularly a Milchamas Reshus or an “optional war” which did not absolutely have to happen—not the most ideal situation—the Torah comes to tell us that, in reality, it happens, and that there is an appropriate way to deal with that situation should it occur.

In this vein, the Torah is not merely a book about lofty ideals and a perfect world. Ratzon Hashem (Will of Hashem) is not merely a concern for flawless individuals situated in the “best case scenario.” On the contrary, the Torah realizes that not all negative situations are completely avoidable. Sometimes, one’s temptations, the Torah admits, can get the best of someone, and even there—when perhaps the normal human can’t control them—there is still appropriate measures to be exacted. The Torah tells us that Yefas To’ar can happen and that in this unideal and problematic situation, one might have to give in to temptation. Yet, even if the reality of Yefas To’ar happens, one has to be aware of the laws to know how to act in such a situation. Moreover, one has to know the laws and be ready for the situation of a “hated” wife, and similarly, take precautions to properly guide all of his children on the correct path according to their needs so that he can avoid Ben Soreir U’Moreh.

The Torah is telling us [21:10], “Ki Seitzei LaMilchamah Al Oyivecha”-“when you go out to war against your enemy,” that when we go out into the world against the unfortunate, but real life situations, sometimes, we will win the battles, and sometimes, we will fall short. We will sometimes be able to avoid the unpleasant scenarios, and sometimes, we won’t. Regardless, there is right and wrong way to deal with all situations, ideal and unideal. And if the situation worsens—even in the darkest of places, there is still Ratzon Hashem, an appropriate way to respond to that situation. The Torah, our manual to life, is designed to give us counsel for each of these situations, reminding us that it is never too late to do what is appropriate and fulfill Ratzon Hashem.

May we all be Zocheh to be prepared for the challenging situations in life, know how to properly fulfill Ratzon Hashem in each case, and Hashem should allow us to be successful in all situations and soon enter us all into a perfect and ideal world of only manifestly pleasant and enjoyable situations with the coming of the Geulah in the times of Moshiach, Bimheirah Biyomeinu! Have a Great Shabbos!
-Josh, Yehoshua Shmuel Eisenberg 🙂