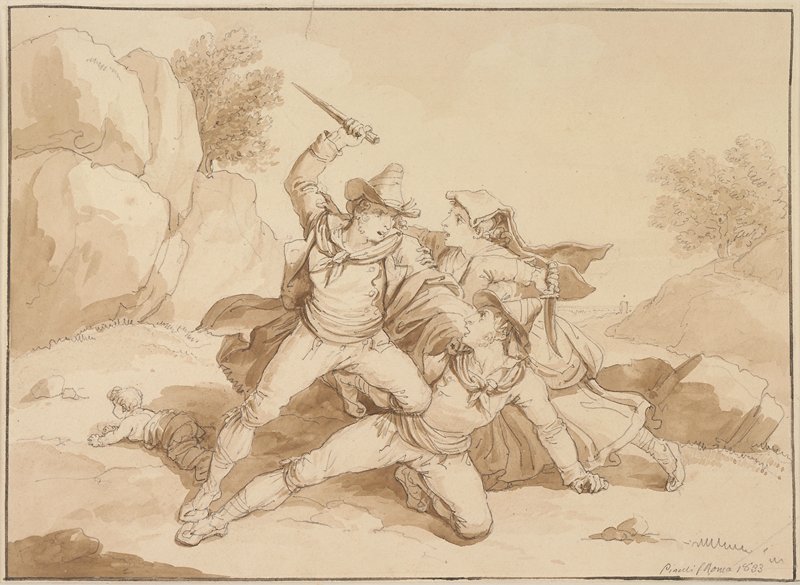 One spiritually sensitive law topic, among the many addressed in Parshas Ki Seitzei, would be that of Yibum, the levirate marriage [25:5-10]. With this law, the Torah teaches that should a married man pass away before he could bear any children, G-d forbid, then his brother, the Yavam, is theoretically supposed to consummate Yibum, a levirate marriage with his currently widowed sister-in-law, the Yevamah, to bear children in his place. Thus, the apparent goal of Yibum is to perpetuate the spiritual legacy of the deceased as he can no longer do so by any natural means.

Although Yibum is certainly the ideal option in this circumstance, as not to force an undesired marriage, the Torah provided an alternative response to the situation should the Yavam refuse to perform Yibum for any reason. In such a case, the elders of the city arrange a ritual known as Chalitzah, literally “removal,” in which the Yevamah removes a shoe of the Yavam and spits before him, essentially shaming him for refusing to “build the house of his brother” and thereby keep his brother’s spirit alive. The Torah states that such a man shall be called, “Beis Chalutz Na’al”-“House of the Removed Shoe” (which is perhaps symbolic of his shirking and removal of the burden of his brother’s spiritual mission).

On its own, this set of laws gives us insight into the importance of spiritual legacies and teaches us to be considerate for our brothers in their afterlives just as well as we should during their lifetimes. This responsibility is plainly demonstrated by the crucial role of the Yavam, as it is highlighted in our passage. The spiritual life of his brother appears to be primarily in his hands, of all people.

However, if one looks at very closely at the passage immediately following the laws of Yibum and Chalitzah, one might consider the possibility that maybe, there is someone else whose role is equally if not more important for the preservation of the deceased man’s spiritual legacy than the man’s brother.

In that small subsequent passage, the Torah discusses the seemingly unrelated law surrounding the case of two men who are scuffling whereupon one of the individual’s wives interferes on her husband’s behalf in a quite unseemly way [25:11-12]. To be as blunt as the Torah is, the verse states that should she grab her husband’s opponent by his private parts, her hand should be “cut off.”

Now, what exactly that penalty means and whether it is to be taken literally or not is up to major debate among the commentators, though the dispute really finds its roots in the Sifrei [293]. According to one view, the verse is meant literally and the Torah’s ruling was intended for the protection of the man’s life [this view is echoed, for example, by the Sefer HaChinuch, Mitzvah #600]; when this woman, or anyone, intends to unnecessarily endanger another person’s life, we are to stop them by all means, even if it means cutting off the pursuer’s hand (and the Midrash expounds further that even if it means taking the pursuer’s life, we must do so).

The other, more well-known interpretation found in the Midrash, as quoted by Rashi, is that our verse was meant figuratively and only referring to a monetary sentence, that she must pay for the unnecessary embarrassment which she intentionally caused this man (and this position is supported through a textual derivation).

Either way, what does any of this have to do with our earlier topic of Yibum and Chalitzah?

If one views the two passages side by side, one might notice many variables which they share in common. The Yibum passage prefaces with [25:5], “Ki Yeishvu Achim Yachdav…”-“When brothers are living together…” while the fighting passage begins with the parallel phrase [25:11], “Ki Yinatzu Anashim Yachdav…”-“When men are quarreling [scuffling] together…” and then emphasizes that the two men are “Ish V’Achiv”-“a man and his brother.” Moreover, in both passages, the wife of one of these individuals comes to the aid of her husband for the sake of saving his life, of course, in the Yibum passage, his spiritual life, and in the fighting passage, his physical life. Additionally, as strange a parallel as it is, while Yibum primarily entails a conjugal relationship between the woman and her brother-in-law, the brawling scene also features an interaction between the woman and the private area of the other man. And if we consider the latter reading of the Midrash, another parallel that the two passages share is that in both scenes, when the man in opposition threatens the “life” of his “brother,” he ends up being shamed by the wife of the victim, either through Chalitzah or through her physical attack.

What’s also interesting that the word which the Torah uses to describe the area which the woman targeted in the fighting scene, “B’Mevushav” [בִּמְבֻשָׁיו], literally, “in his embarrassing parts,” shares all the same letters which make up two key words in the Yibum scene; firstly, the word “Yibum” [יִבּוּם], levirate marriage, and secondly, the word “Shemo,” [שְׁמוֹ] “his name,” meaning the name of deceased which his brother refused to perpetuate.

Considering all of the above, it seems that the two passages together highlight the role of the wife who is coming to his rescue.

As far as the parallels in our passages go, we’re not the first ones to make any reference to them, as a handful of the commentators apparently noticed at least some of these parallels. Particularly, the Ibn Ezra [to 25:11] calls out the parallel, pointing out that the two cases are opposites of one another, as the Yibum case involves brothers living together, while the fight might’ve even been between two strangers. The Ba’al HaTurim [Ibid.] as well, connects the two passages saying that Yibum and Chalitzah cases can potentially lead to fights as demonstrated by the sequence of passages [based on Kesuvos 50A].

But as we consider the apparent parallels between the two passages, we cannot ignore the even more glaring differences between the two. Yes, both involve some “wonder wife” intervening to her husband’s rescue; however the two cases, as Ibn Ezra referenced, are almost polar opposites. For example, as we’ve already pointed out, the Yibum case involves a woman’s mission to save her already deceased husband’s spiritual life, while the fight scene involves a woman’s mission to save her husband’s physical life.

Beyond the actual goal of the two respective wives, there is a major difference in their approaches and conduct. Consider how the Yevamah attempts have a peaceful and intimate union with the Yavam, and how when she is refused, she approaches the elders of the city with her plaint, using only her words, while the woman in the fight scene takes matters into her own hands, both literally and figuratively, as she violently grabs the man, “V’Shalchah Yadah V’Hechezikah…”-“And she sends forth her hand and grabs…” The Yevamah too shames her husband’s “opponent,” however she does so in the forum of a relatively peaceful ritual which was both authorized by the Torah and administered by the court. Indeed, the Torah prescribes this Chalitzah process to denounce the brother-in-law for his aloofness regarding his late, helpless brother. However, in the fight scene, as the two men are illicitly fighting amongst themselves, Chazzal understand that the wife entered the mix and unnecessarily shamed him, as she did not need to fend the man off in this way [Bava Kama 28A]. In fact, the same Gemara points out that if the husband had been truly in danger and that grabbing him where she did would have been the only possible way she could’ve saved him, she would have been exempt. Apparently, that was not the case here. In our case, as we’ve explained, she took matters into her own hands and acted inappropriately. So, whether she unnecessarily endangered the man or brazenly shamed him, the point is that she had gone too far.

In this vein, the Sforno as well [to 25:11] draws the parallel between our texts and explains that the Torah placed these two passages back to back to demonstrate the limits which this woman has when it comes to embarrassing others for her husband’s sake. Yes, when the Yavam ignores his late brother, she is authorized to shame him, but when one’s husband is merely involved in a physical scuffle, she may, by no means, act with such brazenness.

Of course, the more extreme these cases are, the more difficult it becomes to determine the appropriate course of action in more moderate cases. It appears from our texts that in very specific cases, it can be appropriate to shame someone, as in the case of Chalitzah, and that, perhaps sometimes, certain degrees of violence are warranted, for example, to save a person from physical harm. However, we need to know when we’re letting our emotions get the best of us before we take matters too far. Indeed, in many cases, for example, a messy brawl, it becomes very difficult to tell what’s “too far.”

In the case of the Yevamah, the Torah explains the best possible way to deal with the insult to the deceased. When the spiritual legacy is at stake, there is an appropriate way to “peacefully protest” and chastise the offender. But, when it comes to physical fighting, almost no good can come out, because when violence has become the accepted mode of communication, it is easy to mistake the boundaries and think that there are “no holds barred.” The Torah warns us against falling into that trap. We do not attempt to shame people or endanger lives unnecessarily, even when we’re dealing with violence, and even if we’re emotionally invested in the cause we’re fighting for.

In the end, the case of Yibum teaches us that there are legitimately important causes out there which we must stand up for. The partner law of Chalitzah reminds us that sometimes, we will be unable to change the reality before us, and that there’s yet a peaceful but firm way to respond to the injustices we behold. The counter case of the wife that has gone too far teaches us that if we decide to get too passionate and uncontrollably violent to the point of brazenly shaming a person, as the Torah warns, we will be only bringing upon ourselves a violent and brazen response back. The “wife-style choice” is ours. Let’s choose wisely.

May we all be Zocheh to measure our actions carefully, respond appropriately to every given situation while we intervene for the noble causes we believe, and Hashem should ultimately intervene for our physical and spiritual welfare by bringing us the Geulah in the days of Moshiach, Bimheirah Biyomeinu! Have a Great Shabbos!
-Josh, Yehoshua Shmuel Eisenberg 🙂