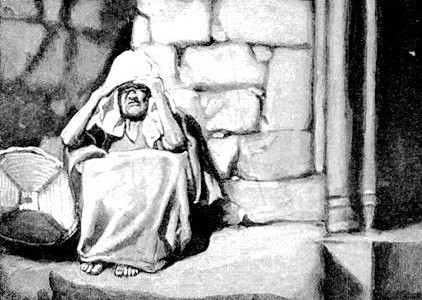 This D’var Torah is in Z’chus L’Ilui Nishmas my sister Kayla Rus Bas Bunim Tuvia A”H, my grandfather Dovid Tzvi Ben Yosef Yochanan A”H,  & my great aunt Rivkah Sorah Bas Zev Yehuda HaKohein in Z’chus L’Refuah Shileimah for:
-My father Bunim Tuvia Ben Channa Freidel
-My grandmothers Channah Freidel Bas Sarah, and Shulamis Bas Etta
-Miriam Liba Bas Devora
-Yechiel Baruch HaLevi Ben Liba Gittel
-Aharon Ben Fruma
-And all of the Cholei Yisrael
-It should also be a Z’chus for an Aliyah of the holy Neshamah of Dovid Avraham Ben Chiya Kehas—R’ Dovid Winiarz ZT”L as well as the Neshamos of those whose lives were taken in terror attacks (Hashem Yikom Damam), and a Z’chus for success for Tzaha”l as well as the rest of Am Yisrael, in Eretz Yisrael and in the Galus.

Parshiyos Tazria and Metzora continue the Torah’s discussion of ritual purity and impurity, primarily focusing on the laws of Tzara’as, which we’re taught, is a spiritual disease that manifests itself as a white rash, apparently resulting from sin (the sin most infamously associated with Tzara’as being Lashon Hara, slander, among other societal sins).

When talking about the individual who is afflicted with Tzara’as, we most commonly refer to him as the Metzora. Certainly, this is the term that is most commonly found in the language of Chazzal, however, if one looks throughout the passages in the Torah which relate to Tzara’as, the term Metzora is hardly used, and actually does not even appear at all until Parshas Metzora, more than halfway into the conversation of Tzara’as. In fact, more often in the text of these Parshiyos, the individual afflicted with Tzara’as is referred to by a different title, “Ish Tzaru’a,” literally, a “man of Tzara’as,” which is later abbreviated to just “Tzaru’a.” The question is why there are different ways to refer to the person who has Tzara’as, and what really the difference is between these different labels, Metzora and Tzaru’a. Moreover, why are each of these terms used when they are?
As it appears, the first context in which the Torah refers the Tzara’as afflicted individual by any name is when it discusses the case in which the individual develops Tzara’as “B’Korachto O B’Gabachto”-“in his posterior baldness or in his frontal baldness” on his head [13:43]. There, the Torah writes “Ish Tzaru’a Hu…”-“He is a man [person] of Tzara’as…” [13:44]. And then, in the following verse, the Torah writes [13:45], “V’HaTzaru’a Asheir Bo HaNega…”-“And [concerning] the Tzaru’a [person with Tzara’as] in whom there is an affliction…”

With this information granted, it seems that the term “Tzaru’a” itself is really an adjective describing one who has Tzara’as, hence, “Ish Tzaru’a” means that he is a man or a person who is Tzara’as afflicted. However, as is very evident from the Torah’s vernacular, the adjective “Tzaru’a” becomes a noun when the Torah uses it as an abbreviation for “Ish Tzaru’a.” In other words, “Tzaru’a,” originally the description of the individual, becomes the short-term label for the individual himself.

With the above in mind, “Tzaru’a” is purely a diagnostic term with which we use to identify the person. Nowadays, at least outside the medical or diagnostic realm, this kind of label would not be considered “politically correct” or sensitive, because the label focuses on a mere external feature of the individual and not the individual himself. As such, using the term “Ish Tzaru’a” would be like calling a person who is overweight “fat man” or an individual with autism “autistic man.” Thus, in a similar and even “less sensitive” vein, referring to a person as a “Tzaru’a” is like referring to someone who is overweight as “fatty” or “fat one,” or like referring to someone who has autism as “autistic one.” Such a title is only skin deep (no pun intended).

Again, from a purely factual and diagnostical standpoint, the description is not by any means false and it not intrinsically insulting. The issue in the modern world, if any at all, arises when people start to incorrectly think of the description as the essence of the person, because that description does not necessarily capture the purest essence of the person. Perhaps the person happens to be fat, but his essence and personality are not necessarily fat. The person has autism, but he himself is not autism. Similarly, one might say that while yes, diagnostically, the person has Tzara’as, but that does not mean he himself is Tzara’as.

So, coming back to the question as to why the Torah uses the term “Tzaru’a” where it does, based on what we’ve explained, it seems that as far as Parshas Tazria goes, the Torah is, in fact, describing the individual from a diagnostic standpoint, using the textbook spiritual-medical terms.

But then, we come to Parshas Metzora where we see the word “Metzora,” for the first time. Unlike “Tzaru’a” which was adjective that became a noun, “Metzora” is an intrinsic noun, used to refer to the individual who has Tzara’as. More particularly, the term “Metzora” is a noun which falls into a unique category of nouns which can be understood based on the linguistic insight of the Malbim who points out that many nouns which begin with the letter Mem [מ] are nouns which refer to “the place of” something or the source of something. For example, “Menorah” comes from the word “Neir,” lamp, but it does not mean a lamp, rather, a candelabrum which is the place of the Neiros. Similarly, “Ma’or” comes from “Or,” light, however “Ma’or” actually means “luminary,” the source of the light, or the thing that illuminates light. In the same way, “Menuchah” and “Mano’ach” (coming from “Noach”) refer to the place of rest or contentment, not merely rest itself.

Thus, our word “Metzora” does not merely mean Tzara’as, but rather the place of, the container or the source of the emanation of the Tzara’as. In other words, when it comes to the word “Metzora,” we are focusing, less on the label of the Tzara’as diagnosis, and more on the person upon whom the Tzara’as is manifest. We are not labeling an external condition, but in fact, we are acknowledging the source of the matter, the person. So, why is there this change in label? Was it just for the sake of political correctness and sensitivity?

If Parshas Tazria was about simple diagnosis, Parshas Metzora is about treatment. Thus, Metzora begins by telling us about purification process of the Tzara’as afflicted individual. It could be that for this reason, it is not enough to look at the label of the symptom, but at the source of the problem. We have look at the person.

In this way, the word “Metzora” is actually quite telling, because although “Tzaru’a” was merely a label of an external, diagnostic reality, not so much the person, the word “Metzora” tells us that in fact, there is an essential source to the Tzara’as in this individual’s personality. “Metzora” means that, not only is the individual an “Ish Tzaru’a,” a person whose body happens externally manifest Tzara’as, but that he, in his essence, is the source of the Tzara’as, that the Tzara’as is the result of something spiritually wrong in his personality. In this way, the individual’s personality is a Tzara’as personality which needs to be addressed in order to treat the disease.

When talking about the person who is overweight or the person who has autism, we suggested that calling him “fat man” or “autistic man” does not necessarily capture the essence of the person, and it could be that, in fact, it doesn’t. And in truth, many individuals who suffer from obesity or any disability do so, not because of their personality, but because of a genetic disposition or some other cause that is completely beyond their control. However, that is not true for all cases of obesity, just for example. Some people are actually fat because they act fat, or that they have a fat personality. If a person consistently chooses to be a lazy glutton and becomes overweight as a result, he might not merely manifest obesity, but he might actually be a “fat man,” having a fat personality. For such an individual who can choose to or not to be fat, although it sounds mean and insensitive, such a label might actually be technically accurate and appropriate.

We don’t always know the source for the external or medical realities that manifest in a person’s life, and we certainly have to be sensitive to people’s feelings and even look for the deeper personality and essence behind the externals, to see the person and not merely the shallow descriptions of the person. However, when it comes to Tzara’as, specifically the conversation of the Metzora, the Torah clues us in what the source of the problem is, and that is the person himself. His bad Middos (attributes, character traits) which led him to turn away from the Torah and sin against fellowman was the cause, and in his case, as well as many others who have the privilege of choosing their path, he has dig deep into his personality, the true source of the matter, in order to fix the problem.

May we all be Zocheh to of course be sensitive to others, but even more, to look into ourselves to purify ourselves from any bad Middos in our personalities and have Hashem’s assistance in that purification process so that Hashem will rest in our midst again in the days of Moshiach, Bimheirah Biyomeinu! Have a Great Shabbos! (Don’t forget to count Sefiras HaOmer.)
-Josh, Yehoshua Shmuel Eisenberg 🙂