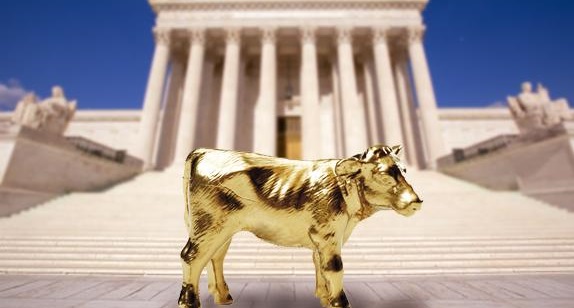 Sefer Shemos closes with the completion of the Mishkan, the Tabernacle or “dwelling” for Hashem’s Presence among the B’nei Yisrael.

One of the frequently asked questions surrounding Parshiyos Vayak’heil and Pekudei is: Why, the repetition? The Torah spent all of Parshiyos Terumah, Tetzaveh, and a chunk of Parshas Ki Sisa describing the details of the Mishkan, so why now, must the Torah devote two full Sidros to repeat all of the same exact details—from the gold to the silver, the hooks to the loops, the pegs to the sockets, the wooden planks to the curtains, and so forth?

One important difference between the two sections of Mishkan discussions is that in the earlier one, the Torah was merely giving the command to build the Mishkan, while here, in the later section, the Torah is describing the actual construction. However, does that explain why the Torah should repeat all of the details again? Wouldn’t it suffice for the Torah to just, “And the B’nei Yisrael did as they were commanded,” after the Mishkan-command was issued? Do we have any reason to assume that even one of the details which G-d included in the original Mishkan-command would not have been carried out in the actual construction, so that the Torah needed to record the same formula for the Mishkan again?
Another one of those famous Mishkan questions is why the Torah must always mention Shabbos in conjunction with the Mishkan. It is certainly no coincidence, for whenever the Torah discusses the Mishkan, a reminder of Shabbos is somewhere close by, whether right before, as in this Sidrah, or afterwards.

Of course, the Mechilta, as Rashi cites in our Sidrah [Shemos 35:2], famously points out that the Mishkan and Shabbos are juxtaposed to indicate that the construction of the Mishkan does not override Shabbos, and as such, the building of the Mishkan is forbidden on Shabbos. Moreover, even earlier in Ki Sisa [31:11-13], the first time this “juxtaposition” occurred, Chazzal concluded that the entire definition of “Melachah,” “work” in terms of what’s prohibited on Shabbos, is derived directly from the different activities included in the construction of the Mishkan.

But, at first glance, these laws and derivations can only be arrived upon after the fact. They tell us what the law is based on the juxtaposition, but not why Shabbos and the Mishkan belong together. Yes, the juxtaposition tells us that they are related, but why? Why is Shabbos so integral to our understanding of the Mishkan? Why is the Mishkan the model for what is prohibited on Shabbos?

Returning to the first question, we were wondering why the details of the Mishkan had to be repeated, and why the Torah couldn’t just say, “And so, they constructed the Mishkan as commanded” immediately after they were commanded it. As far as the second half of the question goes, why the Torah didn’t just say that the people did what they were told, it could be that the Torah specifically didn’t do that because it needed to interrupt the Mishkan program to discuss something else.

In fact, before the Torah arrived at the construction of the Mishkan, it first acknowledged the big elephant in the room, or better yet, the Golden Calf in the room. Smack in between the two segments of the Mishkan discussion—the Terumah-Tetzaveh segment and the Vayak’heil-Pekudei segment—we have the disturbing scene of the Cheit HaEigel (Sin of the [worshipping] of the Golden Calf). Why does the Torah place that story here? How is the Eigel relevant in the discussion of the Mishkan altogether?

While some might suggest that the contrast is obvious, when one thinks for a second about the goal of the two projects, they were quite similar. Both projects involved enthusiastic, personal donations of gold and riches for the sake of contributing them towards the construction of a new avenue towards spiritual experience. Since most people do not just wake up and decide to become criminals, we should assume that the B’nei Yisrael at the scene of the Eigel were no different, and we should be able give our people the benefit of the doubt. The problem of the Eigel was not that they wanted to sin.  We can suppose that they wanted to serve G-d. But, as noble as the intentions were, the problem was that their format of choice was explicitly against G-d’s command not to create graven images. Since the Eigel was not in accordance with Ratzon Hashem, it was necessarily a form of Avodah Zarah (foreign worship, idolatry).

So, if that was the Eigel, then what was the Mishkan? On the contrary, what made the Mishkan an Avodah (service) of Kedushah (holiness) was that it was that the spiritual enthusiasm was channeled completely in accordance with Ratzon Hashem (Will of G-d)! Thus, the Mishkan represents relating with Hashem in the way that He wants us to, not how we instinctively feel we should relate to Him. The Mishkan is a way in which we warmly invite G-d’s Presence into our lives, not a way to summon G-d to our whim when we’ve decided we want His help with something. The Mishkan conveys that we act and exist in this world to serve G-d, and not that the world exists to serve us.

The greatest testament to the Mishkan project’s intrinsic Kedushah is the Shabbos factor. We asked before what fundamental relevance Shabbos has to the discussion of the Mishkan, but if we consider this fundamental difference between the Mishkan and the Eigel, it should be easily understood. The Mishkan is a project, a noble one for sure, that requires us to be involved, to be enthusiastic, and to give up of ourselves. But all of these factors played a role in the Eigel project as well! So, what demonstrates the purity of the Mishkan project? Shabbos. Because what is Shabbos? Shabbos is the limit or cap that G-d has placed on our work. Yes, G-d told us to build, but then, He told us to stop on Shabbos, during which time, the building is no longer holy, but a disgrace to G-d, punishable by death. The Mishkan is holy, but insofar as we do it the way G-d said so, and on Shabbos, He orders that we stop. So, in this way, Shabbos is the true litmus test that determines whether the work we engage in is based on our own whim or G-d’s. Because if we continue to build even the holiest structure on Shabbos when G-d has said to stop, we are demonstrating that we are only doing the work for our own sake. But, if we stop when G-d has said to stop, we will then have validated our toil. That’s what made the building of the Mishkan an act of pure Avodas Hashem. It’s not about the project itself, but about the Will of G-d infused within.

With this information, we can come full circle and return to the larger issue, why the Torah needed to repeat every last detail of the Mishkan process.

We argued that if G-d commanded the B’nei Yisrael to build the Mishkan according to a very specific, detailed procedure, there is no reason to assume that they would leave out any of the details. Thus, the details should not bear repeating. Because, is it really such a Chiddush (novelty) that the B’nei Yisrael built the Mishkan with all of the required details? Do we have any reason to assume otherwise? Well, once we consider the Cheit HaEigel, the answer is: Yes, we have reason to assume otherwise, because they had previously participated in a spiritual project which was in blatant violation of G-d’s Will, not even regarding a minor detail, but regarding a fundamental law which they ignored, albeit with spiritual intentions! They thought it made sense to serve G-d in a way slightly different from the way G-d preferred it, but they couldn’t have been more wrong.

So, once the B’nei Yisrael had finally come around and learned from their mistake, of course it was a big deal! The same enthusiasm and toil for spirituality, yet channeled to fit G-d’s Will according to the very last detail makes a big difference. Every detail repeated exactly as commanded demonstrates this turnaround, how the B’nei Yisrael, through the Mishkan, atoned for the Cheit HaEigel, by following Hashem’s complete instructions, performing everything in the right place, at the right time. Thus, the Torah tells us [39:43], “Vayar Moshe Es Kal HaMelachah V’Hinei Asu Osah Ka’asheir Tzivah Hashem Kein Asu Vayivareich Osam Moshe”-“And Moshe saw all of the work and behold, they had done it just as Hashem commanded, so they did, and [consequently] Moshe blessed them.” And of course, after witnessing the Cheit HaEigel and then seeing this complete Teshuvah (repentance), who would not want to bless the people?

May we all be Zocheh to channel our enthusiasm and toil, and ultimately serve Hashem according to His Will, performing the right services at the right place, and at the right time, and He should grant us the ability to build His Beis Mikdash according to every last detail with the coming of the Geulah in the days of Moshiach, Bimheirah Biyomeinu! Have a Great Shabbos HaChodesh!
-Josh, Yehoshua Shmuel Eisenberg 🙂