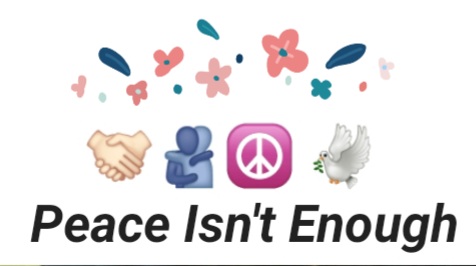 Before delivering the famous Bircas Yaakov to his children, Yaakov Avinu instructs his children to gather around [Bereishis 49:1]. Once he has them, he instructs them to gather again [Ibid. 49:2]. The obvious issue is the seeming redundancy and unnecessary repetition. (See what I did there?)

Why would Yaakov tell his children to gather twice?

The beginning of the answer is the different expressions he uses. The first instruction was “Hei’asfu,” “gather,” while the second one was “Hikavtzu,” also commonly translated as “gather.” The question which is tackled by many M’forshim is what the difference between the terms is, “Asifah” on the one hand and “Kibutz” on the other. A variety of answers are offered.

A Variety of Answers

R’ Shimshon Raphael Hirsch suggests that “Asifah” means to be gathered in from outside, foreign, or alien spheres (even as an individual), while “Kibutz” refers to the unification of disparate individuals.

Netziv explains that the term “Asifah” implies a physical gathering around, whereas “Kibutz” implies the essential gathering of common identity and purpose.

Malbim, Kli Yakar, and HaK’sav V’HaKabalah offer similar explanations to the effect that “Kibutz” implies gathering or assembling of scattered parts, while “Asifah” implies the unification of the parts into one sequestered spot after they have been assembled together in the open.

This final explanation is somewhat challenging as the order it suggests is that “Kibutz” logically precedes “Asifah,” when Yaakov clearly reverses the order. Normally, the scattered parts have to first come together from afar and, then, they can gather in a single spot and unite.

This seeming reverse of the natural order, Malbim explains, is the basis for the famous Midrash about the secret Yaakov wished to reveal that day but could not, the coming of the final Geulah in the “End of Days” [See Rashi to 49:1 citing Pesachim 56A and Bereishis Rabbah 98:2]. Yaakov wanted to reveal the “End of Days,” but Hashem’s Shechinah or Divine Presence was suddenly “removed” from him so that he no longer had the prophetic ability to do so.

Malbim elaborates that when Yaakov instructed them “Hei’asfu,” he was intimating that if they would become a unified “Asifah,” then even the nations of the world would prepare for our Geulah. But, when Yaakov Avinu looked at his sons, he foresaw Machlokes (dispute) that emerged from Sinas Chinam, or hatred to no productive end, they would be exiled and scattered. Thus, Yaakov instructed them “Hikavtzu,” that they would first need to gather around again as a single nation before they could be redeemed.

What is the point? What all of the approaches have in common is that they all understand that there are more than one kind of gathering, and that unity of common circumstance and position alone is not enough to secure Hashem’s Shechinah and bring about Geulah. Standing cordially in the same room or sitting around the same table or even a deathbed does not create the unity that is prepared for redemption. We learn this much from none other than Yosef and his brothers.

For the Sake of Peace

Indeed, Yosef and his brothers were, in a sense, unified by their common father and therefore motivated, after so many years, to maintain peace. In fact, Chazal indicate that the brothers even lied to Yosef to secure that peace, as they misattributed a command to their father, suggesting that he ordered Yosef to forgive them for the sin of Mechiras Yosef [See Rashi to 50:16 citing Yevamos 65B and Tanchuma, Toldos 1]. Perhaps, one can argue that the brothers rationalized that Yaakov’s general “call for unity” might have included such a message to Yosef: For the sake of peace, just forgive.

The problem is a twofold one. Part one might be called “Yosef” and part two might be called “the brothers.” Chazal indicate that the brothers only fabricated this instruction because Yosef ceased all efforts to bring his brothers close to him once Yaakov had passed on [See Rashi to 50:15 citing Targum Yonasan Ben Uziel and Tanchuma Buber, Shemos 2]. Perhaps, we can’t blame Yosef.

And yet, even if Yosef was no longer motivated to get any closer with his brothers, the brothers efforts did not help. Yes, they maintained peace. But, Yosef was already doing that as Yosef Tzaddik obviously had no intentions of exacting vengeance against his brothers. “Peace” wasn’t what was needed, and “peace” alone is not enough. At that moment, as per Yaakov’s actual instructions, they needed an earnest yearning toward “unity” and “togetherness” (I would carefully differentiate between earnest unity and the fake, fluffy unity that all politicians call for). This lofty goal is not the same, and in fact, is far more profound than mere peace. For the sake of peace, Yosef can be cordial and avoid seeking vengeance. For the sake of peace, the brothers could cordially feign an order from Yaakov that Yosef cordially forgive and forget. But, if they wanted true unity, perhaps they needed to make themselves a little bit more uncomfortable, to humble themselves, be honest. Yosef could have made his own efforts to bring his brothers closer. Perhaps, they could have asked Yosef for forgiveness on their own.

The next big story in the Torah is not one of redemption, but of the first major exile, She’ibud Mitzrayim. Bereishis concludes with a reference to the coffin of Yosef who was laid to rest in Mitzrayim. Was this settling for “peace” the nail in the coffin? Was the uncomfortable but necessary means for true unity the last ticket to immediate redemption?

Unfortunately, we don’t need to fixate on Yosef and the brothers any longer. But, we can make individual efforts to fix what is still broken. We do not need to settle for gestures of peace. We do need to yearn for true unity.

May we all to Zocheh to that. Yes, we should be Zocheh to Shalom Al Yisrael and, of course, Shalom B’Yisrael, but more importantly, the higher sense of Achdus which our Father yearns for us to have, and in THAT Zechus, the Shechinah should return to us and we should experience the full Geulah with the coming of Moshiach, Bimheirah BiYomeinu! Have a Great Shabbos!
-Yehoshua Shmuel Eisenberg