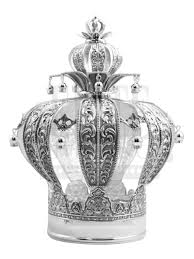 THIS D’VAR TORAH IS ONE OF MANY PESACH IDEAS THAT I’VE WRITTEN UP FOR MY PERSONAL HAGGADAH. IF YOU’RE INTERESTED IN HAVING A WORD-DOCUMENT COPY OF THE HAGGADAH, PLEASE LET ME KNOW. CHAG SAMEI’ACH!

“Crowns on Their Heads”

The main goal of the Pesach Seder is, as Chazzal formulate, “Liros Es Atzmo K’Ilu Hu Yatza MiMitzrayim”-“to see oneself as though he has left Egypt” [See Pesachim 10:5, 116B, & the Haggadah], for the Torah specifies [Shemos 13:8], “V’Higadeta L’vincha BaYom HaHu Leimor Ba’avur Zeh Asah Hashem Li B’Tzeisi MiMitzrayim”-“And you shall tell your son on that day saying: ‘Because of this which Hashem has done for me when He brought me forth from Egypt.’” But the annual challenge of every generation is how to reach this goal. It’s the most difficult Pesach obligation to fulfill, because by definition of the obligation itself, “to see oneself as if” assumes that, indeed, literally speaking, one is not experiencing redemption from Egypt. We, today, are not exactly in the same situation as that of our forefathers. For one thing, we don’t know what Egyptian slavery truly feels like. And yet, even if our own personal, modern day exiles would suffice for a conception of what longing for redemption truly entails, at the present moment, we don’t have the full and unmistakable redemption such as the one our forefathers experienced. We’re still in exile! We did not leave Egypt. So, what can it possibly take to imagine and see ourselves as though, if, in truth, we’re not?

Interestingly, the Rambam, in his formulation of what appears to be the same obligation, writes slightly differently that one is obligated, not “Liros Es Atzmo-“to see oneself” but “L’Haros Es Atzmo”-“to show oneself” as though he left Egypt [Rambam, Chameitz U’Matzah 7:6]. So, if the Chazzal’s version means to conceptualize for oneself, the Rambam’s version means to demonstrate or broadcast to others, that he has left Egypt. So, assuming that seeing for oneself and showing others are two different things, why would the Rambam seemingly go against Chazzal and misquote the obligation?

In a seemingly less pressing issue of Seder night, many Haggados feature a unique line that was inserted into the Birchas HaMazon or the Bentching (Grace after Meals). Exclusively on Seder night, we say “HaRachaman Hu Yanchileinu…Yom SheKulo Aruch Yom SheTzadikim Yoshvim V’Atroseihem B’Rosheihem V’Nehenin M’Ziv HaShechinah ViHi Chelkeinu Imahem”-“The Merciful One should allow us to inherit…a day that is everlasting, where the righteous sit and their crowns are on their heads, and they are deriving pleasure from the glow of the Divine Presence, and our portion should be with them!”

The imagery of this line as well as the prayer itself is beautiful and heartwarming, but where does it come from?

The earliest source of his line can be found in the Gemara in Brachos [17A] in Rav’s description of Olam HaBa, the World to Come. There, Rav states: “…The World to Come, there’s nothing in it—no eating, nor drinking…just the righteous sitting and their crowns on their heads, and they are deriving pleasure from the glow of the Divine Presence…” The Rambam, as well, paraphrasing the Gemara, cites this teaching in his description of Olam HaBa [Rambam, Teshuvah 8:2]. Thus, in our Bentching on Seder night, we express our yearning for such a time—life in the World to Come.

But, “why is this night different from all other nights?” In other words, why does this unique line make it into our Bentching on Seder night?

In order to answer all of the above questions, we should consider one final scenario in Chazzal where the imagery of individuals wearing crowns on their heads is portrayed. In this other instance, Chazzal also make explicit reference to the anticipation of redemption. This other context can be found in Rosh HaShannah [8B], and it deals with the laws of Yovel (Jubilee year), a year marked by the liberty of all slaves. There, the Gemara investigates the exact moment when the effects of the Yovel year take place, negotiating between Rosh HaShannah and Yom Kippur. The problem is that while the Torah seems to rule that the calendar year for Yovel starts on Rosh HaShannah, the Torah also seems to indicate that the “freedom” of Yovel only begins with the Shofar blast at the end of Yom Kippur, ten days later. Accordingly, R’ Yishmael, the son of R’ Yochanan Ben Beroka, suggests the following “compromise”: “From Rosh HaShannah until Yom HaKippurim, the servants were not excused to their homes, and they were not subjugated to their masters, rather, they would eat, and drink, and their crowns would be on their heads. When Yom HaKippurim would arrive, Beis Din (Jewish Court) would blast the Shofar and the servants would be excused to their houses, and the fields would return to their owners.”

Indeed, aside from the obvious textual parallel about the crowns on the heads, the idea of slaves sitting in wait for their redemption evokes the memory of the national Yetzias Mitzrayim (Exodus from Egypt)! Moreover, in explaining the meaning of the crowns, Rashi there states that if a slave wanted to, during those ten days, he could place a crown on his head, “L’Haros SheYatza Chofshi”-“to show that he had gone free,” an expression that almost completely parallels the Rambam’s formulation of the goal of the Seder, “to show oneself [to others] as though he had gone forth from Egypt”!

But, the kicker in all of this is that the slave awaiting the Shofar blast of redemption has not yet been completely freed! He is still in a quasi-state of exile! Indeed, he wears the crown on his head, but he still experiences elements of his servitude. He is not literally home free yet! But he wears the crown to demonstrate his freedom nonetheless. How can he do that? He does that because he knows with a full heart that his redemption is coming—whether it is ten days, a week, or a day away!

The slaves just before Yovel, in this vein, represent the perfect model for us at the Seder table, because just like the slaves in those ten days between Rosh HaShannah and Yom Kippur are wearing the exact same “crowns” that the Tzaddikim will be wearing in Olam HaBa, despite not actually being free at that moment, we too, are not only supposed to yearn for the redemption, but we are to wear the crowns of Olam HaBa while yet in this world, awaiting the final Geulah. Indeed, unlike Olam HaBa where there is no eating and drinking, Chazzal said that the slaves before Yovel, in fact, would eat and drink, because in fact, although they would be wearing the crowns, they were also still grounded in “this world.” We too remain in Galus as we sit at our Seder. But that should not be disheartening, because guess what? The very first Seder in history took place in Egypt itself, the house of bondage, during Makkas Bechoros (the Plague of the Firstborn) before the Exodus even happened, before the actual redemption could even unfold! At that moment, the families of the B’nei Yisrael gathered around with their Korban Pesach and simulated a freedom that was yet to come! They could do that because, indeed, they knew it was coming!

That explains the paradox that we question in the “Mah Nishtanah” (Four Questions, “Why is this [night] different…?”), that we eat the Matzah, poor man’s bread, and Maror, bitter herbs—symbolizing exile, yet we dip and recline—symbolizing redemption! It is because that is what the Seder is, the ultimate contradiction, demonstrating redemption while yet in exile.

And with that, we return to the original question: How can we truly see ourselves as though we went out of Egypt? As was said, the obligation itself, says it all: “To see oneself as though,” implies that one is not! How do we get there?

Perhaps it is due to this challenge that the Rambam suggests that one is obligated to “show” oneself as though he has left Egypt. Of course, one cannot fully see himself as being redeemed if he is not actually there. Therefore, he has to simulate the experience of redemption in order to stimulate the feeling of redemption! One has to put the crown of redemption on his head even when he is still in Galus!

But to just fake it until you make it is not enough. One has to be like the slave just before Yovel and develop the true, full-hearted faith that, in fact, whenever it may be, the redemption is coming, and therefore, the urge to wear the crown is not a merely a show, but a well-founded feeling of redemption!

In this way, when executed properly, the Seder can infuse us with such Emunah (belief) that can carry us through every day longer in exile! While we are not literally home free, indeed, we have to know that no matter how long it takes, redemption is coming! If we can achieve that realization, we will not only be able to go through the motions genuinely and demonstrate it to others, but we will thereby see it as a reality ourselves, and ultimately experience it!

May we be Zocheh to re-experience Yetzias Mitzrayim, and Hashem should carry us over the Sea of Galus on dry land, back home to Eretz Yisrael with the ultimate Geulah and the coming of Moshiach, Bimheirah Biyomeinu! Have a Great Shabbos and Pesach/Chag Samei’ach!
-Josh, Yehoshua Shmuel Eisenberg 🙂