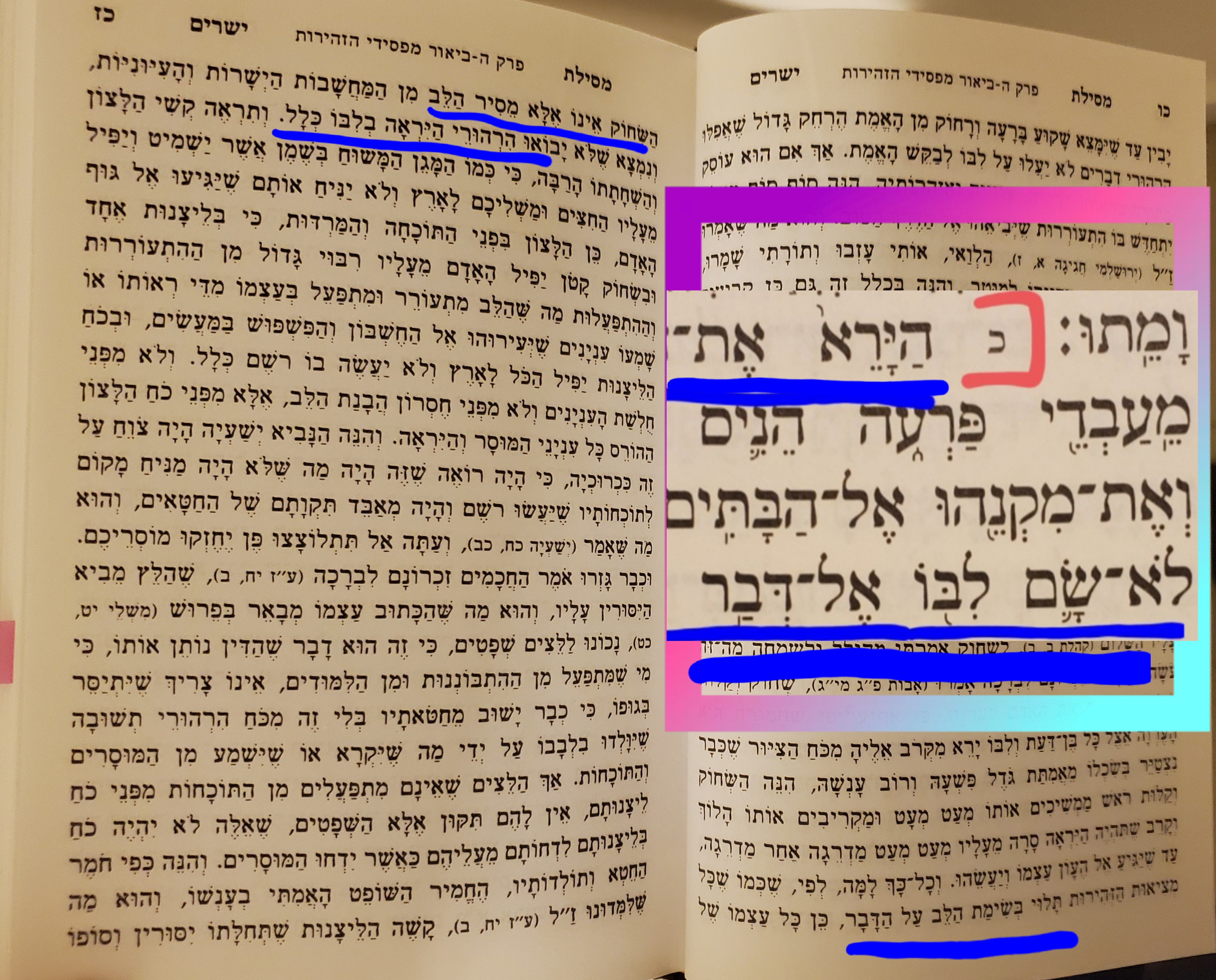 After already witnessing many wonders and suffering many plagues, Pharaoh was nonetheless unwilling to allow the B’nei Yisrael to leave Egypt and worship G-d. Perhaps some might argue that, somewhere down the line, due to the Divine hardening of his heart, Pharaoh was rendered somewhat impervious to the wonders and plagues. But, Pharaoh was not the only witness to the wonders, nor the only one to suffer any plagues. The Torah indicates Pharaoh had like-minded, stubborn subjects who also remained unmoved. What kept them from capitulating to the Makkos and submitting before the clearly All-powerful G-d?

Although the Torah recorded the Egyptian response to many of the plagues, when relating Makkas Barad, the Torah records the subjects’ response to Moshe’s clear and fair warning, that everything left outside will be destroyed by the fiery hailstones. And once again, there were two different responses. Here’s what they were:

“HaYarei Es D’var Hashem MeiAvdei Pharaoh Heinis Es Avadav V’Es Mikneihu El HaBatim; VaAsher Lo Sam Libo El D’var Hashem Vaya’azov Es Avadav V’Es Mikneihu BaSadeh”
“The one who feared the word of Hashem from among the servants of Pharaoh rushed his servants and his livestock to the house; and the one who did not place (apply) his heart toward the word of Hashem, he [ultimate] left his servants and his livestock in the field.” [Shemos 9:20-21]

There is something incredible that is being communicated between these two verses. We could readily understand the mindset of those who heeded the warning. Why NOT take advantage, accept the kind gesture and protect your belongings? It’s the second group that simply blows the mind.

The fact that at that point, anyone could be so brazen as to say “challenge accepted” and, after a fair warning, intentionally leave his property in harm’s way is absolutely remarkable. How could anyone in his right mind possibly be so stubborn to literally no productive end? Can we even call this pure stubbornness? It seems more like pure stupidity at this point. There was everything to lose and literally nothing to gain here!

A Lack of Symmetry

Another question one might ask pertains to the seeming lack of symmetry between these two verses. My brother R’ Mendy observed that, on the one hand, the Torah refers to the first group as the one that “feared the word of Hashem.” We would think that the second group would be described in parallel terms, as the group “that did not fear the word of G-d.” That, in fact, is NOT how this group is referred to in the second verse. Rather, this group is referred to as “Asher Lo Sam Libo El D’var Hashem”-“the one who did not place (apply) his heart toward the word of Hashem.”

What are we supposed to make of this seeming lack of congruency in our Pesukim? What is the difference between these two groups?

I believe that the answer to this question can be found plainly in the words of Ramchal’s legendary work of Mussar, the Mesilas Yesharim (Path of the Just).

Listen to how Ramchal describes the effects of these detractors: (The translation is my own.)

“Just as the entire existence of Zehirus is dependent on the application of one’s heart toward a matter (Simas HaLeiv Al HaDavar), so too, the entire essence of levity is none other than the redirecting of the heart from proper thoughts and examination; and what emerges [from levity] is that the thoughts of fear (Yirah) will not enter his heart at all.”

It seems almost as if the Ramchal was speaking directly to our Pesukim, citing them almost verbatim. What is the message?

The Only Alternative to Yiras Hashem

In order to achieve a healthy and balanced fear of G-d, one merely needs to be “watchful” and “mindful.” If he “applies his heart to the matter,” or perhaps, in more common terms, “takes the matter to heart,” there is simply no way he could hear and NOT fear.

When it came to Pharaoh’s subjects, there was simply no way that anyone paying attention to what was happen could hear the warning of Barad and not fear the consequences. The two groups are NOT “those who feared” and “those who did not fear.” Who could possibly hear and not fear? But, the only way one could do so is if, despite hearing the warning, one’s own snarky cynicism and complacency withheld him from “taking the matter to heart,” such that the “thoughts of Yirah will not enter his heart at all.” That levity and stupidity is the only fuel for such stubbornness, and the only alternative to reasonable Yiras Hashem.

In this vein, Ramchal to compare cynism to oil lathered on a shield which thwarts any arrows of inspiration and spiritual reprove from penetrating. He elaborates further that even one cynical thought or comment can cause myriads of opportunities of spiritual awakening to fall away. All one needs is to simply keep the reality that stands before his very eyes from reaching his heart. Then, he will forever shield himself from Yiras Hashem.

The Torah is not merely describing two groups among Pharaoh’s servants, but two camps in life, two kinds of individuals on the spectrum of Yiras Hashem. It seems that the point is that there are only these two; those fear and revere the word of Hashem and those who, for one reason or another, did not take His word to heart. Which camp do you yearn to be in?

May we all be Zocheh to be among those who earnestly fear and revere the word of Hashem, be governed by our Yiras Hashem, and have means to remain protected when Hashem performs wonders again with the coming of Moshiach, Bimheirah BiYomeinu! Have a Great Shabbos!
Yehoshua Shmuel Eisenberg