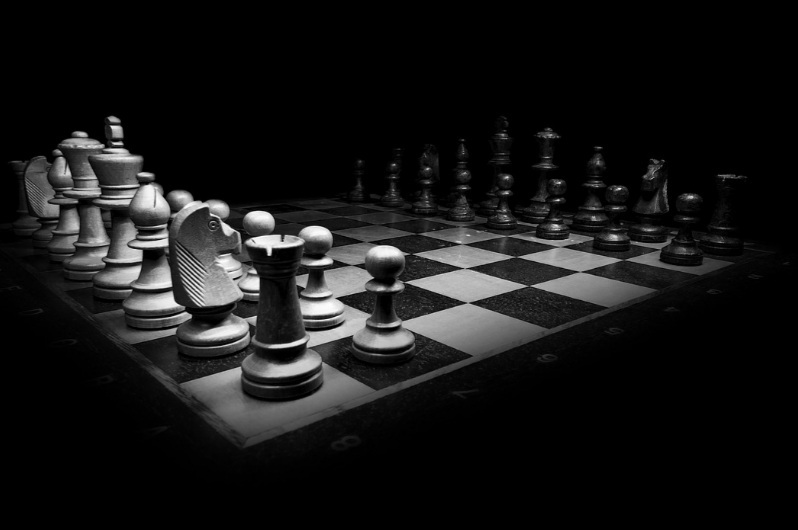 As you may have noticed, lately, my Divrei Torah on Parsha HaShevua have heavily incorporated or revolved around current events which have shaken up the world, particularly the COVID-19 pandemic. But, Coronavirus is hardly on people’s minds this week as focus has shifted to the topics of police brutality, racism, and rioting.

But, because there is no opinion about any of these topics that won’t be received as politically charged, racially charged, or offensive and hateful in this political climate, I will not be discussing any of that. Instead, I will revisit our Parshiyos to discuss why in fact that is—why we can’t all publicly offer perspectives on issues today regarding which, we would assume, most of the “free world” would agree.

After all, injustice of all forms—black or white, life and death related or business related—should be considered evil regardless of political opinion about general public policy, for example, yet there is somehow a bitter difference of opinion on all of these issues today. Facts are disputed and details are emphasized and packaged differently as reflected by the reporting on each side.

Where is the starting point? Could we say that the both sides are beginning from the same starting point of pure intellectual honesty? Is everything a matter of pure principle and policy? If so, why are there so many seeming inconsistencies? Where do all of these genuine people get lost? Maybe one of the sides is completely lying or perhaps being misled about some or more of these issues. Is it possible that neither side is one hundred percent free of bias? Is it at all possible that many of us have become mentally and emotionally inseparable from a “tribe”?

Parshas Bamidbar had taught us about the division of the Shivtei Yisrael, the tribes of Israel. In the same Parsha, the Torah is careful to highlight elevated status of the tribe of Levi, wherein there is an even more elevated sect of Kohanim. Parshas Nasso continues to describe these divisions with a focus on two of the Levitic tribes, Gershon and Merari. Indeed, the holier Levitic tribe of Kehas and its job description was already listed at the end of Bamidbar, away from its brother tribes, perhaps to highlight its holier status.

A Recipe for Tribalism?

Once we have given this attention to the concept of differing Shevatim or tribes and differing levels of Kedushah reflecting a spiritual hierarchy, one has to wonder what in fact G-d had in mind and if we would have divvied up national matters differently. Why in fact did Hashem separate His children into tribes? And why did He allow for a system in which any tribes would be able to rise above and become holier than another? Perhaps G-d allowed “merit” to take its course, but to an extent, we might argue that there is a natural privilege in being born into a Kohanic or Levitic family, or even being born into the royal tribes of Yehudah or Yosef versus being born to a tribe that was mothered by a hand-maiden.

In short, was Hashem’s design of the “Twelve Tribes of Israel” not a recipe for division and tribalism? The people were divided up after all, and they were tribes after all. Is it any surprise that throughout Sefer Bamidbar and much of Navi, there would be uprisings and rebellion, one tribe against the next? What did G-d have in mind?

Hashem obviously wasn’t short-sided and His “recipe” lacked nothing. We just haven’t exactly been following His recipe. Indeed, there is one most basic ingredient we have been missing from Hashem’s recipe for the “Twelve Tribes of Israel” and it is the bonding agent that will always unifies us so long as we don’t forget it. It is the will of their “Father”—not just Yaakov Avinu who bore them all, but their Father in Heaven. Before we were Shivtei Yisrael, we were B’nei Yisrael, all sons of the same family. When we traveled as tribes, we surrounded the Mishkan which traveled in the center. That Mishkan hosted the Aron HaKodesh which housed the Luchos representative of the will of our Father in Heaven!

If the will of our Father is first and foremost for each of us, we may still have fair questions and concerns about the system. We may be inclined to side with our own tribe. We may be a bit biased. But, we would not engage in bitter fights over the matters that naturally divide us. We could talk about the issues that apparently divide us. We would not rise up against the Ratzon Hashem, but rather, we would rise above those matters that divide us. We would at least yearn to search for truth with a grain of intellectual honesty. We would rise above tribalism.

May we all be Zocheh to have Hashem’s will at our center so that we will not only be unified and rise above tribalism, but we should earn the redemption which will meet us with that much needed unity in the days of Moshiach, Bimheirah Biyomeinu! Have a Great Shabbos!