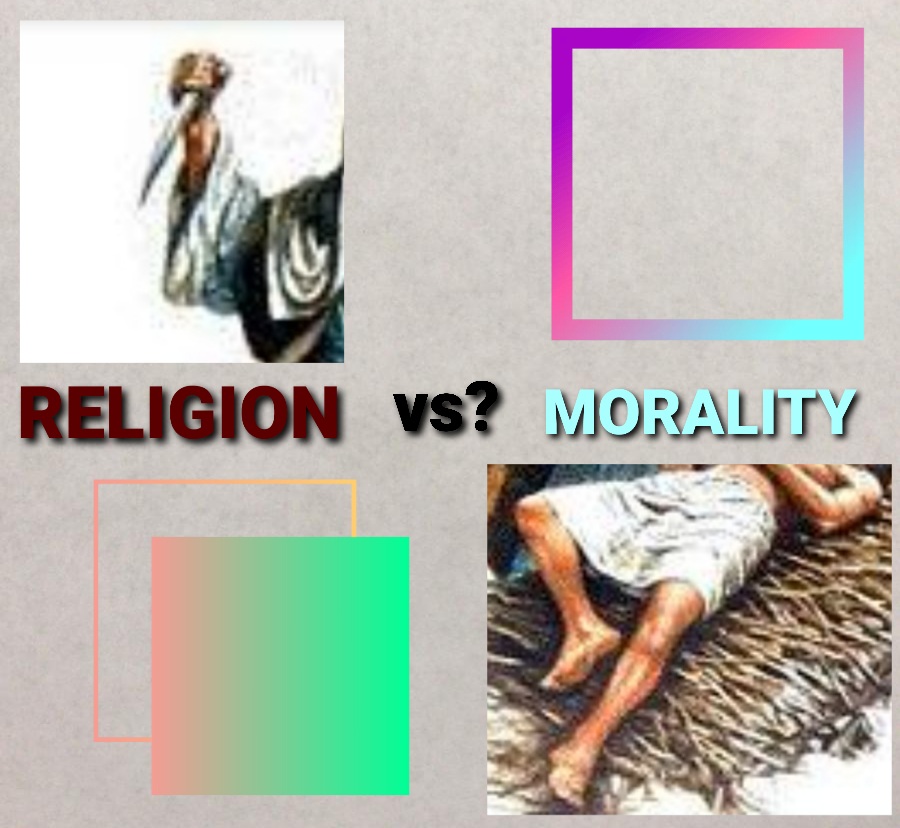 The already intense and climactic Parshas Vayeira finishes with a bang in the narrative known as Akeidas Yitzchak. Though, after years of hearing it, we may have become numbed to the story, the more we really think about it, it is absolutely mind-blowing.

But again, it is very easy to become desensitized to the implications of Akeidas Yitzchak. What, in fact, we are supposed to take from the story is not immediately clear.

It was All a Test

For starters though, one might say that the point of the story was the “test.” Akeidas Yitzchak was Hashem’s test for Avraham Avinu. Would Avraham actually engage in the horrible deed that G-d had instructed him. But, what kind of test was this? What was Hashem trying to gauge and prove through this test? (A separate question which I will not address now is what Hashem gains from testing anyone, seeing as G-d already knows everything. This question is addressed by both Rambam and Ramban.)

At first glance, one might say that Hashem’s instructions for Avraham in this trial were “simple” enough: Offer your son Yitzchak as a sacrifice. Obviously, “simple” in this case could not mean “easy.” Although this command was certainly “easier said than done,” it was at least straightforward. Of course, sacrificing a son is hard. But, who said tests are supposed to be easy? So, perhaps, by now, we have a concept of the difficulty of that which Hashem was asking Avraham. Not only is it unimaginably painful to execute one’s own son, but the implications of this command were contradictory to Hashem’s earlier promise that Yitzchak would live to inherit Avraham. But, at the end of the day, it was a test. And good for Avraham, he demonstrated his unwavering devotion to Hashem by passing with flying colors by raising the knife toward his son.

The best part of the story is that, in the end, Avraham did not actually have to slaughter his son to succeed in this trial. In the nick of time, Hashem sent an angel to stop him. And this is the detail seems to be the one that makes the story “worth it.” It allows us to rest assured and know that everything is going to be okay. In the end, we know that G-d, in His profound mercy and divine morality, would never demand that one slaughter his innocent son.

But, is the story that simple? Hashem tested Avraham by intentionally convincing him, at least temporarily, that He wanted him to kill his own son. Granted, no one actually ended up dying in the story, but are we supposed to just accept the story as is? It might be “unfair” to ask this question, but suppose Hashem did not send the angel to stop Avraham in his tracks? Yes, Hashem caught Avraham before it was too late. But, until He did so, to Avraham’s knowledge, there was not going to be a happy ending. And if Avraham had to struggle with that question in real time, we can try to sit on the same question, at least as a hypothetical. Assuming Hashem was not planning on “calling off” the test, is that something that, theoretically, we, in a similar position, should be able to accept?

Now, one may argue back that of course Avraham didn’t think there would be a happy ending; that was the whole test! And once again, Avraham responded correctly! And similarly, if G-d should ever test man again under such terrifying conditions, the correct response would be to accept it and act in accordance with divine will. But, if we accept that as truth, then from where Avraham stood at the moment before Hashem stopped him, if we dropped the anchor then and there, we would be left with two horrifying givens.

1. Hashem had commanded Avraham to commit an act of pure evil.

2. Avraham was about to commit an act of pure evil.

Indeed, the more serious thought we give to this story and the more we try to actually stand in the shoes of Avraham Avinu, the more difficult the story becomes. Again, assuming we don’t know the end, to Avraham’s best understanding, Hashem had commanded him to engage in an act of pure evil. Forget the natural love he must have had for his son. The act he was instructed to perform is inherently evil.

And again, “given #2,” Avraham committed himself to that very act of pure evil. How are we to look at Avraham Avinu? Intuitively, we laud him for the incredible act of trust, devotion, and absolutely unwavering obedience to Hashem. As religious Jews, we aspire to have such steadfast determination in our personal Avodas Hashem.

Now, if the act was so inherently evil, why would Hashem insist for even a moment that Avraham commit himself to it? And why is it commendable that Avraham completely discarded his sense of absolute moral truth in the face of a “religious obligation”? Maybe, one can argue that the appropriate thing for Avraham to have done at the time was to look G-d “in the Face” and refuse to engage in such inherently evil behavior. Obviously, that is not what happened. But, why not? Morality is also an indispensable product of G-d’s Creation. And yet, in this story, G-d pinned morality against what we might call “religious conviction.” After all, the Chumash is clear that this was a test of Avraham’s Yiras Shamayim (Awe of Heaven); Hashem declares it loud and clear [Bereishis 22:12]. But, again, it was Yiras Shamayim against Hashem’s own morals. And Avraham was apparently supposed to choose one over the other, and he apparently chose correctly.

Given all of the above, how are we, as hopefully religious and moral humans to relate to G-d and His beloved servant Avraham Avinu? What does Hashem want us to learn from Akeidas Yitzchak?

The first item is Avraham’s sense of morality. Although this seems to have been compromised during Akeidas Yitzchak when Avraham was prepared to slaughter his innocent son without once questioning the morality of such a deed, if we rewind to the beginning of Parshas Vayeira, it is clear that Avraham is not shy about questioning seeming immorality in the divine will. Indeed, when Hashem revealed that He would be destroying Sodom, Avraham pressed G-d on the notion that G-d might destroy the righteous along with the wicked [18:23]. Here, Avraham challenged what He understood to be an absolutely immoral will of G-d. Avraham had an unquestionably keen sense of morality.

The Akeidah in Hindsight

The second item we have to remember is what we described earlier as the “happy ending.” Let us put the emotional aspect aside for moment, and recall the moral implications. It is not just a “happy ending,” but it is what we would also think of as a “moral ending.” Hashem withheld Avraham from that “act of evil.” That means that at the end of the day, whatever G-d’s will looks like, apparently, he would never simply command us or even allow us, on the basis of His will, to engage in evil behavior.

But, what we learn from the Akeidah is that G-d apparently expects us to commit ourselves to and engage in an act that looks plainly evil, so long as it is His will. And this is the great test of the Akeidah. We know in hindsight that (1) Avraham was a moral individual, and (2) apparently, so is G-d. And if something looks immoral, we should wonder and perhaps protest. But, if G-d issues a command that looks immoral, that is when we have to temporarily suspend our questions and moral qualms and engage in the will of G-d. Why? Because Yiras Shamayim is more important than moral truth? No. But, because trust in G-d and Yiras Shamayim entails that we accept that G-d’s will IS moral even when it absolutely doesn’t appear that way. The Akeidah demonstrates what Avraham already knew, and that is that if G-d is going to absolutely insist that we go along with something, it must be moral. And indeed, when it apparently was not moral, Hashem made sure to stop him. But, until that point, one’s job is not merely to “blindly obey” the religious obligation, but to fully trust in the divine morality of that religious obligation! That is because, in the end, if it is Hashem’s will, Yiras Hashem states that despite our own human concept of morality, there is never truly a contradiction between religion and morality.

May we all be Zocheh to have this truest sense of Yiras Shamayim, devoting ourselves to the endless partnership of religion and morality, recognize the unity, and Hashem should ultimately reveal the moral beauty of His will with the coming of the Geulah in the times of Moshiach, Bimheirah BiYomeinu! Have a Great Shabbos!
-Yehoshua Shmuel Eisenberg 🙂