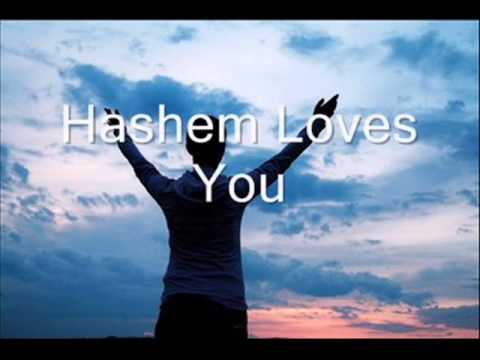 Megillas Shir HaShirim, authored by Shlomo HaMelech, is an intensely graphic, but allegorical love poem, and is read publically, according to the Ashkenazic (German Jewish) tradition, on the holiday of Pesach.

Each of the fives Megillos (scrolls) in Kesuvim (Holy Writings) has a designated place in the liturgy of the Jewish holidays, such as Megillas Esther on Purim or Megillas Rus on Shavuos. Why a given Megillah-reading is featured on a given holiday is a fair question in its own right, but above that, it is most essential if one wants to understand not only the fundamental meaning of the scroll itself, but that of the Mo’eid, or designated time, on which it is read.

For most of the Megillos, the meaning and connection between the holiday and the Megillah is easily understood. Megillas Esther, for example, is a no-brainer as it tells the story of Purim. Megillas Eichah as well, which is read on Tish’ah B’Av, the day of mourning over the destruction of the Beis HaMikdash, is describing just that, the mourning process upon the sight of the destruction. So, what then would be the connection between Shir HaShirim and Pesach?

The simple answer that is suggested is that the love poem of Shir HaShirim symbolically represents the relationship between Hashem and the B’nei Yisrael which had essentially begun on Pesach when Hashem redeemed Israel from Egypt, selecting Am Yisrael, as it were, as His “wife.”

Now, anyone who suggests this explanation would not be incorrect. However, there are still a few questions to consider. For example, is this aspect of Shir HaShirim—the relationship between Hashem and Am Yisrael—particularly oriented toward Pesach per se or is it really an an all-year-around idea?

At first glance, it is really an idea to meditate on every single day—every Shabbos, every holiday, and every moment of Jewish life and existence. We are always living and experiencing our relationship with Hashem. So, what makes Pesach so unique for highlighting this relationship? On the contrary, one might argue that since Shavuos, according to Chazzal, represents the actual marriage between Hashem and the B’nei Yisrael, perhaps, Shir HaShirim could just as easily have been the reading for Shavuos, had Megillas Rus not already been selected.

So, as was already mentioned, one could simply respond that since Pesach uniquely marked the beginning of the relationship that is referenced in Shir HaShirim, Shir HaShirim should accordingly be read on Pesach.

Maybe, but if that’s the case though, it would seem that indeed, as we have suggested, Shir HaShirim really isn’t so intrinsically connected to Pesach per se, but just the “timing” of Pesach in our relationship with Hashem. Pesach just happened to be the beginning.

However, there is still a slight problem, because if one looks at the text of Shir HaShirim, the Megillah does not merely describe the beginning of a relationship, but a drawn-out history of the said relationship. We hear about the twists and the turns in the relationship, the emotional struggles, the development, the good times, the bad times, and so on and so forth. And as far as the allegory is concerned, when one glances at Rashi’s commentary where he translates the poem according to the history of Israel’s relationship with Hashem, one will note that even though the relationship certainly started on Pesach, Shir HaShirim also hints at other times of the Jewish year. For example, there was a Shavuos where the relationship was looking good—when Israel entered Hashem’s covenant at Har Sinai. And yet, not only was there a Shavuos, but there was also a Shiv’ah Asar B’Tammuz when the B’nei Yisrael committed adultery against Hashem with the Golden Calf, at which point the relationship was not looking so good. And the rest is history.

So, coming back to the original argument, the whole year is made up of temporal landmarks in our relationship with Hashem, not just Pesach. So is it really just the timing that makes Pesach right for Shir HaShirim? Is there any intrinsic connection between Pesach and Shir HaShirim?

So, really, this is all true; Pesach essentially is the basis for all holidays and the relationship itself, however, this theme is hardly the main point of Pesach, and is hardly what we are celebrating on Pesach. In fact, if anyone would ask what Pesach is truly celebrating, we could come up with a bunch of true responses that have seemingly nothing to do with Shir HaShirim. Let’s elaborate.

Now, the two answers are not so distant from one another. One can easily say that of course, Hashem redeemed us from Egypt with miracles because of His relationship with us, because He loves us. But, if that is all there is to the connection between Pesach and Shir HaShirim, then, really, the point of Pesach is only a sub-product of Shir HaShirim. In other words, the themes are different but related; “love” lead to our “redemption,” and as such, we commemorate the redemption by reading about love. And there is really nothing wrong with this conclusion. On the surface, maybe there are two different fundamental themes at play, and it is the relationship between those themes that results in our reading of Shir HaShirim on Pesach. Maybe.

But, perhaps, beneath the surface, there is something more to the connection between Pesach and Shir HaShirim, something more fundamental. But, what would that be?

Let’s look at the name “Pesach” for a moment. Why is the holiday called “Pesach,” or “Passover”? The famous answer is that the name is based on the verse related to G-d’s passing over the Jewish homes during the plague against the Egyptian firstborns, as the Pasukim in Parshas Bo explain [Shemos 12:13-23], “…U’Posachti Aleichem…”-“…and I will pass over you…,” and “U’Posach Hashem Al HaPesach…”-“… and Hashem will pass over the entrance…,” etc.

The question is: So, what? Yes, Hashem passed over the houses, but why should that be the name of the holiday? If the real theme is “redemption,” the day should be named after the concept of redemption. Why is the “passing over” essential?

To understand the name “Pesach,” we have to consider another question: Why did the Torah need to say that G-d “passed over” the homes of Israel? The point is seemingly superfluous as G-d doesn’t need to perform any gymnastics to avoid hitting Israel as He strikes Egypt. The Torah should simply say that G-d struck Egypt and we would know through omission and really simple logic that He didn’t strike the Israelite homes. Why does G-d specifically need to pass over the people… unless, of course, the Torah is trying to tell us that really, had G-d not specifically passed over them, indeed, they would have been hit…? In other words, the B’nei Yisrael were equally targeted by the plague, and as such, G-d needed to jump over them. But, why would the B’nei Yisrael’s homes have been stricken by Makkas Bechoros? The answer is: Maybe, they deserved it.

Now, how could we suggest such a thing? As it happens, we don’t need to suggest it, because many Midrashim already do so. Particularly, the Midrash Tanchuma in Parshas Beshalach, describing Krias Yam Suf (the Splitting of the Red Sea/Sea of Reeds), says that when the angels saw the Egyptians pursuing Am Yisrael, they didn’t know whom to fight for or against because “Hallalu Ovdei Avodah Zarah, V’Hallalu Ovdei Avodah Zarah”-“These are idolaters and these are [also] idolaters!” It was not until G-d’s Attribute of Mercy intervened that the B’nei Yisrael were ultimately saved. In other words, according to the natural laws of strict justice, the B’nei Yisrael, as per there lack of spiritual merit, should not have been saved. In the very same vein, we can suggest that during Makkas Bechoros, the same mercy was necessarily exacted, that without Hashem’s “passing over” the spiritual filth of undeserving nation, the miracles would have never occurred, Israel would not have been freed, and in fact, there would have been no redemption! Thus, the name “Pesach.”

With this understanding of Pesach, we can arrive at the true theme underlying the holiday, the unmistakable theme of true love. Where does such undeserved kindness and mercy come from? Most of us do not display such lovingkindness for an individual who has bitterly wronged us. The mercy and kindness is founded on true, unconditional love.

And if one looks at not just the surface theme of Shir HaShirim, but the text of the poem itself, one will see that indeed, that is what Shir HaShirim is truly about.

What really is Shis HaShirim about? It’s not just about a relationship. The apparent point of Megillas Shir HaShirim is that Hashem is just the best husband to an unfaithful wife in Israel. From the beginning, the text describes a blackened, sullied woman who wallows in shame, yet her husband not only still loves her, but still makes her feel loved. The display of the husband in Shir HaShirim is one of patience, compassion, and an undying will to see the deeper beauty in His lover. Indeed, not just a relationship, but Shir HaShirim is specifically about the Chasdei Hashem (Hashem’s kindness) that keeps the relationship alive, because without Hashem’s unconditional love for us, our intolerable offenses would simply kill the relationship.

It is this love that Hashem has for us that enables miracles and redemption to unfold for us. “Pesach”—the true theme of Pesach, G-d’s sparing us despite our filth, is what keeps us going in every single generation. “Pesach” reminds us that we are humbly living off Chasdei Hashem, G-d’s mercy and love. “Pesach” reminds us that we were unfaithful, yet Hashem has loved us since our forefathers and therefore sees the potential beauty beneath our filth.

The idea is about giving, not just giving back, but giving in general, giving even when the gift was unwarranted or even completely undeserved, giving because of the love itself. We were not perfect and Hashem has given us and continues to give us. In the same vein, nobody in any relationship is perfect. And just as well we all truly run on Hashem’s unconditional love, so do all of our relationships. When we truly love, we look to give unconditionally, and not to be given. When we understand that, we will not only begin to appreciate everything Hashem does for us and strive to hold up our end of the relationship by paying Him back, but we will strive to rise above in all of our relationships, with Hashem and beyond, and we’ll give purely out of the same love.

May we all be Zocheh to appreciate Hashem’s unconditional love for us, strive to and ultimately return the same pure love to Him, uses these ideals to improve all of our relationships, and Hashem should shower us with the ultimate love, resting His Presence among us with the coming the final Geulah in the days of Moshiach, Bimheirah Biyomeinu! Have a Great Shabbos Chol HaMo’eid Pesach!
– Josh, Yehoshua Shmuel Eisenberg 🙂