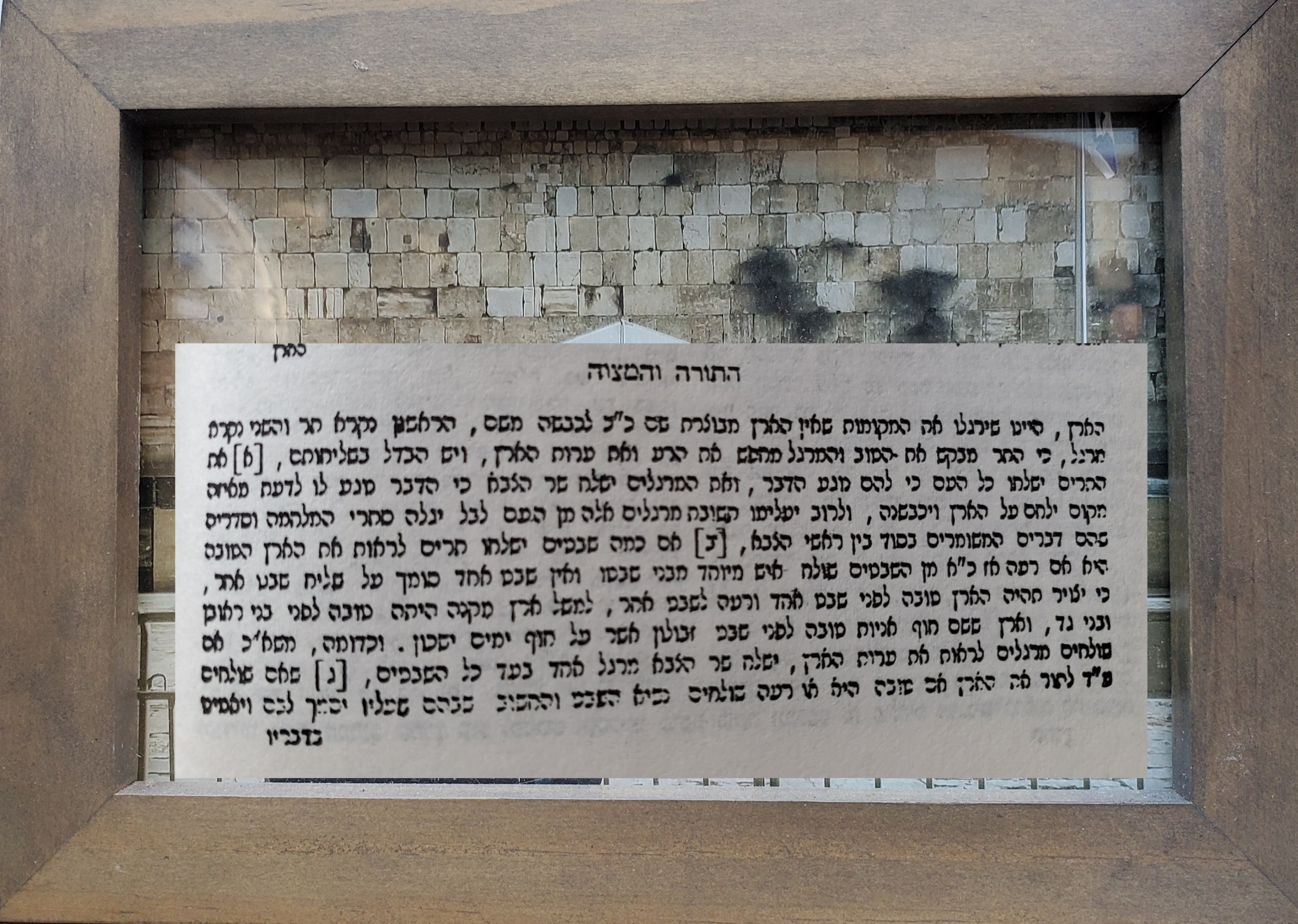 Though we classically refer to the spies of Parshas Shelach as “Miraglim,” the Parsha does not actually refer to them with this word. In fact, we don’t find this root word, “Rageil” [רגל], in connection to the spies until Moshe’s version of the story in Parshas Devarim where he relates: “Vayiraglu Osah”-“and you spied it out.”1

In the meantime, in our Parsha, we find a different root word used to describe the original mission of the spies, “Tur” [תור], as in “Viyasuru Es Eretz Cana’an”-“and they shall spy out the land.”2

What exactly is the difference between these two words? Why did Moshe—and why do we—refer to them as the Miraglim?

Although both terms refer to spying or scouting out the land, Malbim explains the discrepancy which makes a world of a difference and will explain the root of the Cheit HaMiraglim precisely. What is the difference between “Tarim” and “Miraglim”? In the simplest terms, “Tarim” seek the good points whereas “Miraglim” seek out the bad or the weak spots.

Anyone can be designated to simply scout out the land broadly without intense scrutiny. In this vein, some have suggest that the verb “Tur” is perhaps the etymological basis for the word “tour.” On the other hand, it takes Miraglim, for example, to expose the land, for example, the weaknesses for purposes of conquest.

Though there are various explanations for the original mission of the Miraglim, Malbim explains that in our Parsha, it is clear that the spies were authorized to “Tur” the land. In other words, they were not supposed to be Miraglim.3 They took a liberty and perhaps overstepped their bounds when they assumed the rule as Miraglim, searching out the pitfalls before they returned with a negative word. This perhaps was the sin of the Miraglim—that in fact, they were Miraglim at a time where they were not instructed to be.

Now while it is apparent that “Miraglim” suspiciously seek out the worst and “Tarim” innocently scout out the best, it is important to note that we are not quite told that “Tur” equals good and that “Rageil” equals bad. The connotations of the verbs are simply different, and perhaps, given the right context, either verb for scouting could be appropriate. In Parshas Shelach, when Hashem had instructed the people to follow His lead with trust in Him, being “Miraglim” was obviously incorrect. But perhaps, sometimes, it is important to be a spy and find the pitfalls, whereas at other times, we are supposed to be “tourists” as it were and just enjoy the sight before our eyes.

We might argue that we’d be flawed to only engage in one of these two actions all the time. That is because constantly being “Miraglim” can lead us to being overly skeptical and pessimistic—perhaps mentally creating pitfalls where there are none. On the other hand, being innocent and naïve “Tarim” all the time can steer us wrong when, in fact, there is what to be suspicious about. Sometimes, we need to take what we hear with a grain of salt. And yet, on the flipside, once again, before we instantly reject what we see and hear as “Miraglim,” perhaps we need to allow ourselves to be “Tarim,” open to the possible merit in what it is we are looking at and listening to.

When listening to a lecture or watching a film, we can do so with tight scrutiny or with an open heart. We can call out every inaccuracy or we can praise the presentation for the value it has to offer. This is true for everything in life.

The following personal story demonstrates this exact point: I recall one time that after hearing a Mussar lecture from a Rebbi, I turned to a colleague and immediately started pointing out everything I disagreed with about what I had just heard. Before I could finish, he stopped me and said: “It could be you’re right, but I am still taking in what the Rebbi said. If you want, we can discuss it later, but don’t deprive me of the effects of the positive message that the Mussar might have on me.” He was not at all wrong and I was humbled.

Spies seek out, but tourists take in. There is a time for both. There is a time to be suspicious. Our eyes and ears can deceive us. People can and will spread misinformation, whether maliciously or just in their own folly and the naivety of their hearts. And yet, there is a time to put down the magnifying glass and allow ourselves to appreciate the view and hear the “good word.” Perhaps some circumstances call for a balance of the two.

May we all be Zocheh to know when to be either vigilant or open-minded, or both, and to have a handle over our eyes and hearts so that we should be able to take in, be inspired, and properly advised by positive and correct information, as well as weary about phantom falsehoods, and Hashem should reveal the light of truth to us all with the coming of the Geulah in the times of Moshiach, Bimheirah Biyomeinu! Have a Great Shabbos!