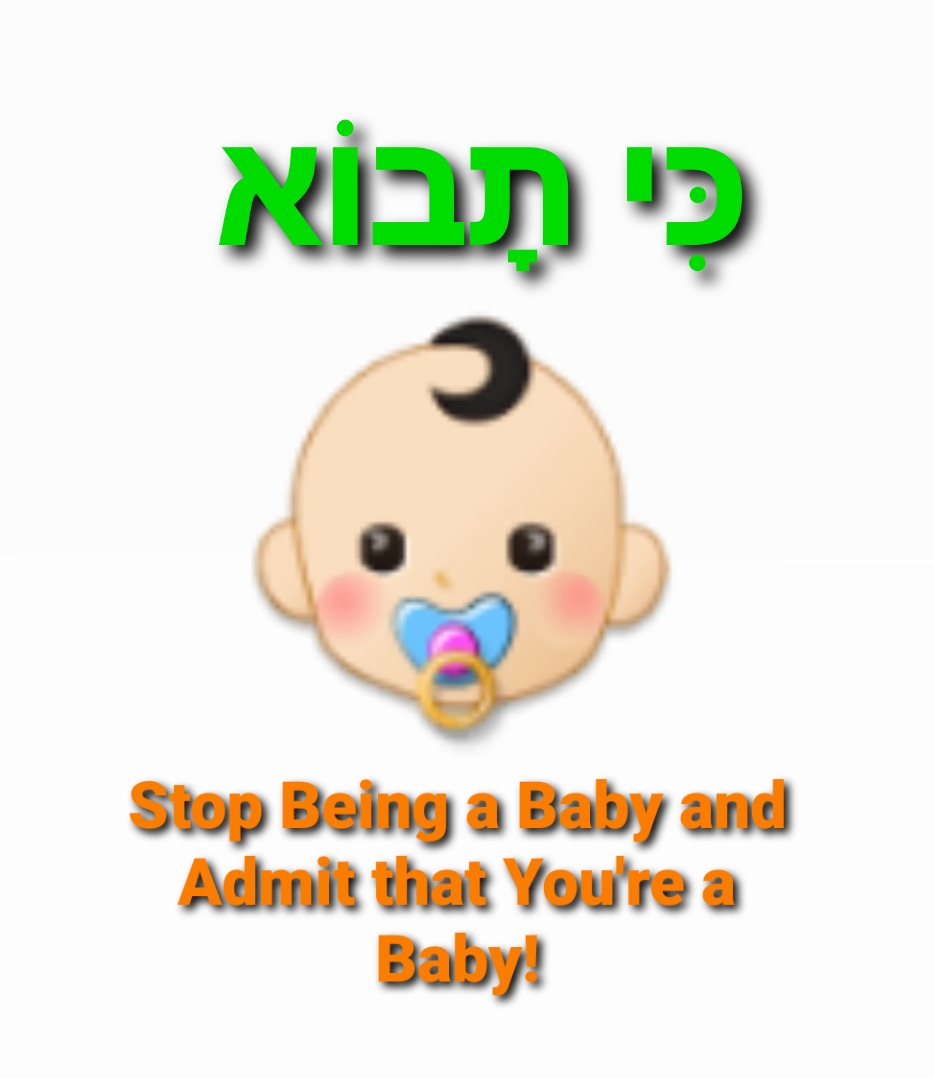 “Stop Being a Baby and Admit that You’re a Baby”

Parshas Ki Savo is not just a Parsha HaShevuah, but its reading at this time fulfills a Takanas Ezra (Institution of Ezra) which states that the Tochachah, or the passage of Admonition in Sefer Devarim, should be read before Rosh HaShannah [Megilah 31B]. Why was this reading of the curses instituted at this time? “K’dei SheTichleh HaShannah V’Kilelosehah,” literally, “in order that the year should conclude and its curses” [Ibid.].

Now, what exactly does that mean? Perhaps it means that we should start the year off on the right foot and avoid reading curses at its start. But, that’s not exactly what the words mean. Once again, the goal is to conclude both the year and its curses. What is the meaning of that goal and how does the reading of the Tochachah accomplish that? The year is going to conclude automatically. But, its the Klalos or the curses, that we’re apparently worried about. When the old year exits, we want the curses to leave with it. But, how does the mere reading of the curses accomplish that?

Neither Klalah nor Mussar are pleasant, neither to listen to, nor to experience. But, if we had to choose between the two, we’d obviously choose the former. And perhaps, it’s for this reason that as unpleasant as it may sound, Shlomo HaMelech urges us, “Mussar Hashem B’ni Al Tim’as”-“The chastisement of Hashem, do not despise” [Mishlei 3:11]. No one particularly enjoys receiving Mussar. But, apparently, if we are receptive to the words of Mussar and humbly take the words to heart, that will be all that we need. We won’t need to experience the real thing.

The Yomim Nora’im are marked by the tension of “Avinu Malkeinu,” that Hashem is both our loving Father on the one hand and our King of justice on the other. But, if one wants to earn the love of Hashem as his Father, the answer is to stop being a baby and admit that you’re a baby. Because at the end of the day, we are Hashem’s babies. He gives warnings because He loves us and wants what is best for us.

With that said, let’s not despise the Mussar of Hashem, no matter how He communicates it to us, and we should be Zocheh to that alone, that this year and its Klalos should conclude, and we should enter the new year with a Father Who is proud of us, so much so that He will send the Geulah, Bimheirah BiYomeinu! Have a wonderful Shabbos!