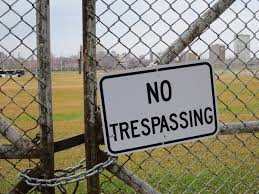 Sefer B’Midbar begins with the national census of the B’nei Yisrael, which served not merely to provide a head count, but to sort them each and to divide them according to their tribes, families, clans, etc. Although, each of the B’nei Yisrael individually had their own place, role and group to identify and walk with, the Torah tells us that all were positioned equidistantly around the Ohel Mo’eid (Tent of Meeting), the Mishkan (Tabernacle) which housed the Luchos, the tablets representing the central goal, Torah observance and Avodas Hashem (service to Hashem) [B’Midbar 2:2].

Indeed, every tribe seemingly had an equal share in their portion of Hashem’s service…well, actually, except for one tribe who had somewhat greater of a portion; the Levi’im. Yes, it seems that not all Jews are one hundred percent equal in holiness or in their spiritual role. The tribe of Levi, separated into two groups, the Kohanim (Priests) and the regular Levi’im, Hashem says [B’Midbar 1:49], are not to be counted among everyone else. They are a unit unto themselves. They sit higher, and indeed, they not only stand closer to the Mishkan, but they interact with it in a way that no one else can. Why? So, the tribe of Levi merited the exalted firstborn rights when they separated themselves from the rest of the nation who worshipped the Golden Calf [Shemos 32]. As a result, in short, the tribe of Levi now has the opportunity of serving G-d in the Temple as Aharon’s children, the Kohanim, offer the offerings and the rest of the Levi’im assist with various forms of support and accompaniments to the service (such as singing, carrying the vessels, etc.). No other member of the B’nei Yisrael may enter the sanctuary of the Tabernacle or Temple.

So strict is this boundary, the Torah writes [3:10], “V’HaZar HaKareiv Yumas”-“and the foreigner [non-Kohein] who draws near shall die.”
Moreover, the Torah commands the Levi’im to be stationed directly around the Mishkan to prevent anyone from trespassing [1:53]; “V’HaLevi’im Yachanu Saviv L’Mishkan HaEidus V’Lo Yihiyeh Ketzef Al Adas B’nei Yisrael; V’Shamru HaLevi’im Es Mishmeres Mishkan HaEidus”-“And the Levi’im shall camp surrounding [toward] the Mishkan of the Testimony, and there will be no wrath against the congregation of the B’nei Yisrael; and the Levi’im should guard the charge of the Mishkan of the Testimony.

Now, what is the basis for this wrath described here, this “Ketzef” that the Torah threatens the nation with? Right, it should come as no real shock that trespassing in Hashem’s spiritually royal and sensitive abode is wrong and perhaps punishable by death, but is Hashem possibly taking matters a bit far here? The Torah says here that the Levi’im must camp surrounding the Mishkan, and then there will be no wrathagainst the entire congregation. That seems pretty harsh and somewhat unfair. Why should there be this “Ketzef”—this burning wrath against everybody because one non-Kohein sneaks into the Mishkan?

The simple answer is: Yes, as harsh as it sounds, it’s the reality. As we’ve seen with Nadav and Avihu [Vayikra 10], tampering with holy matters is like playing with fire, and if you play with fire, you get burned. For this reason, it is, in some ways, everyone’s responsibility to have such awe for G-d’s Sanctuary and to make sure that no one goes in.

While the above is probably the truth of the matter, the matter is still troubling. The Torah says that the true culprit will die if he goes in—that we also know from Nadav and Avihu. But, the Torah presents the matter here as a danger to the congregation at large, something which we did not see at the scene of Nadav and Avihu’s deaths. Yes, the trespasser should die, but for everyone to be “burned” too is a new, more chaotic sort of danger. Why should everyone be at risk now? How could a single misstep result in such “wrath” that burns the entire congregation?

The problem is that if the Torah placed the Levi’im around the Mishkan to guard it from trespassers, that, plus the death penalty, should seem to be enough of a warning to the people. That’s the Torah’s “due diligence” to protect G-d’s sacred honor. The “Ketzef” against the congregation appears to an overly harsh, perhaps overly sensitive response.

But, perhaps another issue to consider is that multiple times in this Sidrah, the Torah writes “V’Shamru”-“and they shall guard”—that the Levi’im shall guard the Mishkan and the service [1:53, 3:9-10]. They’re standing around the Mishkan, guarding it. With a full tribe of Levi standing by, who is it that the Torah is afraid will barge in? Does there need to also be a wrath against the nation if the Levi’im are standing guard? Who in their right mind would be so brazen as to even attempt to penetrate the boundary of Levi’im? Which rebellious Israelite is going to cause such a ruckus? Who will bite off more than he can chew by planning to enter the Sanctuary unauthorized?

It might not be an Israelite at all. In fact, Rashi [to 1:53] forewarns us who would and in fact does eventually do such a thing. It is none other than Korach, an esteemed member of the tribe of Levi himself! The Torah says that as long as the Levi’im stay by their post around the Mishkan, there will be no “Ketzef” against the people. Rashi, picking up on this warning, mentions that, indeed, the Torah says later that when Korach started a rebellion against Moshe in attempt to win the Kehunah (Priesthood) and the rights to serve in the Mishkan—when a Levi left his post at the periphery of the Mishkan and attempted to go in unauthorized, “Ki Yatza HaKetzef”-“that the wrath went out” [B’Midbar 17:11] and caused the deaths of major chunk of the congregation of Israel. And if one looks at that later verse in its context, the “Ketzef” described there is not concerning the destruction of the recruited men of Korach’s assembly, but the deaths of many of the remaining B’nei Yisrael who complained against Moshe after Korach’s rebellion was foiled. Yet, the blame for this wrath is rightfully ascribed to Korach, because once Korach had crossed the line, it was no holds barred. More of the nation went after Moshe and entered “illegal territory.” With this information, it makes sense how a single misstep of one man can create a fire that can spread to the rest of the congregation. It’s not that one person stepped out of line, but, that that person stepped out of line and created a domino effect of anarchy. And indeed, as a result, many did die. Why? How? Not even because of a greedy, honor-seeking Yisraeli who sought to get passed the Levi’im, but all because of one Levi himself who left that post.

The frightening reality and irony is that apparently, we’re even afraid of Levi’im intruding. They’re supposed to be the guardians! Moreover, unlike the lower ranking Yisraeilim, they have so much sacred privileges already. They have an exalted role in the Mishkan and they are entitled to the tithes, the gifts of the nation. Their holy legacy carries much weight. Moreover, Korach was a Kehasi, which meant that he had the privilege that the cousin-Levi’im from Gershon and Merari would not have, as he could carry the holiest vessels of the Mishkan including the Aron HaKodesh which housed the Luchos as the nation would travel! He has so much going for him. How could he fail to guard what he had and allow himself to lose it all?

Sometimes, we’re just not satisfied to have “so much,” and that often becomes the cause of not only our own downfall, but the downfall of our descendants and the world around us. Korach was not the first gifted person who had the exalted role of “guarding” something that was off limits where trespassing warranted a death penalty. There was another individual who left his post and overstepped the very boundary he was assigned to. In the beginning of time [Bereishis 3], we’re told that the first man, Adam HaRishon was given a lot—basically the entire world, and was merely appointed to “guard” Gan Eden (the Garden of Eden) [Bereishis 2:15] and not to eat from the Eitz HaDa’as Tov VaRa (Tree of Knowledge of Good and Evil) lest he die [2:17]. But in the end, he went too far. He had a lot but wanted more, and he trespassed. He caused not only his own eventual death, but death to the future of mankind. Adam’s sin opened the Pandora’s Box so that all of mankind, even G-d’s appointed guardians, can be so brazenness as to trespass the Will of G-d. This wrath of G-d accordingly will spread to others who subsequently step out of line.
As we’ve discussed, later in B’Midbar, Korach as well is not satisfied with being a “close second.” The same tragedy happens to him. Certainly, it could happen to anyone.

B’Midbar, as we’ve mentioned, teaches us about a census of the entire B’nei Yisrael, but again, this census was more than a bunch of numbers. G-d’s calculations are super specific and super sensitive. He created boundaries for everyone, including the Kohein Gadol (High Priest), and if people begin to step out of them, they disturb the balance of G-d’s orderly world. They create a chaos which triggers a burning wrath.

The census was a way to call each individual to his unique duty. Yes, some are “more privileged” than others. Some are born into Kehunah. Some have only the rights of a regular Levi. Most will only be Yisraelim, and that’s okay. G-d decided it. Sometimes, privileges can be earned. Yet, sometimes, they cannot. It’s no different than one being born to a wealthy family while another is born to a poor family, or one who is gifted with a given talent while another is not. There is what we can control, and there is what G-d said is not within our control. Our job is not to get caught up in those matters, but to remember what unites all of us, the Torah that travels in our midst. Wherever we’re positioned in the congregation of the B’nei Yisrael, we can’t lose sight of that larger goal. Ultimately, if we merely do what G-d wants of us, there is no holier or more honorable service for one to engage in.

May we all be Zocheh to each respect our respective roles in Hashem’s world and nation, maintain the balance, focus on fulfilling the Will of Hashem, serve Him appropriately to the utmost of our abilities, and Hashem should accept our service favorably and return the favor with the Geulah and the coming of Moshiach, Bimheirah Biyomeinu! Have a Great Shabbos! Don’t forget to count Sefiras HaOmer!