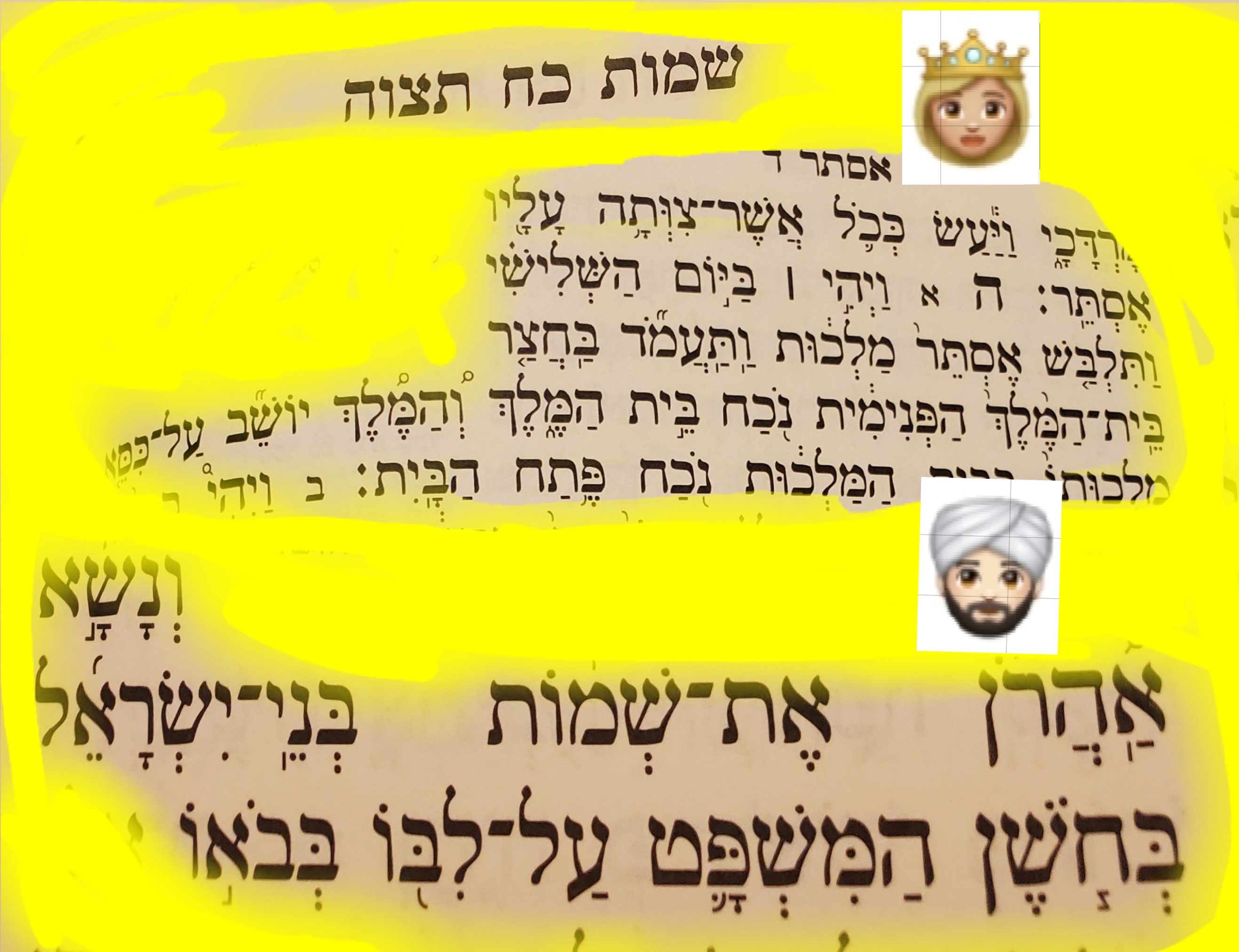 For an audio version, open the link below:

For all of my other audio content, please visit me at The DataBeis:
https://jewishpodcasts.fm/thedatabeis

Purim is time of many sensitive Avodos. For example, to properly and appropriately fulfill the Mitzvah of becoming intoxicated at the Purim feast in a way that doesn’t violate any other aspect of Ratzon Hashem could be no simple task.

But Purim is the host of another delicate Avodah. You may be familiar with the oft quoted teaching of the Arizal, that Yom HaKippurim or Yom Kippur is to be understood as the “day that is like Purim,” in other words, “like Purim but not quite as great.” This apparent comparison between the two days has been the source of countless lessons, all which compel us to view the two days in light of one another.

In that vein, Yom Kippur is marked by the Avodah of the Kohein Gadol which could be best appreciated in light of the Parsha HaShevuah, Parshas Tetzaveh which describes the role of the Kohanim at length, from their regal garments, to their Temple services, their investiture, etc. In his every service, the Kohein Gadol carried the burden of the B’nei Yisrael upon his shoulders, as symbolized by the Avnei Shoham, and similarly, upon his heart, as symbolized by the Choshen, all of the stones engraved with the names of every tribe of the B’nei Yisrael. But, by technicality, on Yom Kippur, the Kohein Gadol could not wear these garments which contained gold into the Kodesh HaKadashim, since gold was the object of the sin of the Golden Calf (based on the principle of “Ein Kateigor Na’aseh Saneigor”-“a prosecutor cannot be a defender,” Rosh HaShannah 26A).

Now, does this mean that the Kohein Gadol would enter the Holy of Holies without Am Yisrael on his mind and heart? Of course, it doesn’t mean that. Even when he doesn’t have the symbols and reminders, he has to always think and act on behalf of his people. How, on Yom Kippur, could he forget them? His very role on that holiest of days should be a constant reminder that he represents Am Yisrael. What this demonstrates is that sometimes, one shouldn’t need any additional reminders, namely, when the essence of the day revolves around that idea. Even without garments of gold and memorial stones, any one of us can and should be thinking on one another.

This was certainly true for Esther HaMalkah. The Kohein Gadol finds an incredible parallel in Esther. Like, the Kohein Gadol on Yom Kippur, she had to enter the “inner chamber of the King,” lacking memorial stones or any such physical reminders of Am Yisrael. And yet, her Avodah was to act wholly on their behalf. That, Mordechai understood, was possibly her role and the whole entire reason why she was positioned to become the queen. Moreover, Mordechai urged her not to think for a moment that just because she was the queen that she would be spared from any evil decreed upon Israel. What a statement! How can that be? Achashveirosh would have never allowed any harm upon her. But, Mordechai knew that she, like the Kohein Gadol, represented Am Yisrael, and that every decree upon them emerges not merely from a miserable man named Haman, but from Hashem. That means that we’re all dependent on one another; “Kal Yisrael Areivim Zeh BaZeh”-“All of [the Children of] Yisrael are guarantors with one another” [Sanhedrin 27B and Shevuos 39A].

There’s a reason why Purim is marked by Mitzvos Bein Adam LaChaveiro (between man and his fellow). Just like on Yom Kippur, the day that is only “like Purim,” the Kohein Gadol would remember his people even without the physical reminders, because representing his people was his entire Avodah, on Purim, representing each other is the Avodah of the day. When the Kohein Gadol entered before Hashem, he prayed for himself, but not without first praying for his nation. When Esther entered before Achashveirosh, she sacrificed her life and did so entirely and selflessly for her nation.

In this exact vein, when R’ Nosson Tzvi Finkel was asked what he has in mind when he Davens, his response was: “Someone else.” That is the Avodah of Purim; do and Daven for someone else.

It is interesting to note that we’re taught that on Purim, the rule of “Kol HaPosheit Yad Litol Nosnim Lo”-“whoever extends his hand to take, we give him” [Shulchan Aruch, O.C. 694:3] not only applies to our charity to others, but Hashem’s charity to us. It is not so clear how exactly what the mechanics of this second application are, because we have likely prayed and not received what we wanted on Purim. But, perhaps, Hashem’s generosity towards us mirrors ours towards others. Perhaps, any time we extend our hands, Hashem looks and listens out for those who are doing so specifically for the benefit of others. Why do we want what we pray for? For whom are we praying? With or without special Mitzvos or reminders, we have to take the message from the Kohein Gadol and Esther HaMalkah. If we are in any position to pray, who knows? Perhaps, it is for this reason that Hashem allows us into His palace to approach Him. Who knows? Perhaps, whether on Purim, Shushan Purim, or any other day of the year, Geulah comes when one Daven for it for someone else.

May we all be Zocheh to do and Daven for one another and not only be answered most favorably, but with the arrival and full revelation of the Geulah, Bimheirah BiYomeinu! Have a Great/Freilichen Purim and Shabbos Shushan Purim!
-Yehoshua Shmuel Eisenberg