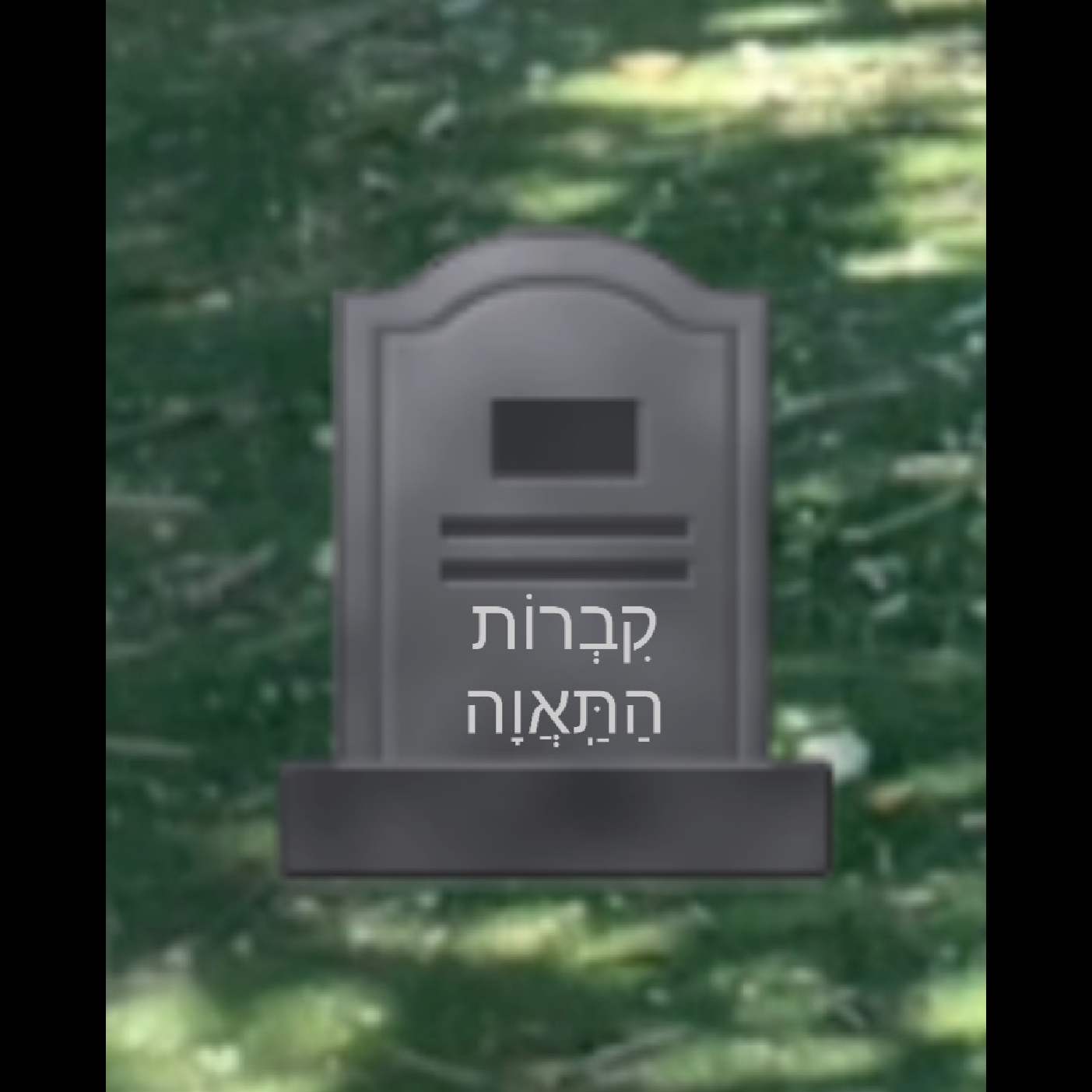 “The Death of Desire”

Among the unfortunate events recorded in B’Ha’alosecha, the Torah describes the tragedy of the “Asafsuf,” the rabble-rousers, or the “Mis’avim,” the “desire-ers,” who viciously complained against Hashem out of their apparent craving for meat. The Torah depicts their gruesome end in great detail [Bamidbar 11:4-35]. They were supposedly fed up with the Mann, literally as much as figuratively, and insulted G-d by ungratefully recalling the imaginary “good times” which they claimed they lived as oppressed slaves in Egypt. Hashem’s response was to give them what they had asked for, but for a heavy price. How much would it cost them? Everything; their lives. Indeed, Hashem would serve them fat, juicy quail–the meat they craved–in fact, so much of it that they would become sick literally to death from it. The Torah informs us that the location was named, “Kivros HaTa’avah,” literally, the “burials” or “graves of desire” [Bamidbar 11:34] in memory of this tragedy.

Why Not Starve Them?

Although there are perhaps many questions to ask about this narrative, we’ll focus on two basic questions. The first question is why exactly Hashem decided to feed these people meat in the first place. If the people deserved to die, they could have been killed on the spot. They didn’t need to be fed first. And perhaps, we can readily appreciate how this way of death demonstrates Hashem’s pristine poetic justice of “Midah K’Negged Midah” (measure for measure), that He “gave them what they wanted.” However, the fact that these people were, in fact, given what they wanted in some fashion at least, despite the disrespectful way they had “asked” for it is striking. Arguably, perhaps it would have also been poetically just for Hashem to have rightfully allowed the people to starve to death for being so despicably brazen. In fact, it would have been equally appropriate if Hashem taught us for all times that if you don’t ask properly, you will NOT simply be granted what you want. Apparently though, Hashem sought to teach a slightly different lesson. What exactly was it?

The Graves of Desire?

The second question regards the name of the final resting place for these rabble-rousers. “Kivros HaTa’avah,” the “Graves of Desire.” This name is somewhat strange. Shouldn’t it have been called “Kivros HaMis’avim,” the “Graves of those who desired”? After all, it was they, the people, who were the ones who were buried there. Desires are intangible; they’re concepts; they can’t be buried. Why then was the place referred to as the “Graves of Desire”?

The True Death of Desire

The answer to both questions, in a line, is as follows: “Satisfaction is the death of desire.” (I heard this quote a number of years ago and found out recently that it actually came from the album title of a heavy metal punk band.) What does this line mean? It appears to be a most profound double entendre. But, it is not just a double entendre. It is a depiction of two diametrically opposed worldviews. One is the eternally true Torah view, while the other is the misguided view of hedonism.

“Satisfaction is the death of desire.” What does that mean? What is true “satisfaction”? And what marks the “death of desire”? If you ask a hedonist, he might tell you that “satisfaction” is the sensation you feel when you fulfill your desires, when you experience immediate gratification and pleasure. To that same individual, the “death of desire” is marked by the quenching of one’s fiery passions which supposedly takes place when one pursues and fulfills his desires. But, this is nothing short of perhaps one of the greatest misnomers of life.

The truth is that one who pursues instant gratification does not experience satisfaction. As Koheles puts it, “Oheiv Kesef Lo Yisba Kesef”-“He who desires money will not be satisfied by money” [Koheles 5:9]. What then is true “satisfaction”? What marks the true “death of desire”? Where is the grave of gratification?

The answer is at “Kivros HaTa’avah.”

Hashem could have rightfully starved the B’nei Yisrael and taught them that “you can’t always get what you want.” But, instead, Hashem sought to teach them a lesson so much more fundamental and so much more poignant: “Be careful what you wish for…” Indeed, sometimes you get exactly what you want! But, maybe, what you think you want is not what you really want. At the end, we all want to achieve “satisfaction,” and indeed, it can be achieved with the “death of desire,” but if we think that that means living life in pursuit of our innate desires, we will never achieve satisfaction. That is because the death of desire is met when we overcome it, and NOT when we succumb to it. Thus, the Gemara in Succah [52B] intimates, ironically, that the more we feed our inclinations, the hungrier they actually become, whereas the more we deprive them, the more satiated they become! Apparently, when we succumb to desire, it does NOT get quenched. It never goes away, not until the day one dies at which point he can no longer desire anymore!

Indeed, Kivros HaTa’avah is not merely a location where a bunch of voracious ingrates were buried, but it is where the desire itself died once and for all… NOT because the complainers got what they wanted, but because they were dead and could desire no longer! Indeed, their desires died, but unfortunately, it was not, in fact, until they descended to the grave with them. Desires died and were laid to rest at Kivros HaTa’avah, but they took some human casualties with them. The real tragedy is that it did not need to be that way.

The battle against the Yeitzer HaRa is an extremely tough one, no kidding. But as Hashem warned Kayin, “V’Atoh Timshol Bo”-“you can overcome it” [Bereishis 4:7]. And when you do, oh how satisfying it will be. How gratifying it will be when we’ve overpowered our extraneous, earthly passions and gotten them completely out of our system, not by giving into them that one time, but by deciding that we could do much better without them. When we make that decision, we will achieve true satisfaction, as long as we’re careful to remember what that word means.

Yes, “satisfaction is the death of desire” and you could take it as you will. But, realize that how we take it makes a world of difference.

May we all be Zocheh to yearn for and ultimately achieve that true, eternal, Torah sense of satisfaction in its fullest form with the coming of the Geulah, Bimheirah BiYomeinu! Have a Great Shabbos!