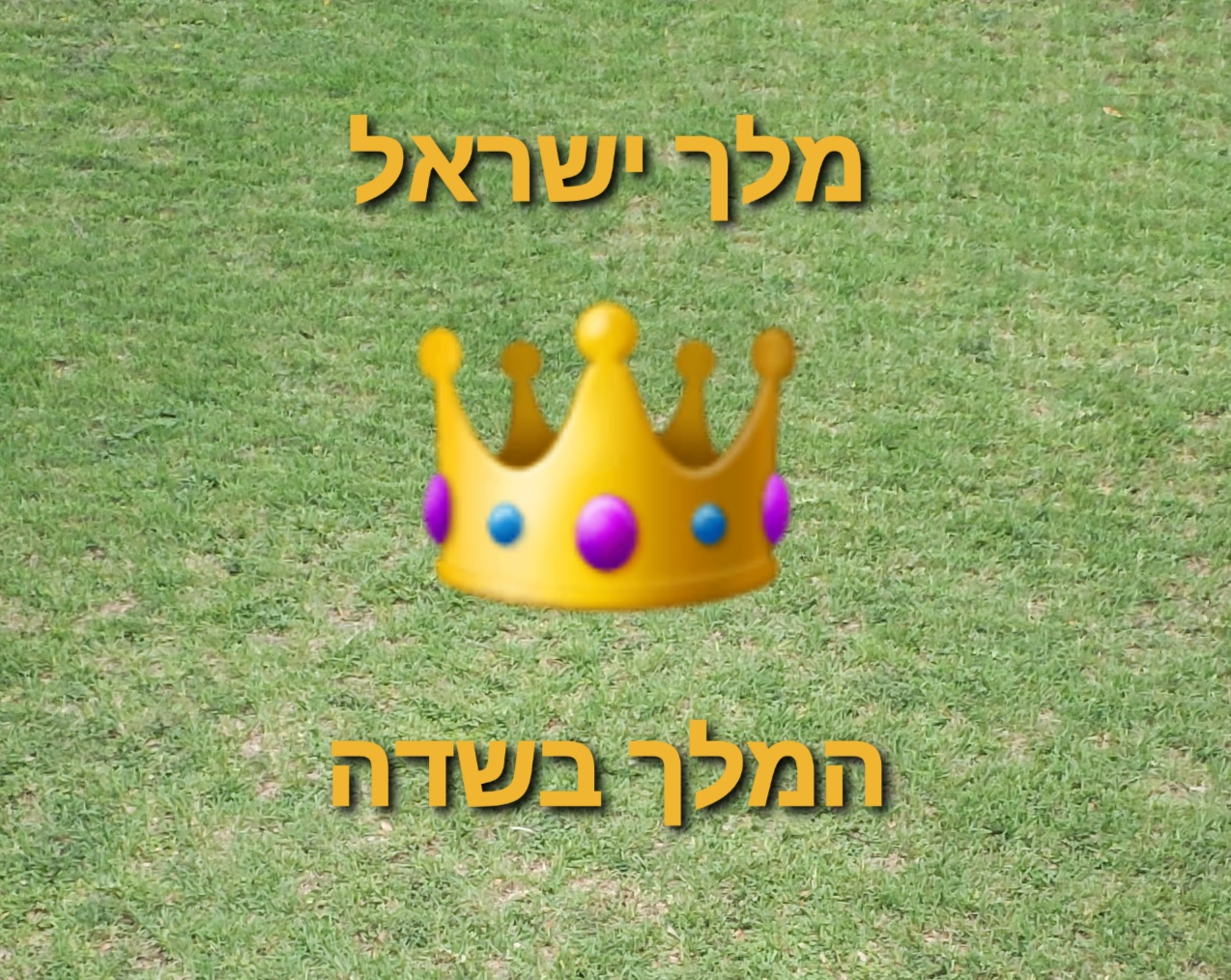 “The King of Israel & the King in the Field”

Elul has become known as the time when “HaMelech BaSadeh”-“The King is in the Field.”

It is perhaps of no coincidence that it is in this month that we have the opportunity to read and learn about the role of a Melech Yisrael. What in fact is the nature of that role? And how does it inform the way we ought to relate to Hashem as the King of Kings?

The truth is that as much as we are intellectually familiar with the concept of a king, experientially speaking, today, we hardly have a concept at all. We don’t really know what it feels like to be at the mercy of a powerful monarch who can take our lives in an instant if we step out of line and violate his whim. And yet, Hashem is the King of Kings, Who sees our every misstep, of which there are many, and before Whom we hardly tremble on a daily basis. The worldly king inspires natural fear, a fear which, if we had the same amount for Hashem, we’d never think of sinning. But, we lack such a king and we lack natural fear. Therefore, we can’t help but feel like we are missing something because we don’t really know what it is like to have a king.

But, what if this concept of a king is also not quite how we’re supposed to relate to Hashem? Whatever concept of a king we DO have in our imagination, regardless of what has influenced that imagination, the worldly king is apparently not entirely how the Torah conceives of the role of a king, at least not the Melech B’Yisrael. In fact, the Torah implicitly premises its rules of a king with this critical contrast; the sequence is that we ask for a king “like that of all of the nations” [Devarim Cf. 17:14] and then the Torah precedes to dictate how different the Jewish king is. It is for this reason that Chazal teach that one should make an effort to see even a gentile king so as to discern between him and a Jewish king [Brachos 9B, 19B, & 58A].

If all of the above is true, what more profound lesson might the unique Melech B’Yisrael teach us about our relationship with the King of the Universe Who is apparently “in the field”?

Yes, like a worldly king, the Melech Yisrael has wealth, and power, both political and legal. Life and death are practically in his hands. But, among other reservations, the Torah cautions that the Jewish king can’t have too much wealth or be arrogant, and that he must keep an additional Sefer Torah with him always. He is not just powerful, but he is measured and balanced by Hashem’s Torah. And for what purpose? “So, that he may learn to fear Hashem” [Ibid. 17:19]. The essence of the Jewish king is to be a model of Yiras Shamayim.

But, isn’t that the same point where we started? We already explained that the worldly king inspires natural fear, which, once again, if we would experience it ourselves, could impact our relationship with Hashem immensely. However, there is a major difference between this natural fear and Yiras Shamayim.

Yiras Shamayim is not a fear of death or any punishment in this world. Literally speaking, “fear of heaven” is specifically about something beyond this world. After all, any crime we commit against Hashem should have repercussions heavier than any which we can imagine in this world. And yet, even that doesn’t fully capture the true meaning of Yiras Shamayim. Ramban understands Yiras Shamayim, better translated as awe or reverence of heaven, as having nothing to do with punishment at all, but with spiritual consequences that our thoughts, words, and actions have on our relationship with Hashem. It’s not about trembling in fear of the unknown. It’s about having awe and reverence for spiritual reality, i.e. reality.

When a worldly king is nearby, we tremble and behave because we fear punishment. And when he passes us by, we sigh in relief and return to normal life. But, when “HaMelech BaSadeh,” when THE King of Kings is in the field, we are awakened to a more profound reality that every single decision we make has a spiritual and eternal effect on our souls and our relationship with the Eternal King. And when the King leaves the field, if we’ve gained anything from when He was there, we nonetheless continue to live our lives differently, as though He still there. And that’s not because He is still there, which He is, but because the reality hasn’t changed; our every action continues to remain eternally significant.

In this way, as frightening as Elul can seem, it is also somewhat comforting. The Yiras Shamayim that the Melech B’Yisrael models is not about punishments for misbehavior, but about our ability to choose a way of life, the authentic way which connects us to eternal life, a choice that is constantly at our disposal. Elul is just a loud, but friendly reminder that that choice is always there. Yes, King of Kings is “in the field,” but not to catch us in the wrong or mete out punishments. Let’s face it; He can do that from His “palace.” He comes to the field as an act of loving-kindness, to give us that loud but friendly reminder to make the right choices, day by day and moment by moment, as each choice has impact that is eternal.

We should all be Zocheh to take spiritual advantage of the opportunity of HaMelech BaSadeh and He should guide us to make the appropriate decisions today and beyond into the day of the Melech HaMoshiach, Bimheirah BiYomeinu! Have a Great Shabbos!