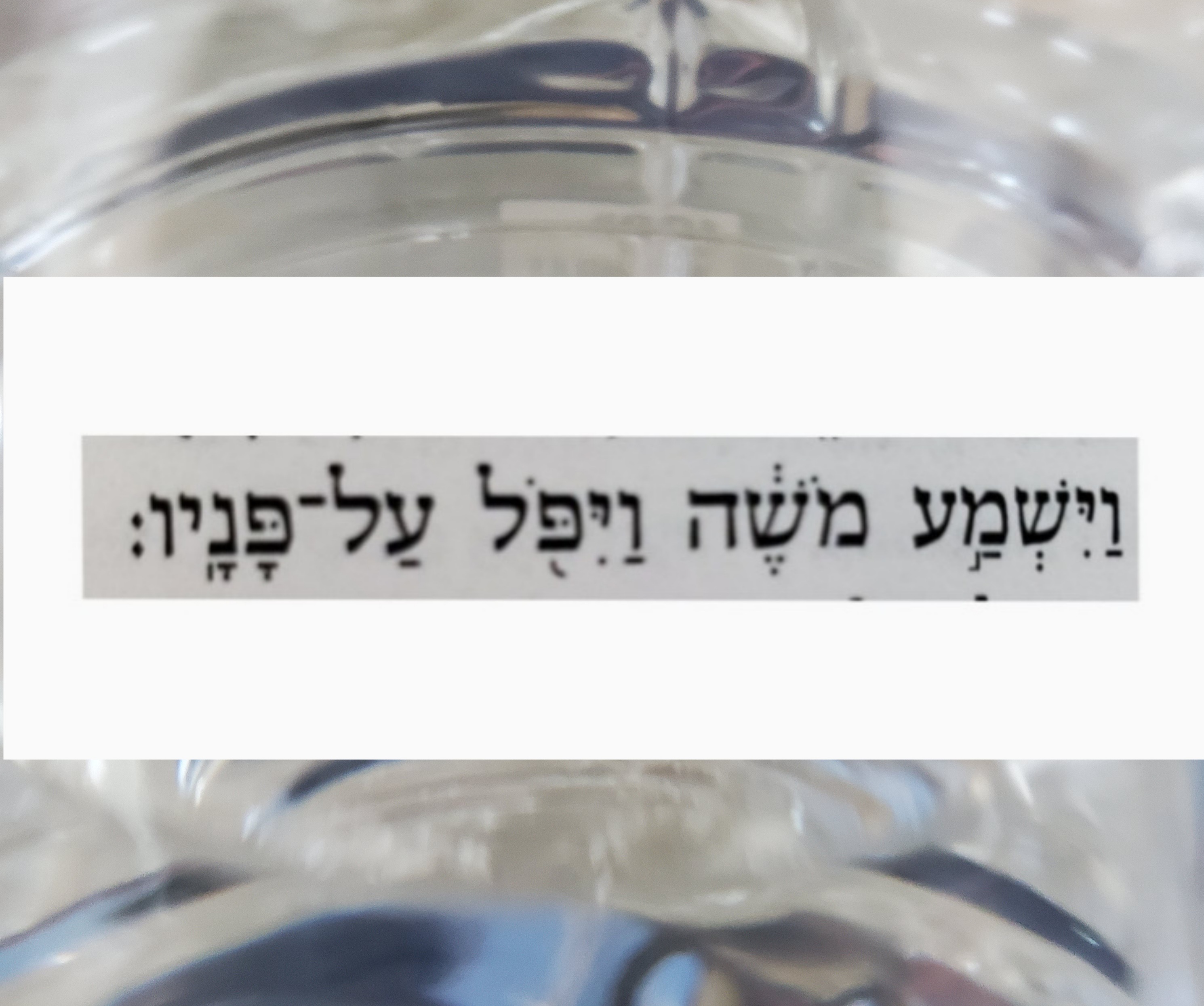 What was it that made Moshe Rabbeinu right and Korach wrong? Presumably, it is the simple fact that Hashem had chosen Moshe and not Korach. Is there need for any further discussion? For us today, perhaps not. But, for everyone present at the time of Korach’s rebellion, this given was not taken for granted. In fact, it was the very matter of contention. Had Hashem chosen Moshe and Aharon or did Moshe fabricate his chosen-ness out a desire for personal grandeur and honor his brother out of nepotism? To answer this question unequivocally, Moshe summoned Hashem to intervene with a wonder to reaffirm His decision.

Given that the chosen-ness of Moshe and Aharon was apparently was not a given for the immediate spectators of Parshas Korach, we have to wonder who at the scene of Korach’s rebellion could have known better. Over two hundred of the most influential princes of Israel were convinced by Korach’s campaign and awarded Korach their endorsements. Clearly, they were tragically mistaken, but did they have a chance? They were not at the Burning Bush when Hashem expressly selected Moshe. Once Korach raised doubts about Moshe’s chosen-ness, were there any leads toward the truth of the matter? Was there even a clue of Moshe’s evident chosen-ness before the earth opened beneath Korach?

The Answer in Plain Sight

For the answer, we have to return to Korach’s argument: Moshe is hoarding the honor for himself and those closest to him; “…Madua Tisnas’u Al K’hal Hashem?!”-“…why do you raise yourself above the congregation of Hashem?!”1 That was the allegation. That was the question.

The answer to this question appears in no later than the very next verse. “Vayishma Moshe Vayipol Al Panav”-“And Moshe heard and he fell upon his face.”2 We do not appreciate the incredible sentiment of this Pasuk; therefore, I will restate it: “And Moshe heard and he fell upon his face.” Once again, this is the tell-all answer to Korach’s argument. Korach stated that Moshe elevated himself above others. Our thinking is likely that Moshe should have retaliated: “Korach, you are out of your mind! I never wanted this job!” But, once again, perhaps only we know that Moshe was the “Anav Me’od MiKol HaAdam”-“most exceedingly humble of all mankind.”3 But, before presenting any arguments to Korach or contending to rightfully defend his honor against this egregious allegation, he “heard” Korach out “and fell on his face” in total submission! Indeed, he did not raise himself up, but he threw himself down.

This humility was not just an “important Midah” that Moshe had mastered and which Korach had not, but it was the winning Midah, perhaps the very reason for the respective chosen-ness of both Moshe and Aharon in the first place. Yes, they were the most humble individuals, which is also why they could not possibly generate a counter campaign to Korach’s and needed Hashem to declare them the winners. (Indeed, in modern politics, humility is a disadvantage.) But, this absolutely most crucial Midah was likely why they won Hashem’s favor in the first place.

In a similar vein, this Midah of humility is the reason heaven itself would later also award the “victory” of Halachic authority to Beis Hillel over Beis Shamai.4 For the same reason, Chazal teach us to “always be humble like Hillel and not ‘impatient’ like Shamai.”5

Indeed, this winning Midah is a lost Midah today. Whether on social media, in politics, or any relationships, everyone struggles for attention, grandeur, and honor. No less in the most religious forums of Torah and Tefilah, how many people deliver Divrei Torah like this one to receive attention or lead a prayer service to hear the sound of their own voice and the compliments that follow? Even when we attempt to “enlighten” others with our “influence,” we implicitly accentuate our own upstanding virtue and depth of self-reflection. And even if we’re not lying about our qualities but are honest enough to admit to our foibles, we do so in the form of humble brags and use our “confession” as a pedestal and platform to preach to others, thus building ourselves back up. We never truly throw ourselves down. Humility is the lost Midah.

If we cannot master this Midah, at the very least, we can admit to ourselves that we struggle with it and meditate on it every so often. It might influence our course of actions. If we can do that, we may be well on our way to victory where it counts.

May we all be Zocheh to give to find the lost Midah of humility, give it the attention it deserves and in that merit, we should be hear the tidings of, “Anavim Higiya Z’man Geulaschem”-“Humble ones, the time of your redemption has come,”6 with the coming of Moshiach, Bimheirah Biyomeinu! Have a Great Shabbos!