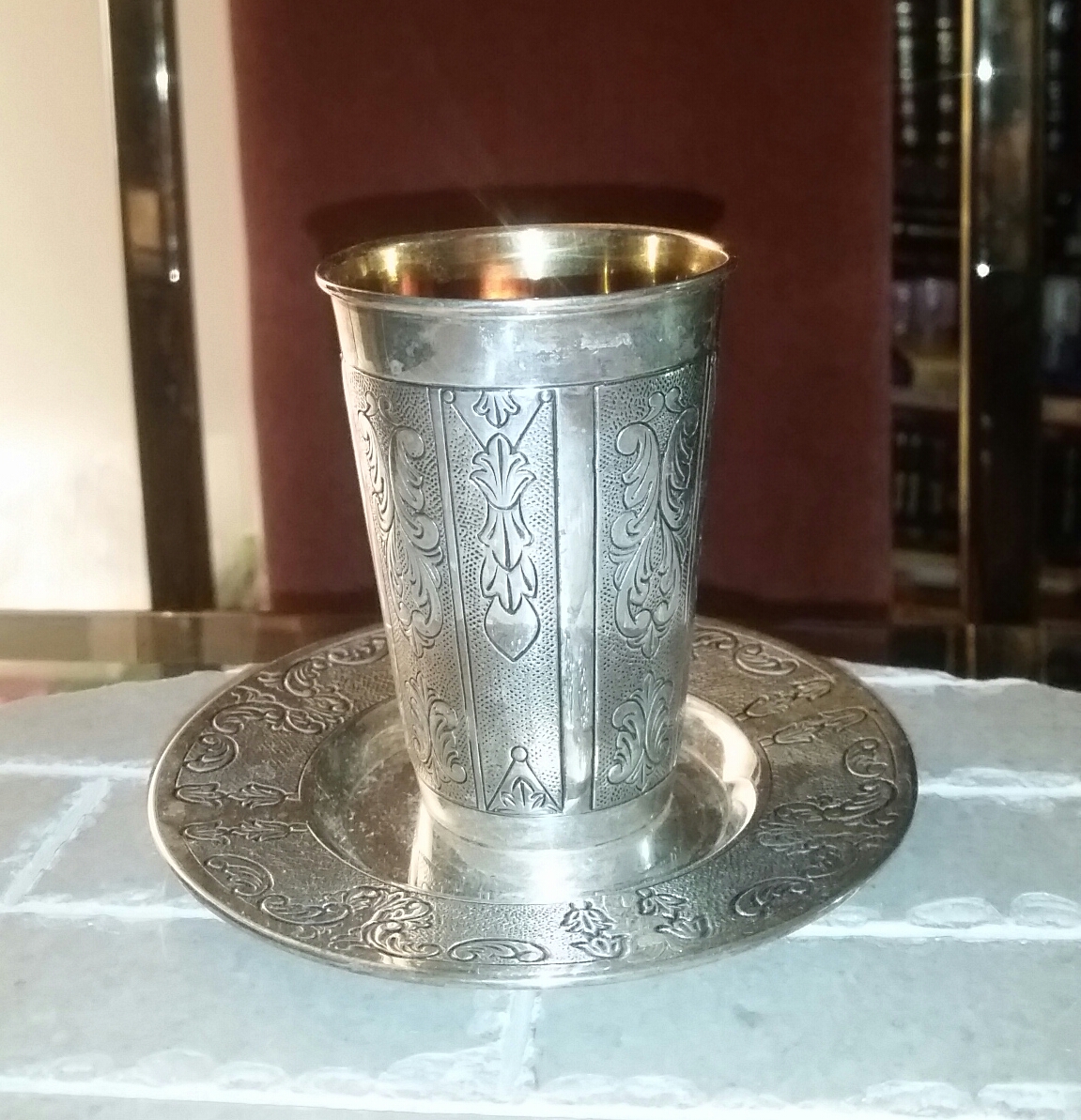 “The Secret Avodah of the 2nd Days”

What, in fact, is the Avodah of the “Second Days” of Pesach? This question is particularly pressing as Am Yisrael appears to have more work cut out for them during the “First Days” of Pesach than any other holiday of the year because of Seder night (of which there are two annually for those living outside Eretz Yisrael).

ITINERARY: The “First Days” & the Haggadah

We have outlined for us an expansive itinerary for the Sedarim with the famous, ancient manual known as the Haggadah. Jews of all ages devote hours each year to studying of the Haggadah and to carrying out the procedure outlined by the Haggadah during the Sedarim. Many Mitzvos and many more customs are observed on the nights of the Sedarim.

Despite all of that preparation and toil on the night or nights of the Seder, before we know it, the Sedarim have completely passed us over, and at that point each year, it often feels like we’ve hit this spiritual wall, lost for clear protocol moving forward toward the end of the already lengthy holiday, most of which is still ahead of us. Though we continue to refrain from eating Chameitz and eat Matzah as it still Chag HaMatzos, we don’t have any new, unique Mitzvos designed specifically for “Second Days” of Pesach.

Is the goal to continue talking about the Exodus? Are we supposed to use the remainder of Pesach to share all of the Divrei Torah on the Haggadah which we have not yet already shared during the Sedarim? Though the festival continues, there is no such obligation for any of these things. Is there a particular reason for that?

RETRACING OUR STEPS: The End of the Seder

It could be that this question does not really begin as we enter the “Second Days” of Yom Tov, the intermediate days of Chol HaMo’eid, or even immediately after the conclusion of the Seder. This question may actually begin during the Seder itself, towards the end of the Haggadah.

After the festive meal of Shulchan Oreich and the subsequent grace of Birchas HaMazon of Boreich, towards the end of the Haggadah, we reach a portion which seems to have little to do with the larger goal of the night as we’ve defined it, telling the story of the Exodus. Those are the portions known as Halleil and Nirtzah, in which we respectively praise Hashem’s wonders and sing to Him in jubilation and hope that He accepts our service favorably. The Halleil portion is odd because it is actually the continuation from the praises which we begun in the Maggid portion, but interrupted abruptly. What is also strange is that Seder seems to be already over by the point that we begin the Halleil portion. We’ve already discussed the Exodus, observed the Mitzvos of the night, and have Bentched on the final piece of Matzah in the portion of Tzafun.

The question is why the Haggadah was organized in this strange way that we begin and then interrupt the Halleil only to resume it at the end of the Seder. Moreover, what we are trying to accomplish in the Seder from then on with Halleil “Part II” and Nirtzah? What is the hidden Avodah that takes us from the Seder and on to the end of Pesach?

In answering the above question, perhaps we have to attain a greater understanding of who exactly authored or compiled the Haggadah. The challenge though is that it is not so clear who did. Many of the passages inserted into the Haggadah are really just excerpts from the Mishnah and the Gemara. Some of the poems and songs date back to early commentators in the period of the Geonim.

However, R’ Simcha Bunim Mi’Peshis’cha1 teaches that the original compiler or author of the Haggadah was none other than Eliyahu HaNavi. One clue of evidence among the many he cites is that the rare line of “Baruch HaMakom Baruch Hu”-“Blessed is the Omnipresent, Blessed is He,” which is featured as the opening blessing to the exegesis in the Maggid portion of the Haggadah, appears frequently in the Tanna D’Bei Eliyahu, the collection of Tannaic teachings ascribed to the “academy” of Eliyahu HaNavi.

The question is what would have been in it for Eliyahu HaNavi specifically to engage in such an undertaking? Why did he arrange this pamphlet?

LATE FOR THE SHIFT: The Kos Shel Eliyahu

And yet, if we are to entertain this suggestion on any level that Eliyahu is the secret tour guide for the Seder night, there is another important question for us to consider. Why does he come so late into the night?

Indeed, just before the Halleil portion of the Seder, we have a Minhag of pouring a fifth cup of wine which has become known as the Kos Shel Eliyahu. According to later tradition seemingly first reported by R’ Zelikman of Bingen2, this cup is poured in anticipation of Eliyahu HaNavi’s arrival, perhaps, as a guest appearance at this point of every Seder. But, if Eliyahu is ultimately the one walking us through the Seder as the secret author of the Haggadah, why does he wait until virtually the end of the Seder to “show up”?

EARLY FOR THE SHIFT: Back to Shabbos HaGadol

Apparently, Eliyahu HaNavi is not only late every year for his tour shift on Seder night, but he may actually also come a bit early for it each year as well.

Not only is this theory or hidden tradition about Eliyahu’s involvement in the Haggadah fascinating and mystifying in its own right, but if true, it would explain the correlation between the Minhag of reciting the Haggadah on Shabbos HaGadol, the Shabbos prior to Pesach, and the special Haftarah that is read on Shabbos HaGadol which references the arrival of Eliyahu HaNavi; “Hineih Anochi Sholei’ach Lachem Es Eliyah HaNavi Lifnei Bo Yom Hashem HaGadol V’HaNora”-“Behold, I am sending to you Eliyah the prophet before the arrival of the Day of Hashem, (which is) Great and Awesome.”3

In fact, the Avudraham suggests that the name “Shabbos HaGadol” is derived from this verse in the Haftarah which anticipates the “Yom Hashem HaGadol V’HaNora.” If it was indeed Eliyahu who brought us the Haggadah, then with the above suggestion of the Avudraham in mind, perhaps we could suggest that Shabbos HaGadol is actually the Shabbos that anticipates the “Great” and “Awesome” Day of Hashem, the time of our redemption as it begins on Seder night. Perhaps it was with this in mind that Eliyahu brought us the Haggadah, the manual to for Seder night. Thus, the Navi concludes that when Eliyahu comes, “V’Heishiv Leiv Avos Al Banim V’Leiv Banim Al Avosam…”-“And the heart of the fathers will return onto the sons, and the heart of the sons on their fathers,”4 as it is through the Haggadah which is related between father and son, that their hearts become reconnected, a magical feature of the Seder experience.

But if all of the above is true, that means that Eliyahu HaNavi apparently shows up on Shabbos HaGadol to “drop off” the Haggadah as it were, and then meets us back at the end of the Seder in the portion of Halleil which culminates in a series of passages referred to by Chazal as “Halleil HaGadol,” the “Great Halleil,”5 which interestingly also takes on the name “HaGadol.” In the greater landscape of Pesach, it is apparently at these two “bookend” slots that Eliyahu “appears.” The question is why Eliyahu disappears for the duration of the Seder in between.

And what exactly is Eliyahu’s preoccupation with Bris Milah? Interestingly, aside from the Kos [כוס] Shel Eliyahu of the Seder night, according to tradition, there is a Kisei [כסא] Shel Eliyahu, a chair or throne of Eliyahu, present at every Bris Milah ceremony.  Now, why does Eliyahu have a special seat at the scene of the Bris Milah?

The Midrash7 tells us that Eliyahu essentially condemned the B’nei Yisrael for having neglected their Bris Milah,8 however, G-d dismissed Eliyahu’s condemnation of the people assuring him that the B’nei Yisrael would henceforth observe the covenant and that Eliyahu would witness it each time. Hence, the Kisei Shel Eliyahu.

WHERE THE JOURNEY BEGINS: End of the Seder, the End of Days

What emerges from all of the above is that although Eliyahu is apparently going to be sent to us before the final redemption, he actually appears at a couple of earlier points, preparatory stages surrounding the Seder. He oversees Bris Milah, possibly guides our Seder, and shows up once again at the end of the Seder.

With the above, we can perhaps begin to understand not only why it is that Halleil is split, but what we are trying to accomplish during the Seder portions of Halleil and Nirtzah, and, of course, why it is that Eliyahu does not show up until that point altogether.

The Abarbanel (alternatively, Abravanel) among others suggests that the second portion of Halleil which culminates in Halleil HaGadol, as opposed to the earlier portion of Halleil known by Chazal as Halleil Mitzrayim4, is not addressing the Exodus from Egypt, but is praising G-d over the wonders of the final redemption to come! That is when Eliyahu shows up.

Indeed, because although we think of the bulk of the Haggadah and the Seder experience as the reliving of our redemption, which on some level, it is, ultimately, it is apparently only the beginning of the true redemption experience. The Haggadah, as we’ve alluded to, is really only an instruction manual, a road map for the real journey towards our actual Geulah, the final redemption. The Bris Milah, in the same vein, is our ticket for the grand tour. But, that tour does not begin until the end of the Seder. That is why Eliyahu comes late to the Seder. He is not late at all. Halleil and Nirtzah is where the final Seder begins!

That means that the Pesach Seder as we know it is just the beginning, a preparatory stage, and a prerequisite. The components of the Seder are not, by any means, the final Geulah. Thus, after we have taken the first steps by engaging in Bris Milah and the Seder experience, if we have done everything correctly, Eliyahu should be able to arrive and guide us towards the final Geulah. Thus, Eliyahu leaves us the Haggadah on Shabbos HaGadol and then says “I’ll meet you at Halleil HaGadol,” the necessary next step after the Halleil Mitzrayim.

Where does all of the above leave us? What do we do when the Seder ends? What do we do moving forward? The answer is not to linger at the site of the Exodus and the Halleil Mitzrayim, but to build on the Seder experience and the Emunah we have developed therein, expanding and drawing out our Halleil HaGadol. We do not remain in Egypt, but we venture forth toward Kriyas Yam Suf which coincides with the seventh day of Pesach. We engage in a spiritual growth process known as Sefiras HaOmer. We hope and pray that Hashem finishes what He started with our Exodus from Egypt. We yearn for the Geulah to come.

More concretely, for the B’nei Yisrael in Galus, on the extra, eighth day of Pesach, the Ba’al Shem Tov had the custom of engaging in what is now known as the Seudas Moshiach.10 This meal parallels the Seder of opening night, featuring four cups of wine. However, this Seudah is not about Exodus that once was. It is about the Geulah that will be. Ushering in that final Geulah is the secret Avodah of the “Second Days.”

May we all be Zocheh to that final Geulah with the coming of Moshiach, Bimheirah Biyomeinu! Have a continued, Chag Kasher V’Samei’ach, a Great Shabbos, “Second Days” of Pesach, and a redeeming Seudas Moshiach!
– Yehoshua Shmuel Eisenberg 🙂