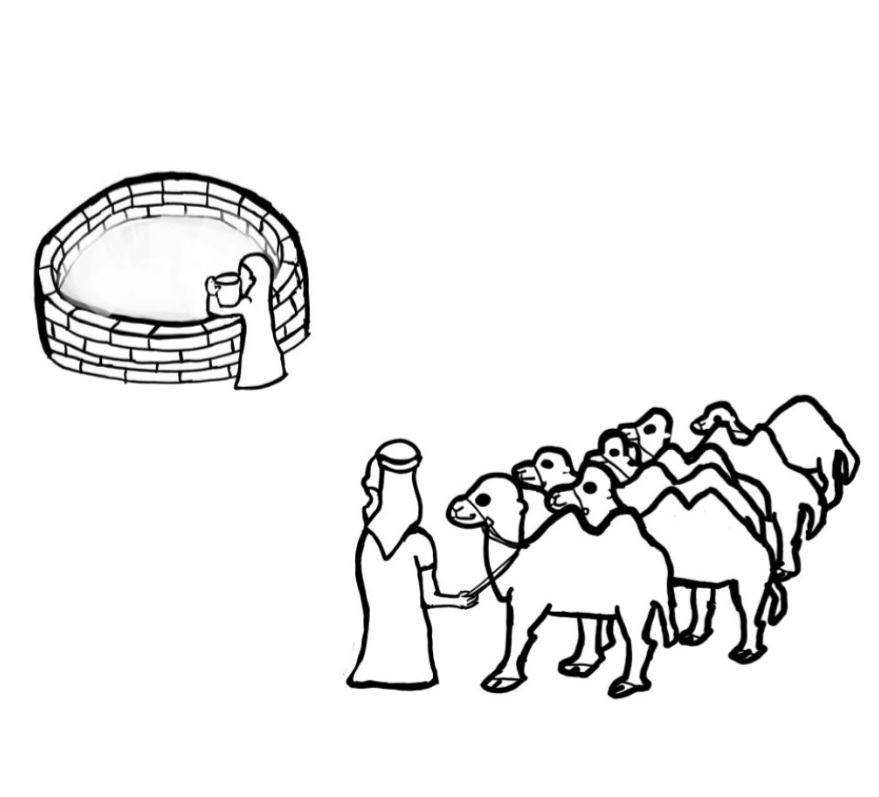 Question: What do these 2 stories have in common?

Answer #1: Both stories honor the life of שָׂרָה אִמֵינוּ. In the first story, אַבְרָהָם gives a eulogy for שָׂרָה and purposely spends a fortune to bury her respectfully. But, what about the second story?
The second story is really about רִבְקָה אִמֵינוּ. But, what was רִבְקָה’s job? To continue שָׂרָה’s job! To be the next “Mother” of the בְּנֵי יִשְׂרָאֵל by following שָׂרָה’s example. To continue teaching us about צְנִיעוּת (modesty) and חֶסֶד (kindness). This is the greatest honor to שָׂרָה.

Answer #2: Both stories teach us the lesson of “אֱמֹר מְעַט וַעֲשֵׂה הַרְבֵּה” which means to “say a little, and do a lot.”
In the first story, עֶפְרוֹן talked a lot about the חֶסֶד he planned to show אַבְרָהָם, but he didn’t follow through with action. He said that he would give אַבְרָהָם a grave for free but then charged him 400 silver Shekels! (This was not like אַבְרָהָם who offered just bread and water to the angels, but then fed them a large feast of beef and mustard!)
But, in the second story, even though רִבְקָה did not say very much at all, her actions were incredible! She gave not just אֶלִיעֶזֶר, but 10 camels water to drink. She spoke a little, but did a lot.

There are so many lessons to learn from חַיֵּי שָׂרָה. One lesson for now is that “actions speak louder than words.” Let’s learn from the modest and kind actions of אַבְרָהָם ,שָׂרָה, and רִבְקָה. Have a wonderful שבת!
Rabbi Eisenberg, Grade 3