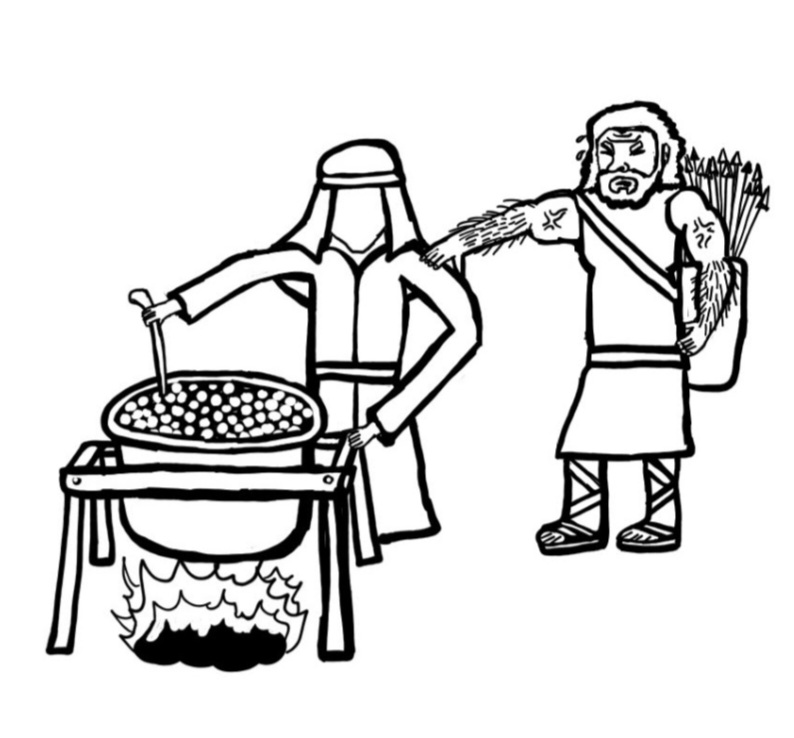 פַּרָשַׁת תּוֹלְדוֹת begins the battle of the brothers. Although brothers are supposed to be on the same team, in this case, one brother was a צַדִיק and the other was a רָשָׁע. But, that is not the only difference between them. In this battle, יַעַקֹב אָבִינוּ and עֵשָׂו have very different secret weapons.

“The voice is the voice of Yaakov, and the hands are the hands of Eisav.”

This is the secret difference between the brothers. יַעַקֹב’s power is his voice, while עֵשָׂו’s power is in his hands.

We are the children of יַעַקֹב. We don’t need to use our hands to fight when we want something. The weapon of the צַדִיק is so much more powerful. We have our voice and our words to talk pleasantly and respectfully. With our voices, we sing, Daven to Hashem, and speak holy words of Torah.

But, like all weapons, our voices are not only powerful, but they can be dangerous. If we are not careful, חַס ושָׁלוֹם, we might use our voices to insult people or speak לָשׁוֹן הָרַע. Instead, we should use our power of the voice to build people up and give compliments. Let’s be responsible for our incredible power and use the “voice of יַעַקֹב” the right way.

Have a wonderful שבת!