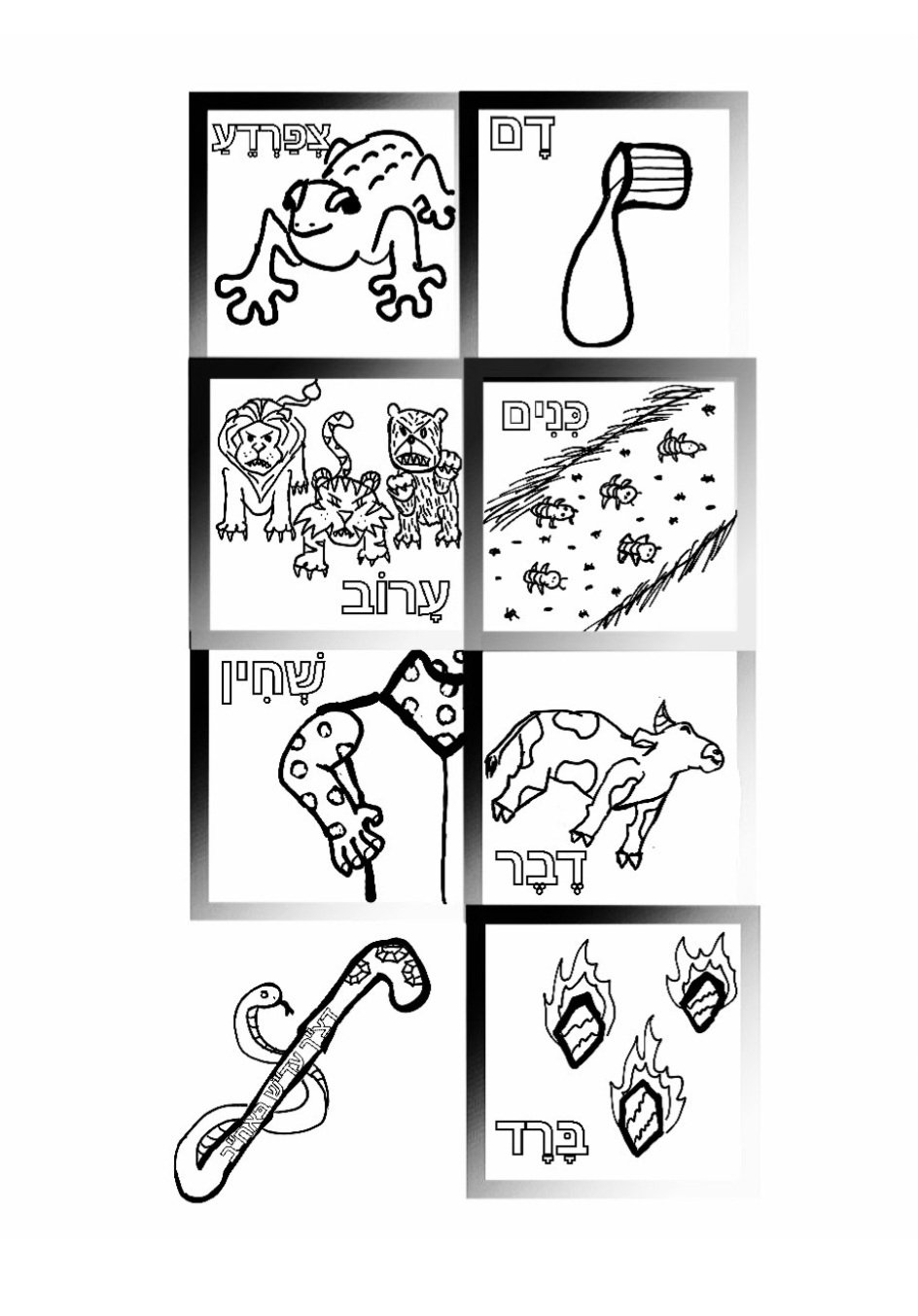 -It should also be a Z’chus for an Aliyah of the holy Neshamos of HaRav HaGa’on V’Sar HaTorah Shmaryahu Yosef Chaim Ben HaRav Yaakov Yisrael Kanievsky A”H, Dovid Avraham Ben Chiya Kehas—R’ Dovid Winiarz ZT”L, Miriam Liba Bas Aharon—Rebbetzin Weiss A”H, as well as the Neshamos of those whose lives were taken by terrorists (Hashem Yikom Damam), COVID-19, and other tragedies.

פַּרְשַׁת וָאֵרָא is when ה׳ finally begins to send the מַכּוֹת (plagues) against פַּרְעֹה. This week, we learn about the plagues of (1) blood, (2) frogs, (3) lice, (4) wild animals, (5) death of farm animals, (6) boils, and (7) fiery hailstones! Next week, we will learn about 3 more frightening מַכּוֹת!

Question: But, of all of the punishments which פַּרְעֹה received, which one do you think was the worst?

Answer: All of the 10 מַכּוֹת were terrible. But, there was one hidden plague that ה׳ hit פַּרְעֹה with that was probably the worst of them all. If not for this secret punishment, the rest of the plagues would have stopped. What was that punishment?

That ה׳ hardened פַּרְעֹה’s heart! Because פַּרְעֹה’s heart was hardened, he was able to remain stubborn and refused to let the בְּנֵי יִשְׂרָאֵל go. And because he was stubborn, even more מַכּוֹת came.

Usually, it is a good thing to not give up. But, that is only when we are doing what’s right. But, if we are not careful and we are stubborn for the wrong thing (חַס וְשָׁלוֹם), we could end up like פַּרְעֹה.

ה׳ should guide our hearts to do the right thing so we could bring Moshiach, בִּמְהֵרָה בִּיָמֵינוּ. Have a wonderful שבת!