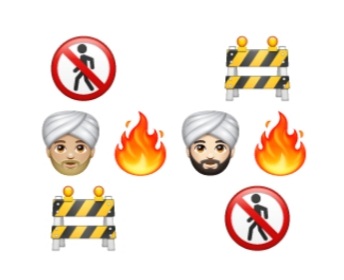 “Too Close for Comfort”

Although Sefer Vayikra is dominated by passages of laws, it contains one narrative around which the entire Sefer truly revolves; that would be the tragic story of Nadav and Avihu whose lives were taken when, on the eight day of the Mishkan’s inauguration, they entered the structure and performed an unauthorized ritual which literally backfired. As climactic as the story is, just how central is it to Vayikra? How in fact does the story of Nadav and Avihu impact the rest of the contents of Vayikra?

To answer this question, we have to address two more. Firstly, if it is true that Vayikra contains mostly laws and almost no narrative, why would it make an exception to tell the story of Nadav and Avihu? Secondly and perhaps more fundamentally, what is Sefer Vayikra really a book about?

Vayikra picks up from the end of Shemos which describes the completion of the Mishkan. It begins with Hashem’s call to Moshe Rabbeinu who was waiting outside the Mishkan. And why was Moshe waiting on the outside? Because he hadn’t yet been invited to enter in. Indeed, if anyone was worthy to enter, it was probably he, when Hashem’s Presence “rested” upon the Mishkan, Moshe took no liberties.

Finally, Hashem spoke to Moshe from the inside and began teaching the laws of the Temple rituals which we know as “Korbanos,” based on the word “Karav” which means to come close, as that is literally their function, to bring closeness between man on G-d. They are the way for man to come close to Hashem. That is what Vayikra is about; the appropriate way to approach and get close to Hashem.

Closeness was the goal of Nadav and Avihu. Perhaps Moshe Rabbeinu alludes to to this goal when he reassures their bereft father Aharon that they were “Krovim” to Hashem, individuals who were close to Hashem. The problem was that they didn’t take the hint from Moshe and actually went TOO close. They didn’t follow the instructions which dictate the proper way to get close Hashem. They had the will, but they did not have the way, at least not the right way.

The endeavor of approaching Hashem is a lofty and holy one which is why it so sensitive. The act must be treated with the precisely requisite Kedushah that is outlined by the Torah. That’s what Vayikra teaches us; the sensitivity to Kedushah.

The rest of Sh’mini, Tazria, and Metzora bring us the rules surrounding Tumah, ritual impurity, another obstacle to Kedushah that is needed to approach Hashem. Acharei Mos will teach us the appropriate way to enter the Holy of Holies. The rest of Vayikra will teach us where else Kedushah can be found and where exactly our sensitivity to the Divine is required. But, it is the story of Nadav and Avihu that triggers the siren and brings our attention to this Kedushah and need for absolute sensitivity.

We should be Zocheh to complete and rectify the mission of Nadav and Avihu by achieving appropriate closeness with Hashem, and Hashem should bring Himself close to us, rest His Presence among us in the Complete Third Beis HaMikdash with the coming of Moshiach, Bimheirah BiYomeinu! A Gut Voch! Sorry, I’m late!
-Yehoshua Shmuel Eisenberg