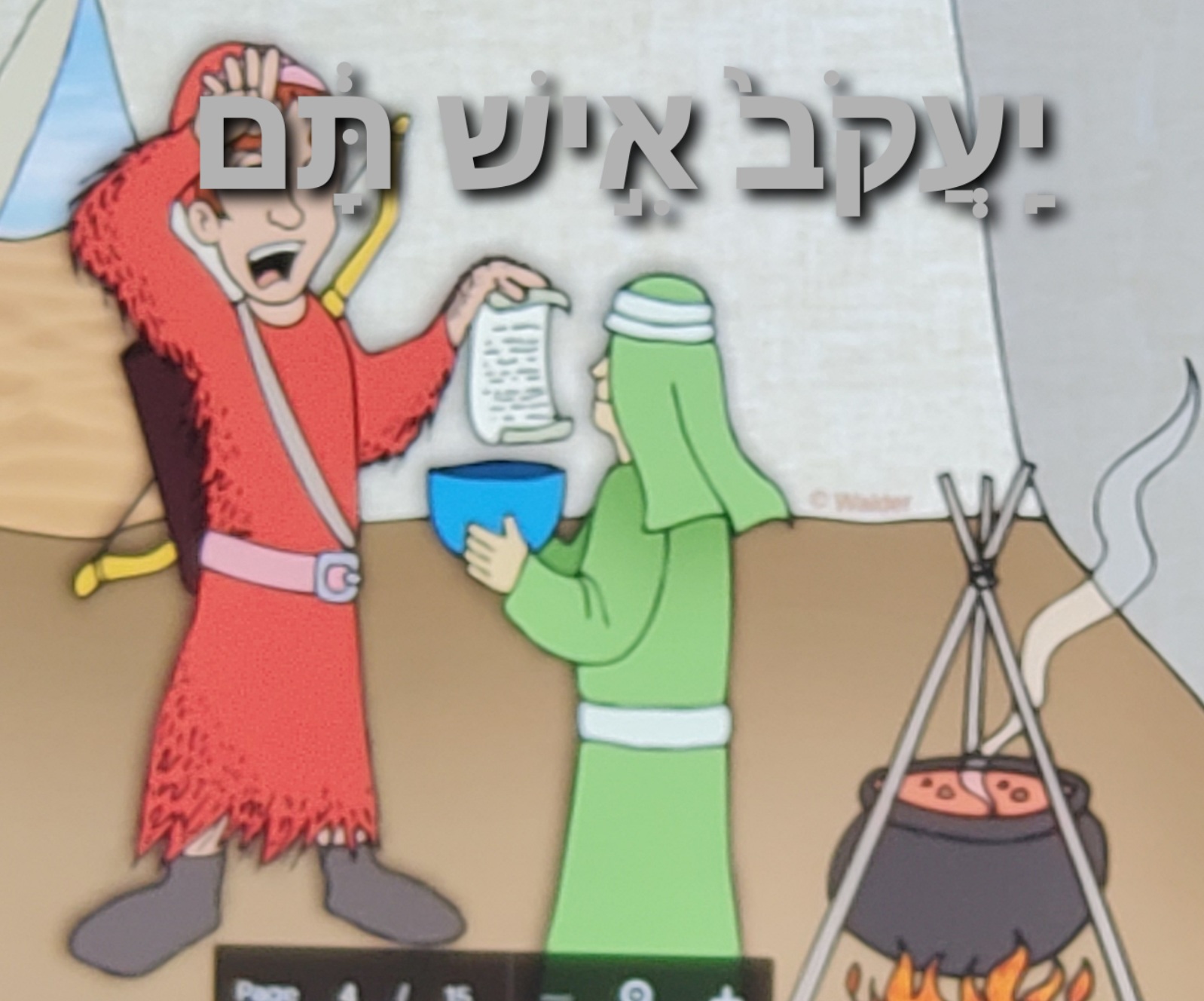 The following D’var Torah is a follow-up of my conversation with my brother R’ Daniel which can be found on my recent podcast titled: Real-Talk Torah: Confronting Yaakov’s “Lie” which can be found with my other podcasts on The DataBeis, https://jewishpodcasts.fm/thedatabeis

“Yaakov was an Honest Man”

One of the first things we’re told about Yaakov Avinu is that he was an, “Ish Tam,” [Bereishis 25:27] an innocent, wholesome and honest man. The connotations are clear. But, in case we weren’t sure, Rashi explains this description by contrasting it from the description of Yaakov’s older brother Eisav who was “Yodei’a Tzayid” [Ibid.], literally, one who knows the art of trapping, which Rashi interprets as one who knows how to use deceit to con others with his mouth. When the Torah shifts to its description of Yaakov as an “Ish Tam,” so does Rashi as he writes as follows:

“Eino Vaki B’Chal Eileh; K’Libo Kein Piv. Mi SheEino Charif L’Ramos Karui ‘Tam'”-“He is not an expert in all of these (aforementioned things); as is his heart, so is his mouth. One who is not sharp in deceiving is called a ‘Tam.'”

From these descriptions, we get the impression that Yaakov could not possibly, successfully utter a dishonest word. He was simply incapable, such that “as is his heart, so is is his mouth.”

Considering the above, plus the verse in Navi which declares “Titein Emes L’Yaakov”-“Grant truth to Yaakov” [Michah 7:20], Yaakov is known widely throughout our tradition as the “Ish Emes,” or a man of truth.

Now, the Torah, Rashi, and the Navi all knew the rest of the story when assessing the character of Yaakov Avinu. And at an honest first glance, despite the descriptions in front of us, Yaakov does not seem to emerge as a most innocent man. Was he righteous? He must’ve been, but was he capable of conning others, uttering misleading statements and even lying? From the plain read of the story, he did seem to con Eisav out of his firstborn status (even if Eisav himself didn’t originally value it). He did seem to at least mislead and possibly lie to his father Yitzchak when he seized the blessings even if we can make the argument that he was only obeying his prophetess mother Rivkah.

Indeed, the narrative recorded does not seem to support the picture we have of Yaakov. There is a tension so great that Chazal go so far as to teach that Yaakov’s exact words “I am Eisav your firstborn,” perforce, must be re-understood such that Yaakov actually stated “I am Yaakov,” the name “Yaakov” under his breath, followed by the factual statement, “Eisav is your firstborn” [Rashi to Bereishis 27:19 citing Tanchuma Yashan 10].

One might be inclined to snub this seeming re-reading of the story, but if we don’t suggest some kind of solution, we remain in a bind. It’s not like the story is painting one picture of Yaakov and the Sages are merely painting another. The Torah itself declares Yaakov’s overwhelming innocence! That is the Biblical heading provided for Yaakov Avinu, in stark contrast to the oral trickster in Eisav.

And yet, assuming, we grant an understanding of the story that cleans up what looks like a boldface lie, how much does it help? Ostensibly, Yaakov’s seeming dishonesty and intentional misleading of others was incorrect. Certainly by and large, we would discourage our own children from engaging in similar behavior. What then are we supposed to learn from Yaakov Avinu in our Parsha, and how are we to understand the seeming contradiction between the Torah’s own assessment and the story it tells?

Honesty in a Dishonest World

Without over-complicating an already complicated story, perhaps the Torah is teaching us a very delicate and nuanced lesson about differentiating between a person and his circumstances. The Torah could have easily told the us the story alone, reporting just the facts on the ground without including any extra editorials and assessments. Not every single fact needs to be modified with “context.” Because, again, why complicate things? But, had the Torah spared us its assessment of Yaakov’s overall character, we might have not only misunderstood this delicate story, but the deeper lesson that perhaps it meant to teach.

Without the Torah’s assessment of Yaakov, we might have looked at this story as a simple case deception. Like a child or an adult politician who simply lies to advance a personal agenda, so did Yaakov employ some shady tactics to “get what he needed.” We would have simply assumed that, yes, our forefather was a crafty and comfortable liar, plain and simple. We might not have known that regardless of how complicated Yaakov’s actions in our Parsha were, perhaps they were carried out under delicate conditions, which maybe, for those circumstances, could be justified. Indeed, Halachah does recognize various circumstances where bending the truth is appropriate and even preferable.

But, if we just assume that Yaakov was just a pathological liar, we not only criminally mischaracterize our forefather, but we fail to appreciate what might be a very sensitive series of exceptions to what is otherwise an important rule of honesty. The Torah is not addressed to a nation of pathological liars. And we didn’t become Hashem’s firstborn nation because, “lying is convenient” and “largely acceptable.”

Thus, before we learn anything about Yaakov Avinu’s actions, the Torah declares that Yaakov was an innocent and honest man. He was apparently a most uncomfortable “liar,” if we could even call him one at all. Yes, Yaakov would be involved in extremely complicated and gray situations. Indeed, he was a simple, honest man in a very complicated and dishonest world. Apparently, it was his brother who mastered the art of trickery, while Yaakov was no politician. And although we cannot simply go off on a limb and cut the corners of “honesty” without guidance of a Torah authority who can communicate the delicate circumstances under which such behavior is appropriate, we have to understand that in our complicated world, such circumstances exist. An honest man can be surrounded by overwhelming dishonesty and maybe adopt such tactics, and yet, he could still be not only a righteous man, but remain an honest man. That was Yaakov Avinu, the “Ish Emes.”

If you’re not absolutely satisfied, that is understandable. It’s a difficult concept to understand, let alone defend. But, our forefather deserves that effort and discussion. The Torah warrants it. It’s a complicated matter. There is much more to be said. But, for now, if we miss everything else, the Torah’s first word on Yaakov Avinu is “Yaakov Ish Tam.” Don’t lose that in this most complicated story.

May we all be Zocheh to not only be innocent, honest, and righteous individuals, but even in the most complicated of circumstances which require complicated measures, we should merit to retain the “Torah’s testament” to pur honesty of character, and Hashem remove all the complications of our complicated world forever with the arrival of the Geulah in the times of Moshiach, Bimheirah BiYomeinu! Have a Great Shabbos!